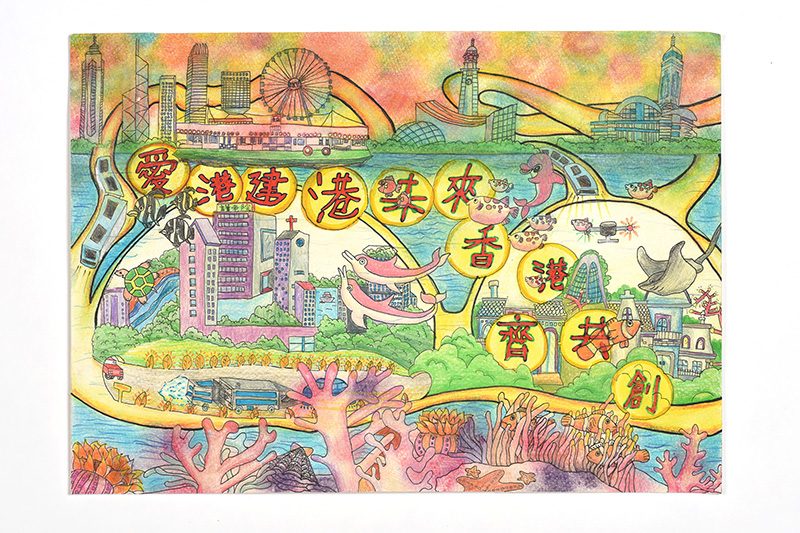 This post was written by Hong Wrong and originally published on Hong Kong Free Press on April 16, 2017. The version below is published on Global Voices under a partnership agreement.

Sovereignty over Hong Kong was transferred from the United Kingdom of Great Britain to China on 1 of July 1997.

Receiving over 3,000 submissions from December to February, the theme of the poster competition was “When I’m 20.” Children were asked to design a poster to share their thoughts of what life will be like when they enter their 20s. Secondary school students and members of the public were also invited to film videos on the theme of “togetherness.”

HKFP’s picks from the poster collection:

Eleven-year-old Chan Sau-yee won the competition with his colourful creation imagining a city with underwater houses:

To solve the problem of insufficient land supply, the government seeks land both in the urban areas and the countryside to build houses.

Why not think outside the box and build a city at the bottom of the sea by constructing large community houses and luxury flats so that Hong Kong's admirers of the sea can have one more option? 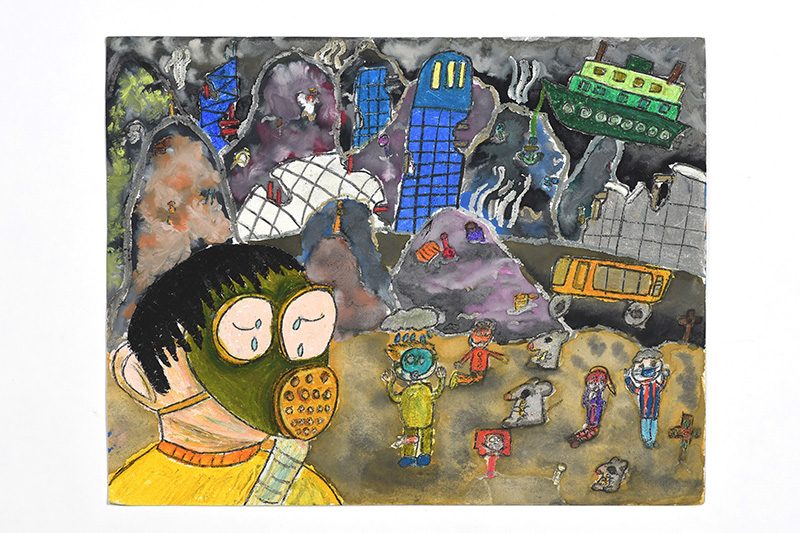 Eleven-year-old Lau Tsz-wang won the runner-up prize with an apocalyptic vision of the city’s future:

In my painting, Hong Kong has become a city of garbage where the air is toxic and everybody has to wear an oxygen mask, whilst buildings are damaged…

My painting is to remind people of [the importance of] environmental protection, not to generate garbage, so that our future would not look like my painting. 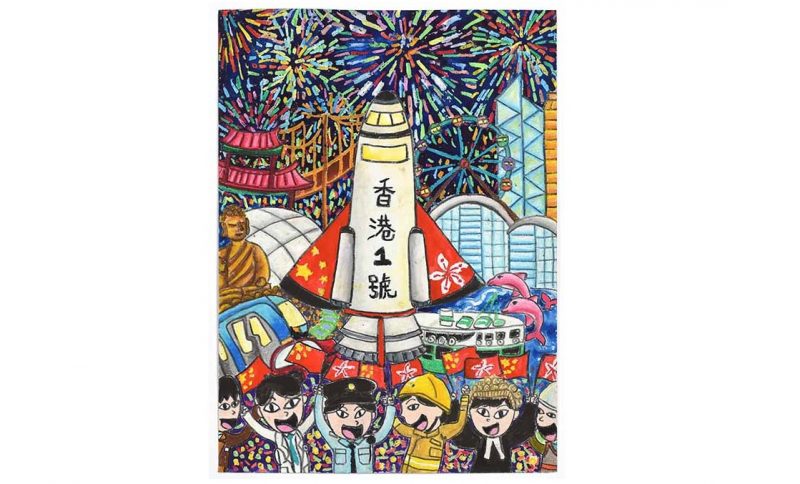 ‘Hong Kong Number One, Rising High to the Sky: The 30th anniversary of the Return of Hong Kong to the Motherland’, Chu Ching-fung. Image from HK government via HKFP.

Hong Kong Number One, Rising High to the Sky: The 30th anniversary of the Return of Hong Kong to the Motherland by Chu Ching-fung

Third prize was won by Chu Ching-fung, who had a more optimistic view of the city’s destiny:

By the time I am 20, I shall be a journalist…The first Hong Kong-built space shuttle (Hong Kong No. 1) was launched on the date of the 30th anniversary as everybody cheered and felt greatly encouraged… This is what I reported on [the] scene. 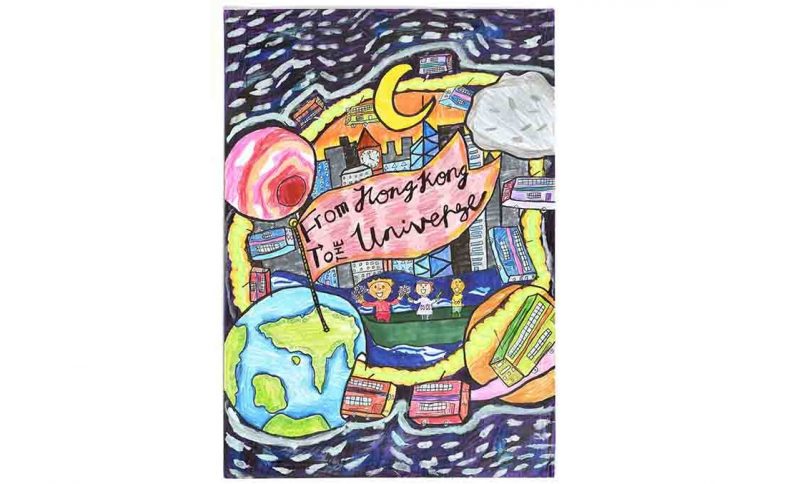 ‘From Hong Kong to the Universe’, Leah Lai. Image from HK government via HKFP.

From Hong Kong to the Universe by Leah Lai

Leah Lai, 9, won a merit for her poster inspired by her love of Hong Kong’s trams.

Trams have not only been running between the east and the west of Hong Kong Island,” she wrote. “When I’m 20, we may take the trams from Hong Kong to the universe to have a wonderful and amazing tram tour. 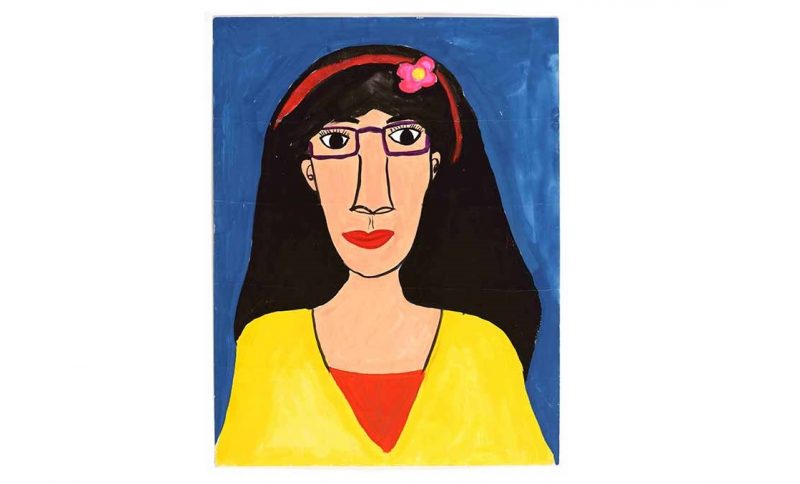 ‘Be honest and a person of commitment’, Wu Lok-yi. Image from HK government via HKFP

Be Honest and a Person of Commitment by Wu Lok-yi

Nine-year-old Wu Lok-yi seems to have cast a critical eye on Hong Kong’s news events while drawing this merit-winning poster:

I will never be a dirty hypocrite as often reported in the news. 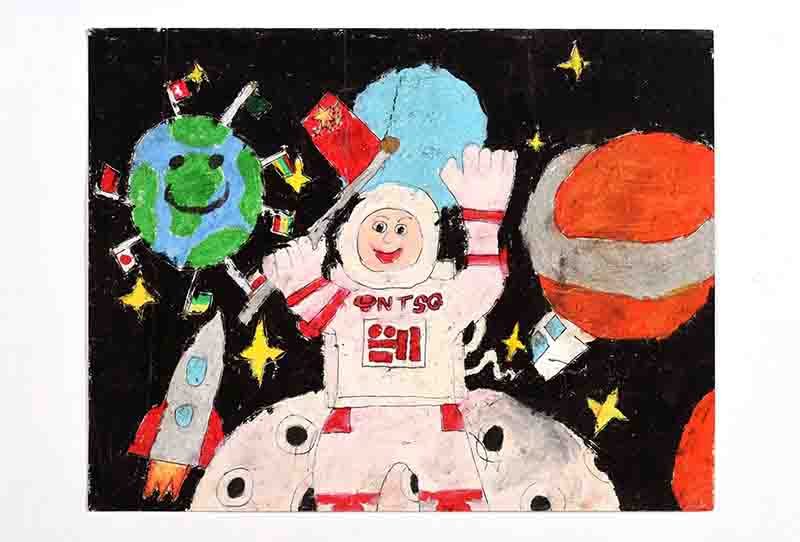 ‘I would like to be an astronaut when I grow up’, Leung Lai-man. Image from HK government via HKFP.

Although the subject of 9-year-old Leung Lai-man’s poster carries a Chinese flag, Leung says that by age 20…

I shall be working at NASA of the US in future.

I find a planet that has never been discovered before. After a while, I find a creature in space and I am very excited.

I see the entire Milky Way in space and return to Earth after one year, a very long time indeed.