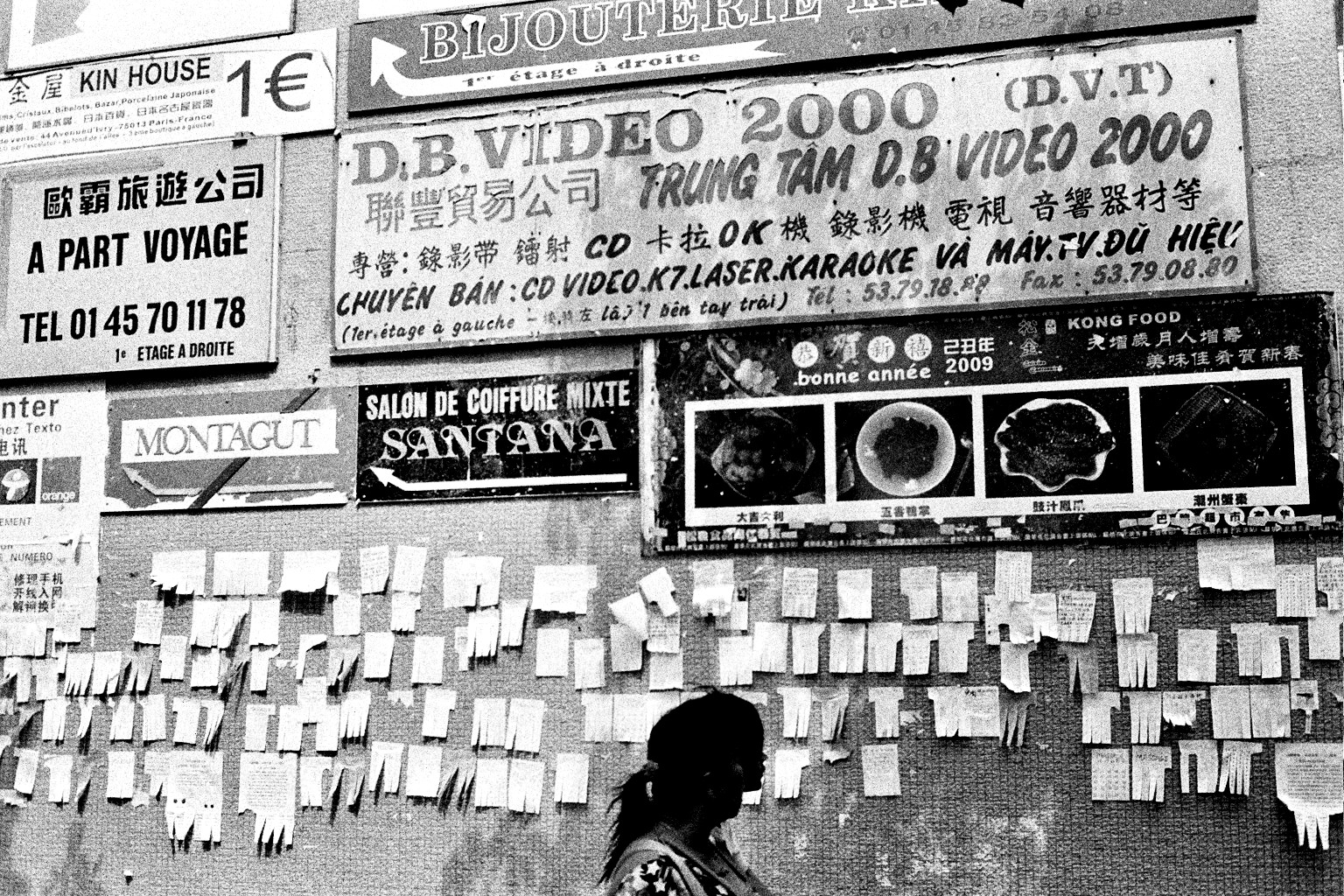 This story by Sophie Chou originally appeared on PRI.org on April 11, 2017. It is republished here as part of a partnership between PRI and Global Voices.

The French are no stranger to protests. One journalist even calls it “the French way.”

But after an older man was killed during a police encounter, the Chinese-French community erupted in protests in early April against police brutality and racial discrimination, a shock to those used to seeing this group as a non-confrontational “model minority.”

“The media, and I would say France, is very surprised with this demonstration because there is this cliche … about the Asian community, which is supposed to be a ‘model minority,’ very quiet and never opposing the authorities,” said Doan Bui, a journalist at L’Obs, a weekly news magazine in France.

In response to the death of Liu Shaoyo, a 56-year-old father of five who was shot and killed by the French police in his home on March 26, the Chinese diaspora in France is finding a new voice. In Paris, hundreds of demonstrators from the Chinese immigrant community gathered in Chinatown and at City Hall, the Place de la République, and the Place de la Bastille.

Peaceful rally for #LiuShaoyo. The crowd is arriving little by little. About 500 people currently.

Since Liu was killed, there has been disagreement about the circumstances of his death.

His daughters told the media that he answered the door holding a pair of scissors he was using to prepare fish for the family dinner. The police said that Liu was armed, and that they fired in self-defense.

Leo Takeuchi, spokesperson and community organizer for the anti-racism organization Asia2.0, said he believes that the shooting was racially motivated.

“If it was a white man, in his own house, they would have waited and tried to talk before shooting,” said Takeuchi, 25.

Takeuchi said he hopes that the Asian community in France can unite over the death of Shaoyo and fight against not just police violence, but the systematic mistreatment of Asians in France.

“The shooting is a tragedy, but the institutional racism, this is the more serious part,” Takeuchi said.

The protests are a departure from other recent demonstrations by the Chinese community, which asked for more protection from French police.

Chinese and Chinese-French Parisians say they are often the target of racially motivated muggings, based on stereotypes of Asians being easy targets for crime.

In August 2016, 49-year-old tailor Zhang Chaolin died after being robbed and beaten by three teenagers in the suburb of Aubervilliers.

But the protests in early April included signs demanding justice and accused police of violence. One decried “police colonialiste,” which means “colonial police.”

France has more Chinese immigrants than any other country in Europe, but there is no official data on the size of the population or crimes against them. That’s because under French law, it is illegal to collect data on race and ethnicity.

Experts estimate the size of the Chinese immigrant community to be between 500,000 and 600,000 in France, mostly residing in Paris. It is the largest Asian group in France, followed by diaspora of the former French colonies, Vietnam, Laos, and Cambodia.

The Chinese-French community may be getting more vocal, but it's still struggling to be heard. Both Bui and Takeuchi said Liu’s death and the subsequent protests were largely ignored by local officials, despite the upcoming presidential elections, where immigration is a central issue.

“There was no politician, except for one maybe, who talked about what happened [to Liu],” Bui said.

After Liu’s death, Dominique Sopo, the president of French anti-racism organization SOS Racisme, commented on police bias — but her statement included a reference that some felt only perpetuated racial stereotypes.

“It would be good if the police do not confuse a Chinese father who is cooking with a Japanese yakuza armed and trying to attack them,” Sopo said in an official statement on March 28.

In a follow-up email to PRI, Sopo clarified that the phrase was meant to “illustrate our criticism of prejudice.”

“We suspect that members of the police are working with heavy prejudices, hence our voluntary association of a Chinese father with an armed Japanese yakuza, in order to show the crudeness of stereotypes that can strike the populace,” Sopo said.

Takeuchi said he found the statement from SOS Racisme to be disappointing, and said there was little solidarity from other organizations.

“We feel a little bit lost, that even a very prestigious association adds jokes to the situation,” Takeuchi said.

Rally in progress at [Place de la] République for #LiuShaoyo. About 300 people gathered in peace. #DeathOfLiuShaoyo

One of the most difficult parts about fighting racism against Asians in France, Takeuchi said, is that the prejudices are two-sided. There are positive stereotypes about Asians, based off the “model minority” concept, and negative ones.

“We are facing the most difficult situation possible. We have to fight against the positive ones … and it is not a comfortable position for our association within France,” said Takeuchi.

Bui said that over time, Chinese protesters have gotten bolder and more vocal with their demands, led by the younger, French-born generation, who want to throw off the model minority label.

But the younger generation, Bui said, no longer cares for this reputation.

“Right now, the younger generation that was born in France, they are really fed up with this invisibility,” Bui said. “They don’t want to be the model minority or whatever, they just want to be French.”