War Between Spain and the UK Over Gibraltar? Social Media Says No Way, José! 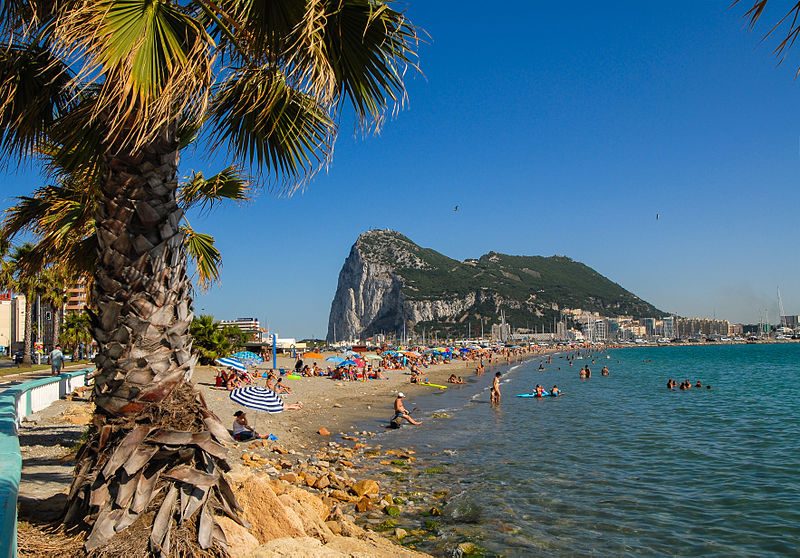 “Thirty-five years ago this week, another woman [prime minister] sent a task force half way across the word to defend the freedom of another small group of British people against another Spanish-speaking country. And I'm absolutely certain that our current PM would show the same resolve in standing by the people of Gibraltar.”

With these words, former Conservative leader Michael Howard sparked one of the most bitter controversies between Spain and the UK in recent years over Gibraltar.

What is Gibraltar? It's a small area strategically situated on the cusp of the Mediterranean, that was occupied by the British during the Spanish War of Succession and subsequently joined Great Britain in the 1713 Treaty of Utrecht.

Gibraltar has a little more than 33,000 residents, with a population of many origins, but dominantly Spanish and British, and have traditionally been very hostile towards any negotiation attempt from Spanish authorities to regain some or total control over the territory.

As a British overseas territory, Gibraltar has, until now, enjoyed a privileged position within the European Union, exempt from certain taxes, responsibilities and legislation. However, despite Gibraltarians having voted significantly in favour of remaining in the union in 2016's “Brexit” vote, Gibraltar has few options: given that residents have outright rejecting joining Spain or even co-sovereignty between both countries, the only remaining option is to leave the EU with the United Kingdom.

In early April, the European Council distributed guidelines amongst member states to be followed throughout Brexit negotiations. They explicitly state that future agreements between the EU and the United Kingdom will not apply to Gibraltar without Spain's consent, giving the right of veto to the latter.

This concession has enraged certain British Conservative politicians. Others have joined the aforementioned Howard, such as Boris Johnson, British foreign minister, who accused Spain of exerting “unacceptable pressure on Gibraltar's future involvement in Brexit negotiations”, and Defence Minister, Michael Fallon, who expressed his intention to protect Gibraltar “at all costs”. The chief minister of Gibraltar, Fabián Picardo, also declared, “Paying [for Brexit] with us is allowing Spain to act like a thug […] This is clearly harassment from Spain”. Rear-Admiral Chris Parry, a former director of operational capability at the Ministry of Defense even said:

Spain should learn from history that it is never worth taking us on and that we could still singe the King of Spain’s beard.

Tabloids have gone even further. The Sun published a memorable front page that provoked mockery from some internet users:

Sun columnist Kelvin Mackenzie published an article in which he branded Spaniards as “drunkards” and “donkey rogerers” and issued various outrageous threats, which included boycotting Spain as a tourist destination, closing off air space to Spanish flights (ignoring the fact that Iberia and British Airways belong to the same company) or extraditing the 125,000 Spaniards who work in the United Kingdom (also ignoring the almost 240,000 Brits who live in Spain). Mackenzie finished referencing late US President Ronald Reagan:

Reagan used to have a sign on his desk saying: “If you’ve got them by the balls, their hearts and minds will follow.”
For balls, read cojones.

Spanish authorities, which often utilise Gibraltar as a smokescreen to divert attention from more important issues, have not taken a stance on this almost warlike escalation, and British Prime Minister Theresa May has treated the subject with a certain levity.

Internet users from both countries have viewed the situation with even more humour, sowing the rift that exists between certain politicians and the public. For example, a survey by the Spanish edition of the Huffington Post that asks “Would you enlist in the Army to fight for Gibraltar?” currently holds a 74% negative response (so far, there's a total of 31.1K votes).

Despite a few exceptions, Twitter users from both countries have also viewed the subject somewhat humorously:

Why would we want Gibraltar, if we can't already exit a roundabout driving on the right imagine us on the opposite side!!!

We have to bring together the best for the naval battle of Gibraltar.

-How the hell do we get to Gibraltar now?
-I told you this would happen if the goat drove.
-And there's no signal either.

If I lived in Gibraltar and was given the option of joining Spain or staying part of UK, I'd choose Spain for the weather #brexit #gibraltar

Been in Spain 24 hours and nobody has tried to nick Gibraltar from me yet. Point. Winner.

But it is perhaps Francois Smit's tweet that puts this whole thing in the perspective it truly deserves: