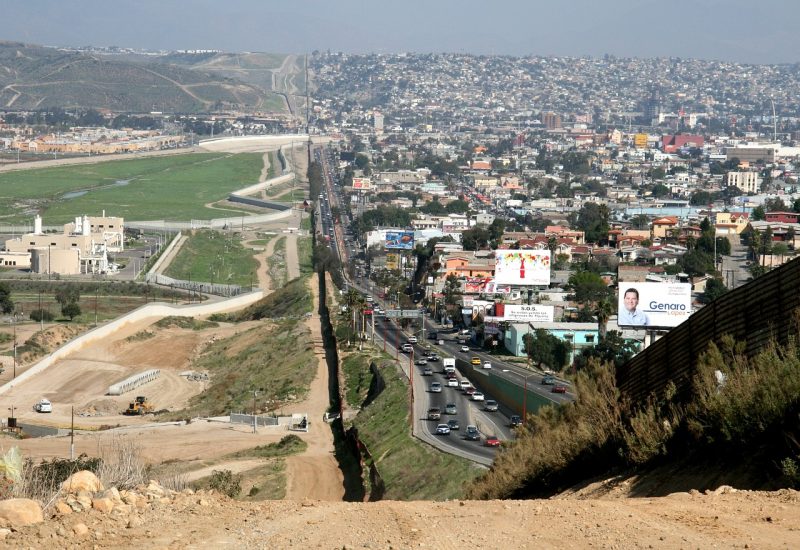 The border between the United States and Mexico. PHOTO: Public domain via Pixabay.

There is a line of the Mexican national anthem that’s embedded in the memory of millions of Mexicans, and that, it seems to me, would make an appropriate name for the Mexican government's manipulation of information. Here’s how it goes:

But if some foreign enemy should dare to desecrate your soil with the soles of his feet/Think, oh beloved Motherland, that heaven has given you a soldier in every son!

For many Mexicans the words of our National Anthem are difficult to understand. Millions conflate “mas si osare”, the first three words of the line, to “Masiosare”, believing it to be the name of the “foreign enemy,” the invader who must be repelled. I believe that these are the people at whom this impeccably executed government propaganda ploy is aimed.

I'm referring, of course, to a set of actions intended to indict the opinions of individuals. These actions revolve around convincing the masses that there is nothing more they can demand from the Mexican government—or more precisely, from the Peña administration—for the rest of the current six-year term, which ends in November of 2018.

The “foreign enemy” hasn’t been difficult to find. Today the favorite villain of the western world is a senile old man with a permanent tan and golden hair that barely hides the defiant strands of gray. A man who is none other than the tenant of the White House and leader of the government of the United States of America.

The doctrine, before being imparted to its recipients, came with a dose of shock therapy, plus several months of amplifying the panic-ridden discourse in the United States prior to the November 8, 2016 elections. By the eve of the election the therapy had already delivered results: the recipients of the treatment (in other words, the majority of Mexicans) had resigned themselves to paying more when converting pesos to dollars, to saying goodbye to their chance at the “American dream”, and to confronting another of the economic crises that the Institutional Revolutionary Party—Enrique Peña's party—has prescribed time and time again during the last century.

And the culprit responsible for all these Mexican ills? The despot, the tyrant, the evil ruler on the other side of the border! And on the Mexican side? Will nobody demand that President Peña, on Foreign Affairs Secretary Luis Videgaray, on two-time Secretary of Finance and Public Credit José Meade, and their teams be held accountable for having failed to “pave the way” and for leaving Mexico the mercy of the villain?

And what about their predecessors? What did they do to prevent Mexicans migrating to the United States because they didn't have—and still don't have—hope of living a decent life at home? Will they be held accountable for that, for their inability to build a state that guarantees fundamental rights for those who feel obligated to cross the border into the North?

Some leaders, such as governor Graco Ramírez or former Secretary of Foreign Affairs Jorge Castañeda, have had the gall to go to the United States and tell Mexicans who found it necessary to emigrate that their country was going to support them. How exactly, if it was their country who turned its back on them and caused them to leave? Besides, what if the migrants aren't interested in returning to Mexico, but wish instead to stay in the place they now claim as their home. Can you blame them for that?

With the rise of the “foreign enemy” the “non-foreigners”—ordinary Mexicans—have been forgotten, and well-known crooks like ex-governor Duarte and those who allowed him to escape, as well as everyone interested in shoring up a corrupt and rotting justice system, have failed at forcing criminals to pay for their crimes.

Yet today the masses don't identify those people as the architects of the squalor in which they live: they think of other people, others who are virtually untouchable by national mechanisms of control. Convenient, isn't it?

And so, in writing this piece, I dare to invite Mexican readers to continue informing themselves, preferably through independent media. To reach out and help the unfortunate recipients of the propaganda and—through any legal means available— focus their efforts on calling for a better government on our own side of the border.

A version of this essay was originally published in Spanish in Mexican Times.