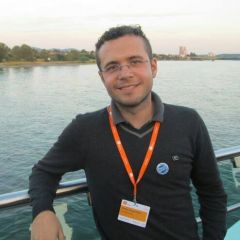 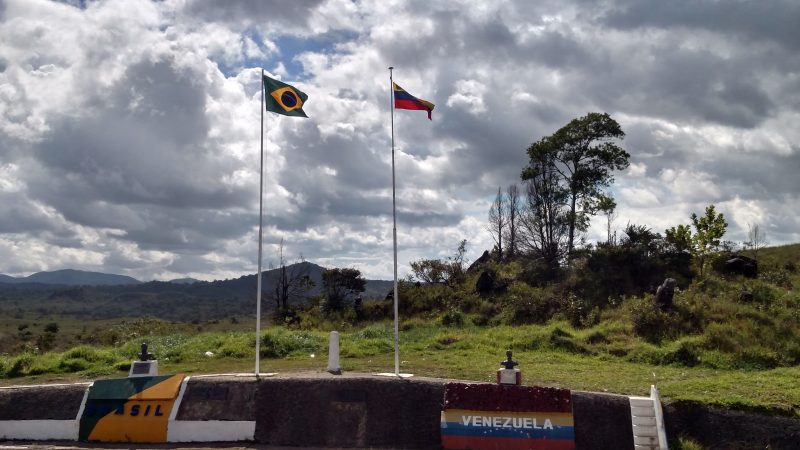 Journalist Rodrigo Borges Delfim is the editor of Migramundo, a partner of Global Voices. His trip to Roraima was partly funded by readers through a crowdfunding campaign.

Today there are thousands of Venezuelans living in Roraima, a state in northern Brazil that has made international headlines as a refuge for people fleeing Venezuela's economic crisis. As officials in Roraima have complained about a lack of support from the federal government, migrants say they've experienced prejudice from local Brazilians, and suffered under the state's bureaucracy.

“We're not here to play around. We are cursed because we speak Spanish. We suffer discrimination because we are Venezuelan,” Merlina Ferreira told Migramundo, a psychologist who has been living in Roraima's capital city Boa Vista for a year. She is one of the 30,000 Venezuelans who have settled in Roraima since early 2016, according to data from the state government.

This wave of migrants includes indigenous Warao people, the second largest indigenous ethnic group in Venezuela. Many of these people survive by selling their wares or begging for money in the streets.

Large numbers of displaced Venezuelans have come to the border town of Pacaraima, which neighbors the Venezuelan town Santa Elena de Uairén, and and they've arrived in Boa Vista. Many of these people have no access to permanent shelter, and must sleep in the open.

The migrants haven't gone unnoticed in the Brazilian media, where you can find reports about displays of both solidarity and prejudice from the local population.

In March, trying to understand the situation better, the Brazilian Public Prosecutor's Office sent a delegation of 40 representatives from different government agencies and NGOs to Roraima. The delegation was made up of people from all across Brazil.

“We must have a humanitarian perspective, but we also need to go deeper, as these people are the subjects of rights. Solutions can't just be short-term; we must think of solutions that are permanent,” said Federal Prosecutor João Akira Omoto, who led the delegation.

For three days, the delegation spoke to migrants and officials from numerous local and state agencies, also visiting a temporary shelter outside Boa Vista, before stopping in the town of Paracaima (where there is no shelter for migrants).

At the end of the mission, the Prosecutor's Office held a public hearing with migrants and federal, state, and local authorities. 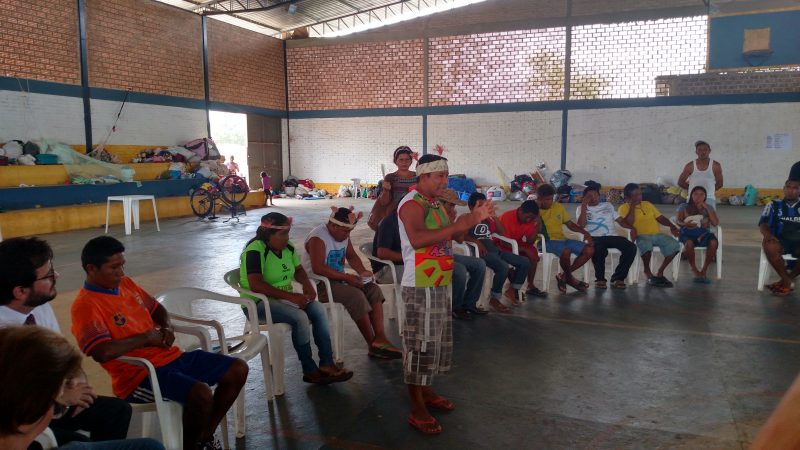 Both the city administration of Boa Vista and the state government of Roraima complained about a lack of resources to manage the influx of people from Venezuela. State officials argued that this was an issue for the federal government, also complaining that migrants were arriving without the proper documents. In fact, indigenous migrants from Venezuela typically don't carry papers of any kind.

“I can't register irregular migrants in our healthcare system. Without this registration, for example, I can't get more funding and so I risk providing medical care to the rest of the population. We don't have the resources to take charge of healthcare for those people here,” the attorney-general from Boa Vista, Marcela Medeiros, told Migramundo.

“What we're doing here is humanitarian aid,” said Suely Campos, governor of Roraima. “We won't leave women and children vulnerable in the street. Because there is an indigenous component to this, the question is even more profound. That's why we want the federal government to help us.” 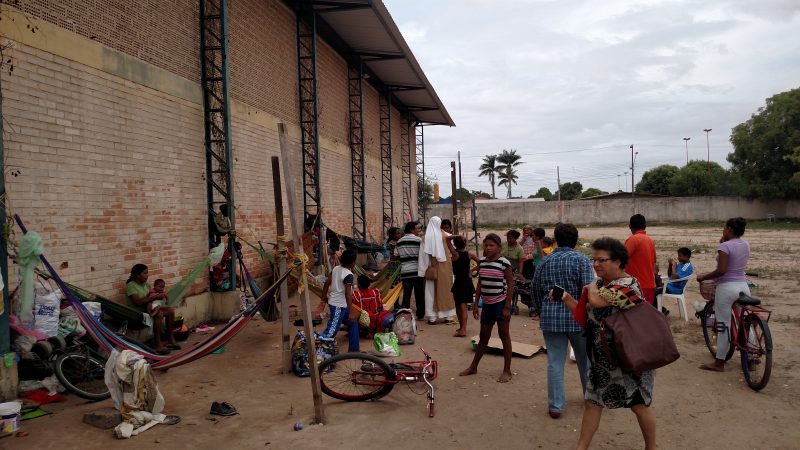 The area outside the temporary shelter provided for migrants on the outskirts of Boa Vista. When the delegation visited the shelter, 193 people were registered there, mostly indigenous Warao people, who numbered 136. Photo: Rodrigo Borges Delfim, published with permission.

Locals haven't been thrilled about the influx of Venezuelan migrants, who often crowd public squares to sell wares and beg for money. Local police say the rush of migrants has been accompanied by a spike in thefts, robberies, and even homicides, though formal studies are necessary, before this correlation can be understood fully.

Prosecutor José Gladston Viana Correia, one of the delegates, cautioned local officials against rushing to any conclusion about the rising crime rate. “We need data to prove whether such suspicions are true,” he stated.

Federal Prosecutor João Akira Omoto echoed this sentiment, saying, “The federal police have found no record of criminal activities carried out by Venezuelans up to December 2016 in Roraima. It's necessary that this information is clarified before it goes public. What is being publicized doesn't match the official records.”

According to Gustavo da Frota Simões, a professor of International Relations at the Federal University of Roraima, alarming crime statistics reported by the media in an environment of fear can help create a sensation that Venezuelans are “invading” Brazil.

“The way local newspapers cover the Venezuelan migration reveals a lack of understanding of the issue and the outlines of xenophobia. The immigrant, or ‘the Venezuelan,’ is always ‘the author of the crime’ — the one who causes increase in prostitution, drug abuse, and other woes,” Simões says.

Simões says he believes the problems mentioned by the authorities existed long before the influx of Venezuelan immigrants: “The way I see it, this state of emergency is being used as an excuse by local authorities to negotiate public debts and receive more funds, as well as to justify faults that have happened since before the arrival of the Venezuelans.”

Firsthand accounts of prejudice and discrimination were widespread among the 50 or so Venezuelan migrants who attended the public hearing at an auditorium of the Federal University of Roraima, in Boa Vista.

“We're not a problem. The situation in our country is very difficult, that's why we're here,” said a Venezuelan man named Bruno Florian.

“We want to be part of the solution. We suffer a lot with discrimination here. The women are all labeled ‘prostitutes,’” added another man named Freiomar Villena. 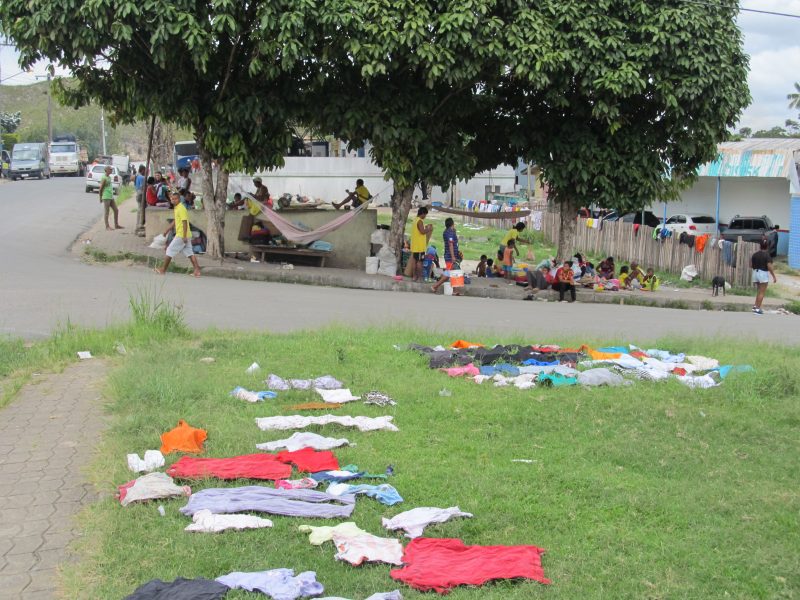 In a legal limbo

While Venezuelans can freely enter Brazil with their ID cards, those who intend to settle and work in the country experience difficulties when it comes to obtaining documents like the employment record book (Carteira de Trabalho), which allows foreigners to seek legal employment.

Many Venezuelans, and immigrants from other countries, have to settle instead for the legal limbo of filing and waiting for an asylum request. In Brazil, while they wait for their application to be processed, asylum seekers are eligible for documents like a social security number, passport, and the employment record book.

The review process itself can take months or even years. In the meantime, migrants can work and reside freely in the country, while accessing all public services. According to Conare, the National Agency for Refugees (the agency responsible for asylum applications), the number of requests from Venezuelans skyrocketed from 341 in 2015 to 2,230 last year.

Foreigners only qualify as refugees if they can prove that they have suffered some kind of persecution or violation of human rights in their home country, and Brazilian officials say most asylum requests from Venezuelans don't fulfill those requirements.

To circumvent this obstacle, Brazilian's National Council for Immigration (CNIg) recently allowed anyone to enter the country by land to request “temporary residence,” if they are from countries with which Brazil doesn't have bilateral free-residency agreements — which includes Venezuela. To take advantage of this program, however, individuals must pay the steep price of R$400 (U$S127) per head.

Migrants without such means can also hope that Brazil's National Congress will pass a new bill on migration that's now under consideration. The legislation would expand the provision of humanitarian visas (currently only granted to Syrians and Haitians) to include Venezuelans.

Meanwhile, Brazil's local authorities are doing what they can to address the needs of their communities and their newest arrivals. During the public hearing near Boa Vista, several officials admitted their mistakes in trying to provide assistance to migrants, and promised to do better in the future.

“Our expectation now is that a joint effort really happens and that public entities really respond to civil society,” Ana Carolina Bragança, a prosecutor in Roraima, who also helped organize the public audience, told Migramundo.