The Thaw Is Over: The Next Wave of Repression in Belarus 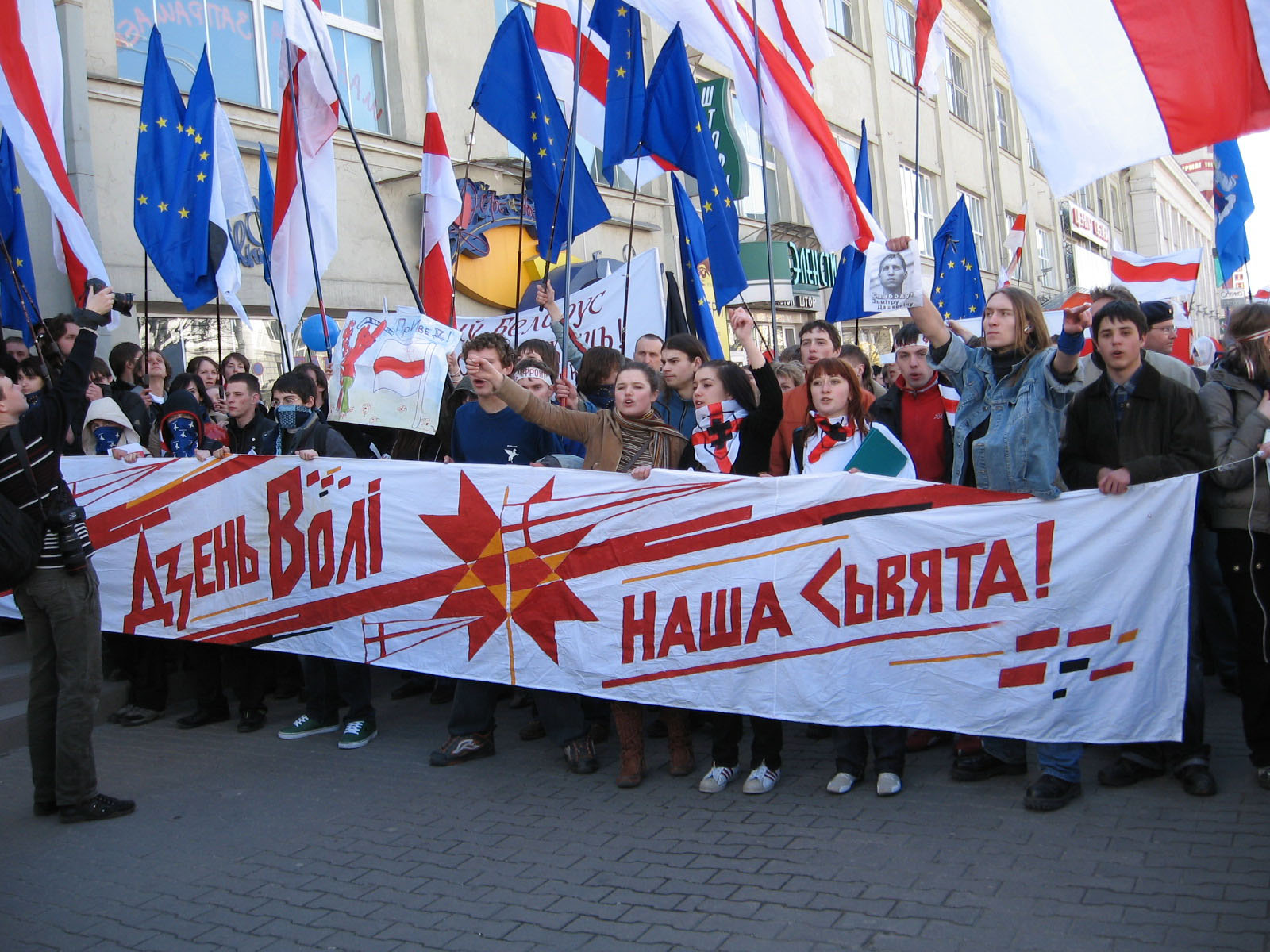 An opposition protest in Belarus in 2007. Source: Wikimedia Commons

The history of protest in Belarus is brief: President Alexander Lukashenko, who has been labeled “Europe’s last dictator,” has been fiercely suppressing dissent since he came to power in 1994. Since 2000, large protests have taken place only twice: in 2006 and 2010, when opposition activists protested against what they called unfair presidential elections. And indeed, international observers reported numerous violations during those elections, which Lukashenko won by a large margin.

Though small protests take place on a regular basis, with activists carrying red and white flags and the Pahonia coat of arms—”banned symbols” that were the official emblems of Belarus from 1991 to 1994.—these rallies usually go unnoticed and the activists are arrested. In fact, authorities arrest nearly everyone who participates in street protests, which is enough to keep the vast majority of Belarusians from joining in. They have become accustomed to enduring hardship without saying a word; everyone understands that being outspoken can lead to being fired from your job, barred from entering university, or arrested.

Almost two years ago, however, the situation began to change slightly. After the annexation of Crimea and the beginning of the War in Donbass, Lukashenko began to worry about his own future; because a large number of Belarusians speak Russian, no one could be sure that that Russia would leave Belarus alone. 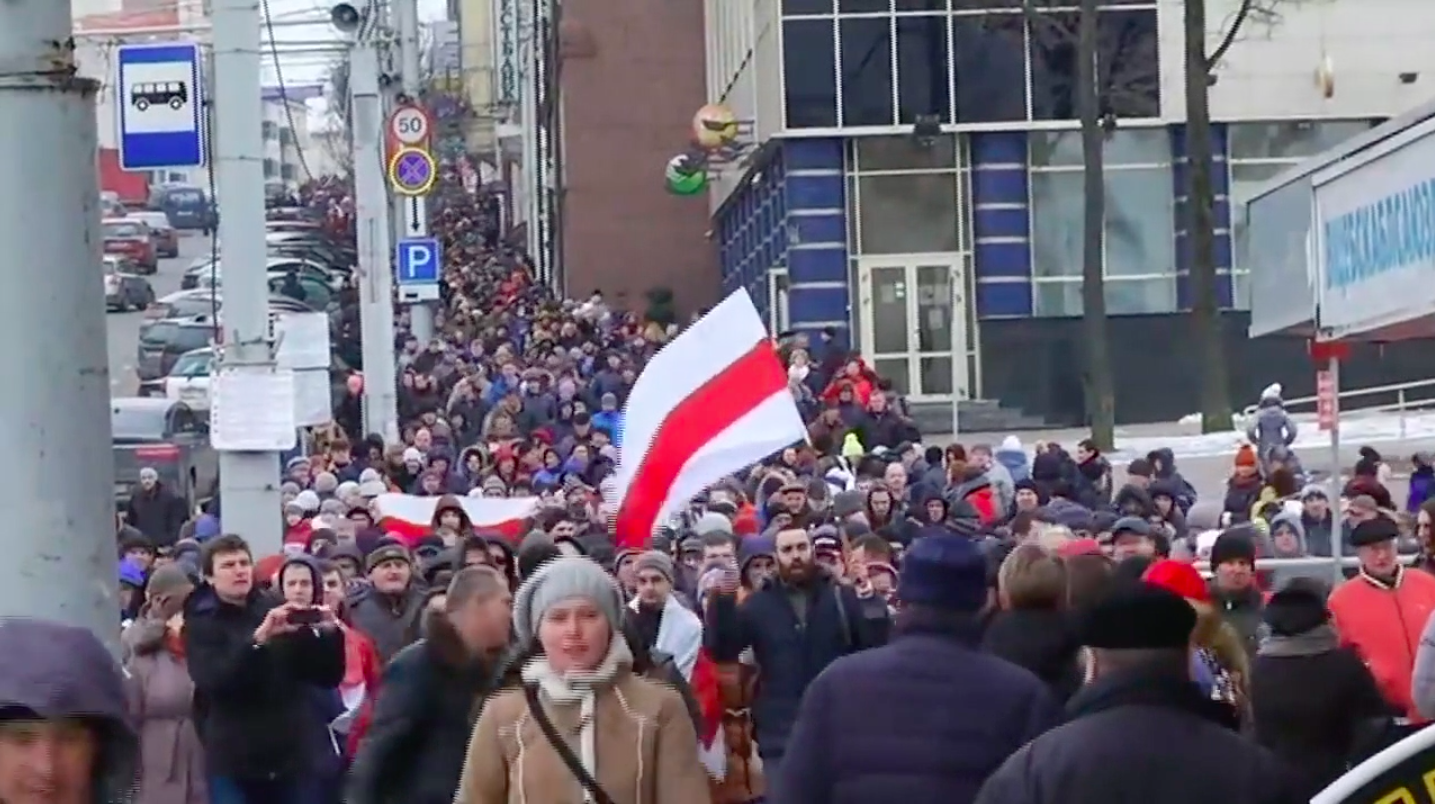 These worries, coupled with economic concerns, resulted in a harsh dispute between Minsk and Moscow: Lukashenko, who has always played both sides, started to flirt more with the West, allowing the opposition to win two seats in parliament and freeing political prisoners.

As a part of this sudden liberalization, police were instructed to stop arresting protesters. Even those who carry banned symbols weren't detained—they were simply fined and sent home. This political thaw had a noticeably effect, with Belarusians beginning to realize that they could express discontent and get away with it.

By 2015, it was clear that Belarus’ economy was in tatters. Deeply connected with Russia, Belarus fell victim to the huge drop in oil prices in the summer of 2014. Many Belarusians, especially young men, went to work abroad, mainly to Russia. As of January, 2015, more than 1 million Belarusians worked abroad, according to the World Bank. To give some perspective, there are only 9.5 million people in the entire country of Belarus, according to official statistics.

Lukashenko is not pleased that so many Belarusians are working abroad, and thus not paying taxes but still receiving welfare benefits. In 2011, he said that people should not receive free health care, education, or housing subsidies if they work abroad. Because this notion proved very hard to implement as a policy, authorities invented a new way of taxing those who work abroad: a $200 per year tax on “social parasites.”

In Minsk, nearly 2000 people participated in the “We Are Not Parasites” demonstration.

Belarusians who are not employed in the country for 6 months must pay the so-called “parasite tax.” People who work low-skilled and low-paid jobs in Russia (mainly construction workers) are usually not registered in Russia, so they fall into this category, as do people who have lost their jobs, or for whatever reason are unable to secure employment.

The social parasite tax angered this group of people, bringing them to the streets to express their dissatisfaction. Protests swept across cities where there had been no opposition demonstrations for years. The authorities even allowed activists to organize a large rally in Minsk in February. People marched through the city center shouting “the president is the main parasite” and “Lukashenko, go away”.

But though many hoped the post-Crimea thaw might bring lasting change, authorities quickly reverted back to their repressive tactics to suppress dissent.

The Thaw Is Over

On March 25, the pro-European opposition celebrated Freedom Day—an unofficial holiday that commemorates the creation of the Belarusian People’s Republic on that date in 1918. Widespread social discontent and the new parasite tax led many to believe that more than 10,000 people might take part in this year's Freedom Day demonstration, which usually draws only a few thousand people, largely from the liberal intelligentsia. And indeed, if the Belarusian opposition had been able to bring thousands of people to the streets, it would have been an important symbolic victory.

But the authorities didn’t let that happen: preemptive arrests began several days before Freedom Day, with several activists and opposition leaders jailed for 15 days for taking part in the “social parasite” protests.

On March 20, government media reported that an identified truck loaded with guns and explosives had tried to cross the Belarusian border from Ukraine, though Ukrainian border guards maintain that the truck never crossed their border, suggesting that the story had been invented to provoke fear. The next day, Lukashenko announced that authorities had caught “a couple dozen armed fighters” who had been trained at camps in Ukraine and were financed by money transferred through Lithuania and Poland. Their aim, he said, was to topple the government of Belarus—including the president..

Arrests began immediately after Lukashenko’s speech, with police detaining several dozen people, many of whom were political activists years ago. Several days later some of them were released; nine people were accused of sparking civil unrest. 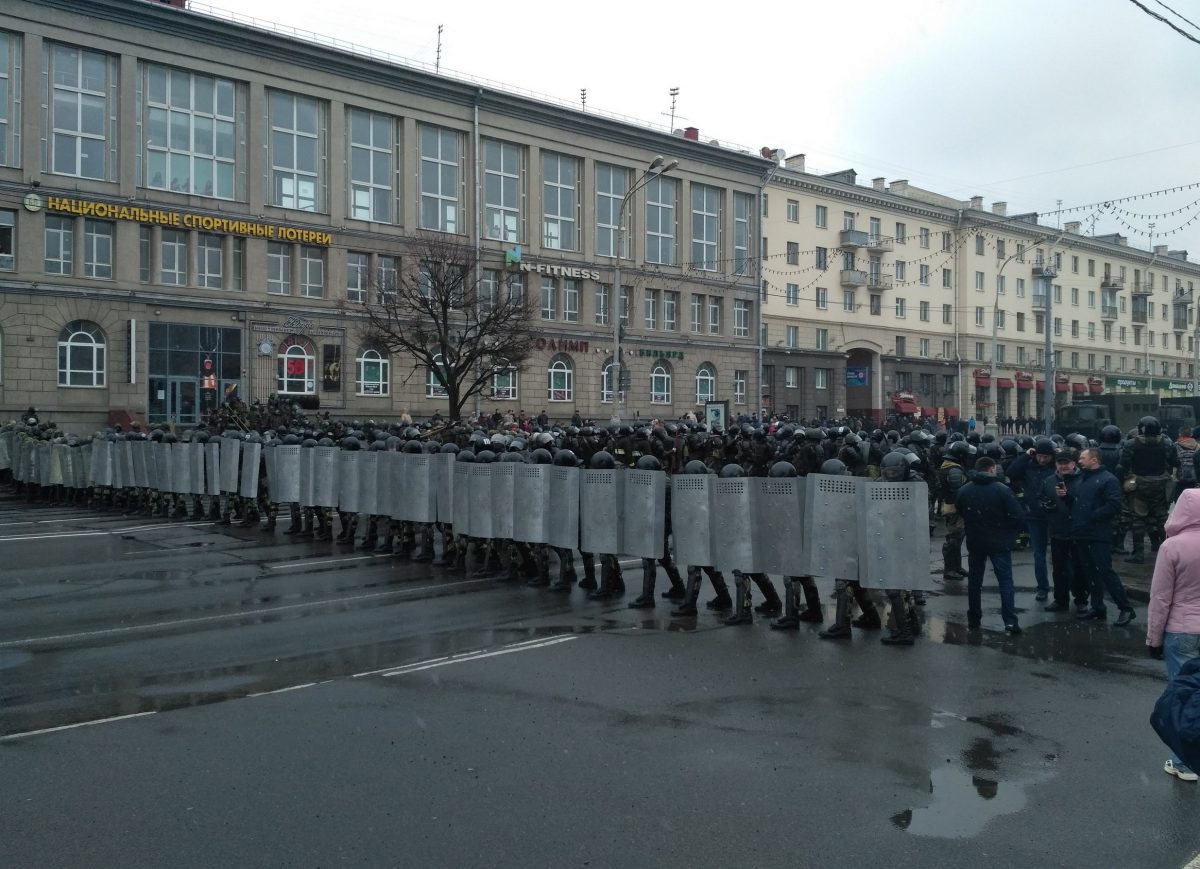 In the meantime, preparations for the Freedom Day demonstration continued, despite the fact that the protest had not been approved by the government and that its organizers were in prison for organizing other rallies. On March 25, police blocked access to where the protest was scheduled to be held, as several hundred people gathered near Yakub Kolas square. The authorities were ready for a war, it seemed. The city was full of police cars and paddy wagons. Even water cannons and vehicles for storming barricades were brought in.

Riot police quickly blocked the street where people had gathered and began detaining everyone, even old people, women, and journalists (though one could hear orders over police radios saying that journalists shouldn't be arrested). The protest was over in about 15 minutes, with some 700 hundred people having been detained.

And the thaw was over, too. Lukashenko will still try to cozy up to the West because he needs money, though it's unclear how those who are expected to provide the money will respond to the latest protests. But it’s now clear that the regime in Belarus hasn't changed; it’s just pretending to be democratic to get what it wants.