Tributes Flow in for Kishori Amonkar, One of the Great Voices of Indian Classical Music

The works of Kishori Amonkar will always remain popular 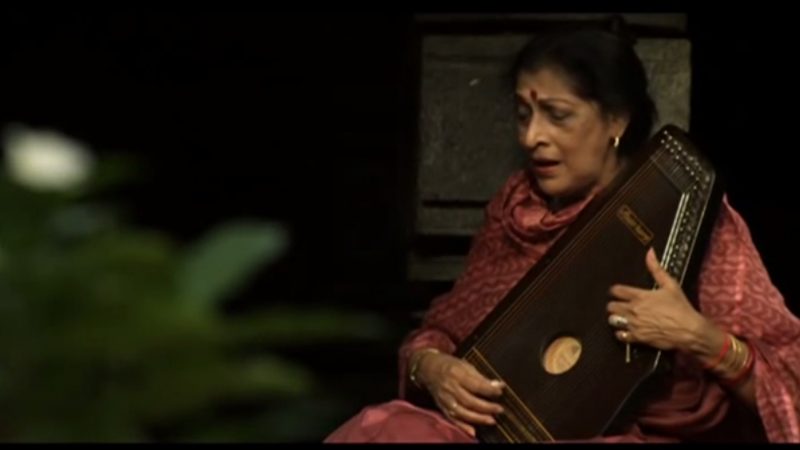 Kishori Amonkar, a legendary performer of Indian classical music, died in her apartment in Mumbai on the night of April 3 after a brief illness. She was 84.

Amonkar was a notable vocalist of the Hindustani, or North Indian, classical music tradition, which has been evolving since the 12th century CE. Indians on social media mourned her death and remembered her legacy.

Saddened at the passing of legendary vocalist Kishori Amonkar ji. This is a great loss for Indian classical music

Kishori Amonkar dies. Apart from her stellar music a lot else to learn: fierce intellect and unflinching defence of her art

Tragic news. Doyen of Hindustani classical music Kishori Amonkar of the Jaipur Gharana is no more! We will miss you terribly. Rest in Peace. pic.twitter.com/DTRzmg2zPG

Amonkar played music of a genre called khyal as well as the light classical genres called thumri and bhajan. She was also an innovator of the distinctive Jaipur gharana style.

According to the Deepak Raja's World of Hindustani Music blog:

Kishori Amonkar (born: 1932) is by far the most influential female Hindustani vocalist to emerge in independent India. She is the daughter and disciple of the Jaipur-Atrauli gharana (tradition) stalwart, Mogubai Kurdikar, but acquires her stature from her originality as an interpreter of the gharana’s musical wisdom. She jettisoned the classicism of her gharana’s style in favor of a marked romanticism, braved criticism from conservative opinion and triumphed. As a result, her revisionist style has now come to signify Jaipur-Atrauli vocalism, while its orthodox stream drifts towards history.

Although Amonkar started singing early in life, she found recognition when she began singing to larger audiences in the 1960s and 1970s. From then on, her performances reached many Indian households through cassettes and records. But in person, she lived a very solitary life.

Internationally renowned tabla maestro Zakir Hussain placed Amonkar among the greatest Hindustani vocalists of all time while talking in a 2011 documentary titled “Bhinna Shadja” (a film about Amonkar commissioned by India's Ministry of External Affairs):

There are certain voices that have the ability to mesmerise and Kishori Amonkar’s is one. I have the feeling as I listen to this record that the music does not come from her but that she is the music. They are indivisible. One and the same. We float with her. We feel weightless and yet never more connected. As she sings we cry and want to curl up in the sound and never be let go.

During her lifetime, Amonkar received two of Indian civilian awards: the Padma Bhushan in 1987 and the Padma Vibhushan in 2002. Online, people remembered her legacy and shared her greatest works:

A sad day. Kishori Amonkar was an unparalleled genius. A giant. She gave so much to Indian Music.

There isn't one as surila as you ever …Kishori Tai!the Gods must be happy.https://t.co/wHu25xLEKU via @youtube

This Rageshree by the late, great, Kishori Amonkar is supreme and sublime: https://t.co/1NAPzeddKu
Listen, and listen again
via @gopalears

I believe that Indian music is nothing but the expression of a feeling. If I say, ‘I love you,’ can you measure it? You just have to feel that vibration.

It is a nice blend of mind and brain which you need in art. You cannot be merely sentimental, devoid of intellect. There should be a perfect balance between intellect and heart.

In a field where most successful professionals burn out in their 40s and 50s from complacence, Amonkar’s musical growth continued unabated right until her last days.

Amonkar will be cremated on April 4 after a funeral in Shivaji Park in Mumbai. Indian Prime Minister Narendra Modi paid tribute to her:

The works of Kishori Amonkar will always remain popular among people for years to come. https://t.co/iGFxmy8Mlj