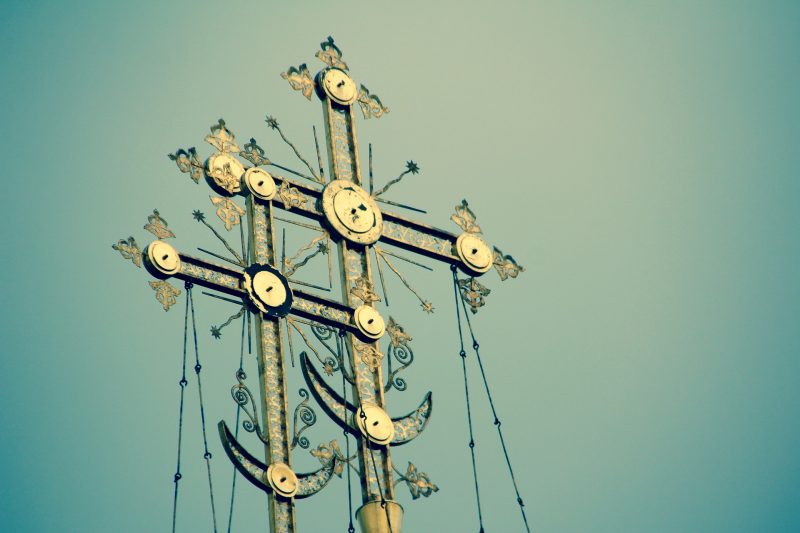 In addition to being a prominent contemporary writer in Russia, Zakhar Prilepin is a vocal political ideologue. A member of the National Bolshevik Party, he hosts a talk show on the nationalist, ultra-conservative Tsargrad TV network. Prilepin is also the chief editor of Svobodnaya Pressa, another pro-Kremlin media outlet that focuses on politics, the military, and economics.

On March 13, Prilepin appeared in a puzzling online video.

This was the month that he announced the formation of a new volunteer battalion that would fight in eastern Ukraine for the self-declared “People’s Republic of Donetsk.” This battle group would “ride on a white horse into any town we've [the Russians] abandoned,” he declared.

In the video, published by the pro-Kremlin tabloid Life.ru, Prilepin faces the camera, holding up a sheet of paper bearing a clumsily drawn peace sign. He then quietly delivers the following statement:

“All writers in the world have always supported peace. Shakespeare, Shenderovich, Dante, Andrei Makarevich — all of them. I also support peace. Thank you, everyone.”

With a sudden air of extreme boredom, he then asks the cameraman if he’s done, before turning to large anti-aircraft gun mounted on a truck behind him. “Let’s get to work!” he yells, and the gunner fires several booming rounds into the horizon.

The same day, Prilepin published an op-ed on the pro-Kremlin news site REN-TV, where he hosts a second talk show. In this text, he tried to explain the meaning of his “peace video.”

“Peace is not a gift,” Prilepin wrote cryptically. “Peace is a job. When there is no peace, you have to fight for it.”

He also signaled his confidence that history is on his side, when it comes to this subject. “It is completely obvious that Lev Tolstoy, as well as Pavel Katenin, Mikhail Lermontov, and another dozen poets were definitely engaged in ‘wars of conquest,’” Prilepin explained, before naming another handful of famous writers, including Pushkin, Baratinsky, Garshin, Batyushkov, Slutsky and Lukonin.

“I am for peace. I don’t know what you are for,” Prilepin told his readers. “And honestly I don’t care.”

About a week later, he penned another op-ed, this time for the Russian propaganda TV station RT (formerly “Russia Today”), where he declared that “literature is not about humanism,” and explained that he sometimes leaves his base of operations in Donetsk to earn money back in Russia. He uses the income to buy military supplies for the separatists, he said.

In March, Russia’s warrior-writer had a kindred spirit in the country’s warrior-priest. On March 9, Vsevolod Chaplin, the former spokesperson for the Russian Orthodox Church, wrote a short Facebook post expounding on how he believes the country should treat “traitors.”

Responding to the news about Kim Jong-nam’s assassination in Malaysia, comparing media coverage to reports in 2006 about Alexander Litvinenko’s assassination presumably at the hands of Russian agents, Chaplin complained that “traitors and betrayers” were again spreading hysteria.

Arguing that these vile people should be deprived of their “psychological comfort,” Chaplin made three hyperbolic recommendations: lifting Russia’s moratorium on the death penalty, creating “special units to carry out court sentences,” and authorizing “guided missile strikes” against traitors.

This wasn’t the first time Vsevolod Chaplin endorsed killing. Last August, he went on the radio station Ekho Moskvy and said that it’s sometimes necessary to “eliminate certain internal enemies.” Asked to clarify what he meant, Chaplin explained that some people “definitely can and should be killed,” in the interests of society.