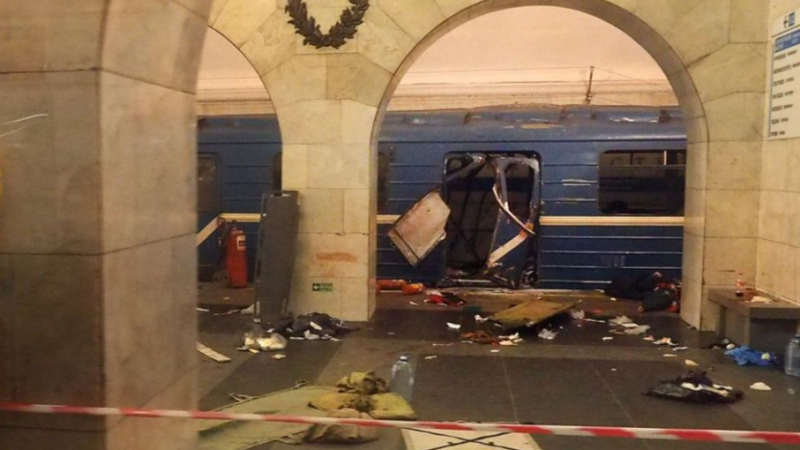 On Monday afternoon, an explosion in the St. Petersburg metro left nine dead and nearly two dozen hospitalized in an attack some Russian officials have described as an act of terror—though authorities have not yet determined who is responsible or what motive they may have had. Shortly after the blast occurred, law enforcement authorities shut down the city's subway system and discovered an undetonated explosive device several stations away, which they subsequently disarmed.

With the closure of the metro coming in the middle of the work day, thousands of people were left stranded away from home. But St. Petersburg officials and ordinary residents came through for each other in a big way: in addition to the city declaring that all other types of public transport would operate free of charge, car owners and taxi drivers throughout St. Petersburg pitched in together to help get their neighbors home safe.

Taxi drivers across the city were said to be giving free rides, and ride sharing companies Uber, Taxovichkof, and Yandex.Taxi offered their services free of charge in the wake of the blast.

Residents who weren't able to use those services began using the hashtag #домой (#home) on social media to indicate that they needed a ride home. Within hours, thousands of social media users across Facebook, VKontakte, and Twitter had used the hashtag.

For anyone who can't call Yandex.Taxi, Uber, Taxovichkof: use the hashtag #home on social media. With its help, it's possible to find a free car.

At around 21:00 I'm going from the Novocherkassy district (Revolution Highway) to Proletarskaya [metro station]. I can drive people. 3 places #home.

In the “Accidents and Emergency Situations in St. Petersburg” VKontakte group, almost 1,500 people posted in the span of two hours to request or offer rides.

A little after 20:00 from the circus to the fountain at Sertolovo. There are two car seats.

Others said they would avoid driving to keep the roads free of traffic.

Today I'm going home on foot so that I don't overload transportation. Those who aren't willing to walk 2 hours around town, help each other – the hashtag is #home.

Someone even created a Telegram channel called “Auto-transfer” specifically to connect people needing rides with drivers. The channel currently has more than 1,300 members. 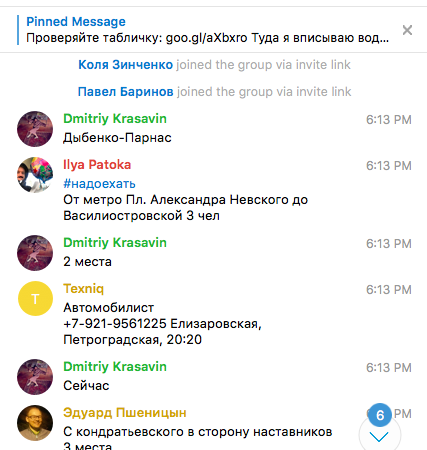 Though many drivers gave rides out of the goodness of their hearts, others were less charitable: social media users reported that some drivers working for taxi companies offering free rides had refused to pick up people stranded in the city.