Six Years On: How Fukushima, Miyagi and Iwate Are Recovering From the Tsunami

Tens of thousands remain homeless, and, for some, life has just gotten tougher since the disaster. 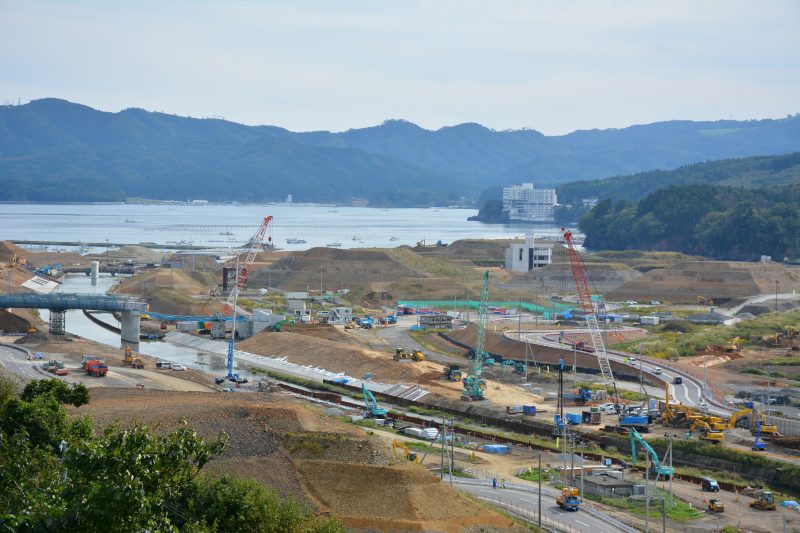 Earlier in March 2017, the Kahoku Shimpo, a Japanese daily newspaper covering northeastern Japan, documented the progress that has been made over the past six years to reconstruct the lives of people affected by the March 2011 “triple disaster” of a massive earthquake, tsunami and the Fukushima nuclear accident.

The Kahoku Shimpo is headquartered in Sendai, Miyagi Prefecture, which was one of several prefectures in Japan's northeast that experienced both the earthquake and the resulting tsunami. Hundreds of thousands of people Miyagi and its neighbors Fukushima and Iwate were forced to evacuate as the tsunami wiped entire coastal cities off the map. Fukushima Prefecture also experienced a nuclear accident that, alone, forced 160,000 residents to be evacuated from their homes.

Six years on, the Kahoku Shimpo's special coverage provides a local perspective on what progress has been made rebuilding the lives of people living in the region. The newspaper's in-depth feature includes statistics from Japan's Reconstruction Ministry as well as surveys of evacuees themselves.

The State of Housing in Fukushima, Miyagi and Iwate

At the same time, six years on there are still efforts to move evacuees from prefabricated temporary housing (仮設住宅, kasetsu juutaku) to permanent replacement housing. Following the triple disaster, nearly 80,000 people were forced to live in temporary housing. As of December 2016, there were still 36,000 people from Miyagi, Fukushima and Iwate living in such housing.

Nearly 40 per cent of 2011 evacuees from Fukushima still live in temporary housing, while Miyagi has been more successful; more than 75 per cent of evacuees residing in prefabricated housing post-disaster have been moved to permanent homes. With Iwate, the figure is 34 per cent.

It's unlikely this is just because of the nuclear accident. Of 5,400 hectares of farmland in Fukushima affected by the disaster, 690 hectares lie within the “nuclear exclusion zone.”

Tourism has largely rebounded in two of the three prefectures, but, once again, Fukushima still lags. Tourist visitors to Iwate and Miyagi have returned to about 90 per cent of pre-disaster levels, while the number for Fukushima is just 75 per cent.

However, the Kahoku Shimpo also reports that nearly half of people in coastal settlements feel that earning a livelihood has gotten tougher since the disaster.

Are Locals Prepared for the Next ‘Big One'?

The paper conducted numerous surveys of local residents and evacuees to determine everything from the state of reconstruction to how perceptions have changed about the risk of tsunamis. In its introduction to the feature, the Kahoku Shimpo explained:

How Evacuees from Fukushima Prefectural Are Faring

In its anniversary coverage, the Kahoku Shimpo also paid special attention to the status of evacuees from Fukushima Prefecture. Besides experiencing the powerful earthquake and devastating tsunami, Fukushima Prefecture also witnessed Japan's worst nuclear accident as a result of the disaster.

Out of 160,000 evacuees from Fukushima, nearly 63,000 people were evacuated outside of the prefecture itself. By early 2016, a little more than 23,000 people had been relocated to permanent replacement housing back within Fukushima. As of 2017, approximately 40,000 Fukushima citizens still reside outside of their home prefecture.

The majority of evacuees from all areas affected by the disaster who are still living in temporary shelter are over the age of 50, and it's thought one obstacle to moving them back into proper housing is that efforts to rebuild Miyagi, Iwate and Fukushima prefectures are competing against massive construction projects that are part of the 2020 Tokyo Olympics.