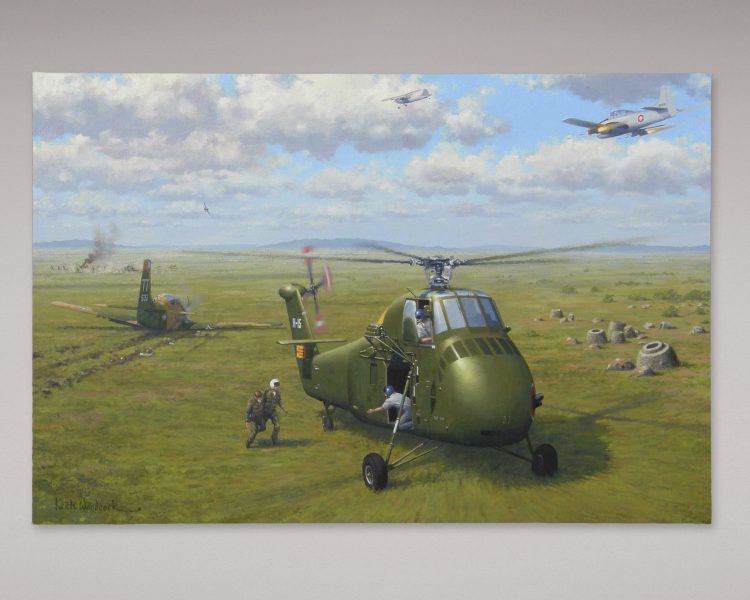 Out of the 211 artifacts in the online collection of the Central Intelligence Agency of the United States, 24 are categorized as part of the agency’s operations in Southeast Asia.

The CIA's online museum provides a glimpse of the agency’s history in the past half-century. It is also intended to pay tribute to CIA officers and other “heroes” of the U.S. government.

For non-Americans, the interactive collection is a useful website to study the role of the U.S. in shaping world affairs. These interventions could be seen as either good or bad, but there’s no doubt that the work of the CIA had left a lasting influence in the countries it operated.

Take the case of Southeast Asia, for example, a region where U.S. involvement in the Vietnam War led to the expansion of the CIA’s paramilitary operations in Laos and Cambodia.

The painting above depicts a rescue operation conducted in Laos by Air America, a CIA-operated commercial company.

During the 1960s, the CIA led a “secret war” in Indochina to prevent the communist-controlled north of Vietnam from attacking the south through Laos. The CIA trained a paramilitary group aside from providing air support to anti-communist forces.

It is revealing that the description of the painting in the CIA website makes reference to Laos as “one of the most bombed places on earth”. What it failed to mention is that most of the bombs failed to detonate and these unexploded bombs continue to injure and kill Laotians up to this day.

The painting also depicts the Air America operation in the Plain of Jars, an important archeological site that remains unexplored because of the bombs dropped by the CIA more than 40 years ago. Last year, Global Voices reported how drones are making it possible to see the Plan of Jars again from the sky. 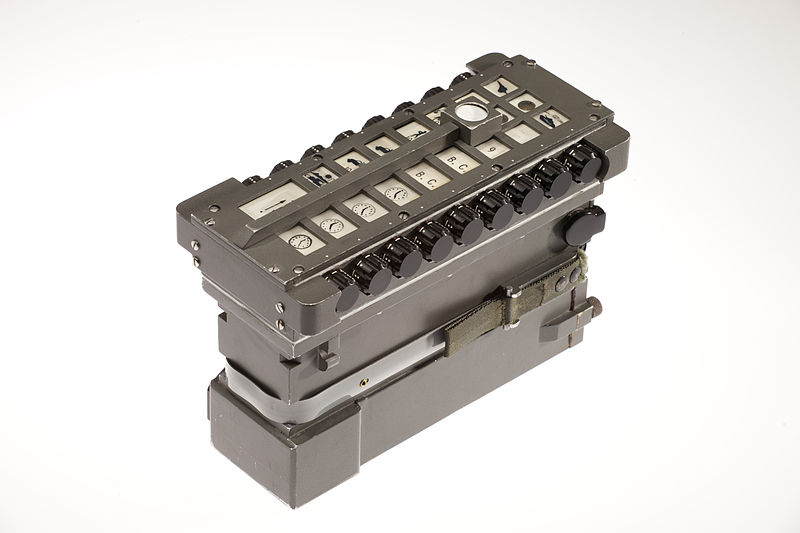 This CIA device known as “elephant counter” was used during the Vietnam War to monitor the number of people and goods which are being transported by communist forces in the Ho Chi Minh Trail from North Vietnam to South Vietnam along the borders of Laos and Cambodia. But many of the trail watchers recruited by the CIA could not read, write, or count and so the “elephant counter” was invented. Here’s how the device works:

The device featured “pictograms,” such as symbols representing troops, trucks, motorcycles, carts, bicycles, tanks, cannons, small artillery, missiles, donkeys, and yes, occasionally elephants, a common beast of burden in Laos. Alongside each pictogram was a knob that could be set to a number, and then the data could be transmitted to an airplane by activating a toggle switch. 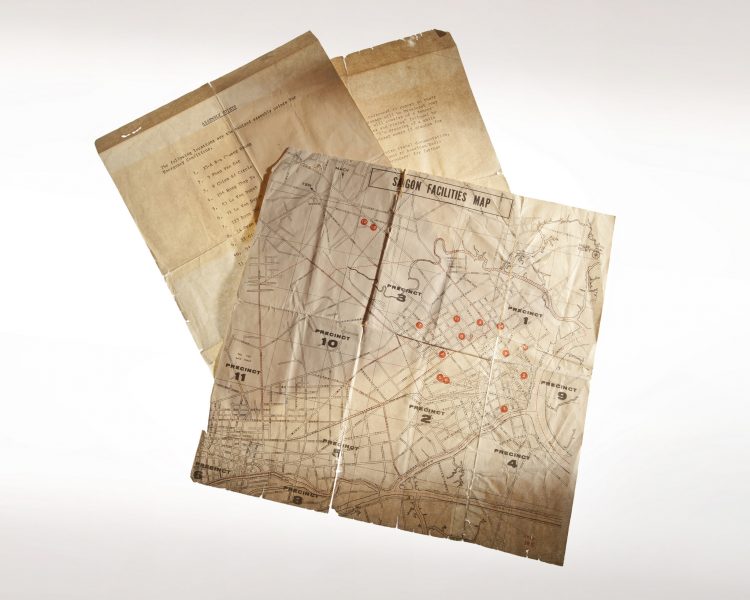 Near the end of Vietnam War in 1975, the CIA had prepared an evacuation plan for Saigon, the capital of South Vietnam. This map identifies the 14 emergency assembly sites in Saigon as contained in the operation named “Frequent Wind”. 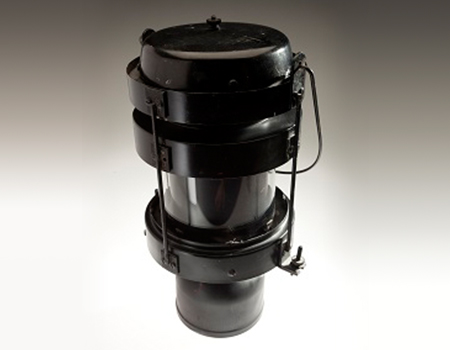 According to the CIA:

Modifications by Agency technicians transformed this commercial Coleman lantern into an infrared beacon that could be seen from as far away as 250 feet. Gasoline powered and painted dull black, the beacon emitted a narrow vertical infrared beam as well as some visible light, making it useful for marking air-drop and landing-field locations during the Vietnam war. 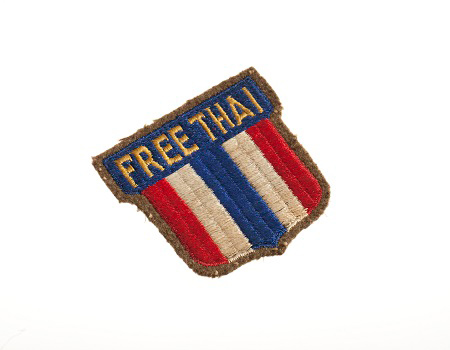 The CIA was first known as Office of Strategic Services (OSS), and one of its first operations during World War II included the training of Thai students in the U.S. to fight for the liberation of Thailand, which was occupied by Japan at the time. The OSS helped in establishing the Free Thai Movement. 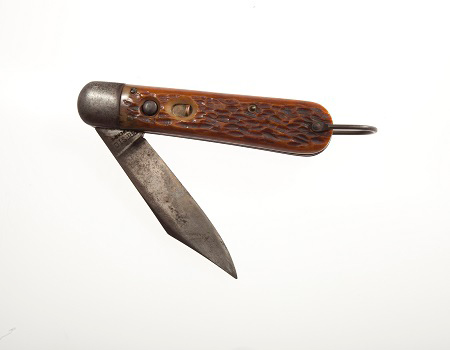 This OSS paratrooper’s knife, issued to a member of the Free Thai Movement, went into the parachutist’s breast pocket for use in the event he landed in a tree and had to cut himself free of his parachute lines. The blade is spring activated to enable opening it with one hand. 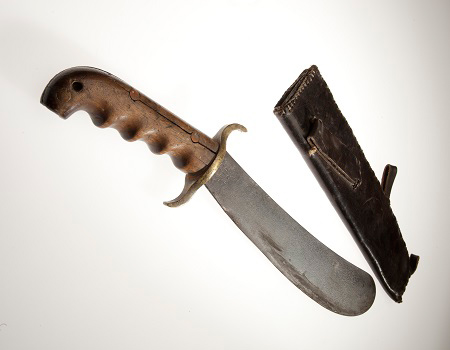 The bolo knife was used by OSS and US combat forces in the tropical jungles of Southeast Asia during World War II. The description in the website mentioned that it was first used after the Spanish-American War (1898-1899), which could also mean that it was adopted by the U.S. army during its occupation of the Philippines. The bolo knife is a popular weapon in the southern part of the Philippines. 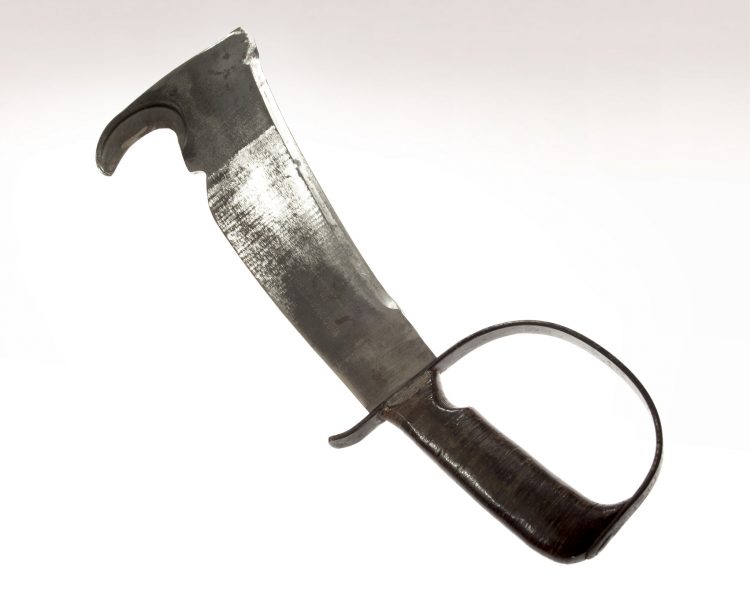 The CIA writes that this was part of the survival kit for American forces in the Philippines, China, and Myanmar during World War II. This knife was also said to be ideal for cutting through jungle brush. As a combat knife, its manufacturer-provided instructions on how to use the Woodsman’s Pal to defeat a Japanese soldier armed with a samurai sword. During World War II, Japan invaded several countries in the Asia-Pacific. 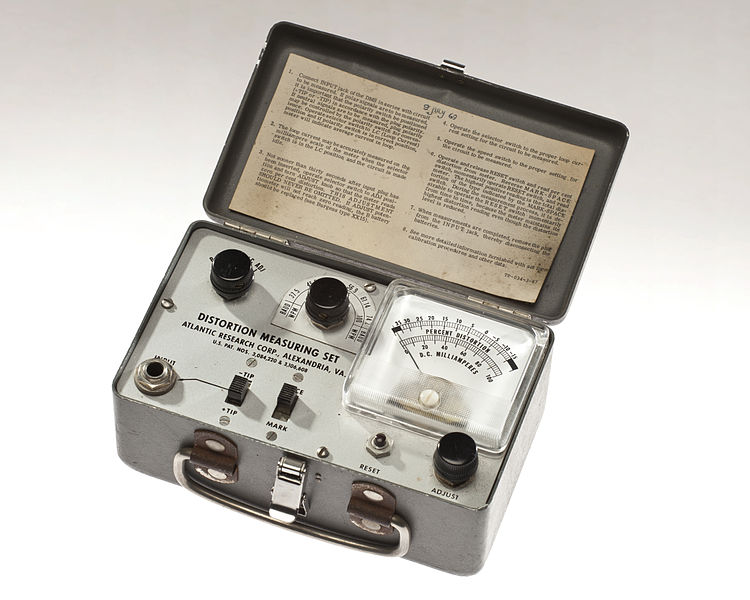 According to the CIA:

Atlantic Research Corporation’s distortion measuring set was used to analyze the percentage of distortion on a communications circuit in Bangkok, Thailand. This unit is dated “9 July 1969.”