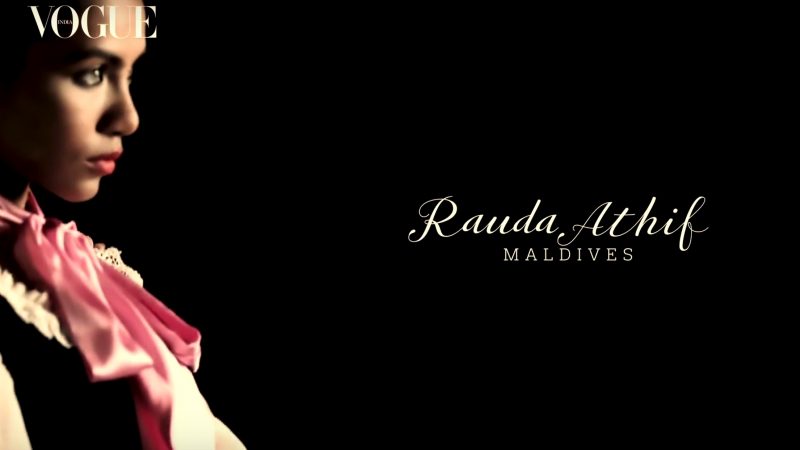 Raudha Athif, a 20-year-old aqua-blue-eyed Maldivian model, was found hanging inside her dormitory room in Rajshahi, in north Bangladesh on Wednesday, March 29. She was a second-year medical student at the Rajshahi Islami Bank Medical College Hospital, and the death is being treated as a suicide. On social media, surprised Maldivians are mourning the loss of this beautiful woman.

Raudha was last seen at dinner on Tuesday night, before she retired to her room. On Wednesday morning, Raudha’s friends went to look for her when she missed breakfast. Receiving no response outside her room, they broke down the door and found her hanging from the ceiling fan by a long scarf. Police are considering her death to be the result of suicide.

Maldivians reacted to this tragic incident on social media:

Deeply saddened to hear the death of Raudha Athif. I am even sadder to be part of a society that is STILL stigmatising depression.

Raudha was such a beautiful and talented girl. She was humble and sweet. It's so sad to see such a young life being taken away so soon.

Do saddened by Raudha's death. May she rest in peace :( and let us stop judging from atop our moral high horses for goodness sake.

Raudha Athif started modelling at the age of 14, posing for an environmental campaign. In 2015, she became a viral sensation online, thanks to a picture by photographer Shifaz (Sotti), titled “Maldivian Girl With Aqua Blue Eyes.” Later, she appeared on the October 2016 ninth anniversary cover of Vogue India magazine — a photo shoot that drew criticism from conservatives for her supposedly risque attire.

In an interview last year, Raudha made it clear that she wasn't choosing modeling as a profession, and wanted instead to become a doctor, in order to help people, she said.

We were surprised by the fact that you never boasted that you are such a famous model. I will miss your striking emerald eyes.

I don't know why she committed suicide. What was such a big burden to keep carrying? What sorrow was buried under that smiling face… God knows.

According to some of her classmates, Raudha suffered from depression. The police reportedly found strangulation marks around her neck, which led to some people online to suspect foul play.

When a photograph allegedly showing her dead body started circulating online, many of Raudha's supporters asked Internet users to stop sharing the image, out of respect.

I know everyone is curious but please refrain from sharing photos of the deceased.

Disrespectful for the family & loved ones of Raudha that people keep speculating. Stop being nosy
إِنَّا لِلّهِ وَإِنَّـا إِلَيْهِ رَاجِعونَ

Later, the postmortem report officially ruled her death to be a suicide:

Rahath Junaid, a fan of Raudha's work, wrote in Facebook:

Raudha, you were truly a Maldivian icon. The first Maldivian to grace the cover of Vogue. Very few people have the courage to do that. You faced immense backlash after you did and took it in your stride. However none of us realized that even with the picture perfect Instagram stories you suffered in your daily life. Quietly and in silence. To the point where you couldn't bare it anymore.