For Many Venezuelans, ‘Self-Inflicted Coup’ Spells the End of Their Country's Democracy 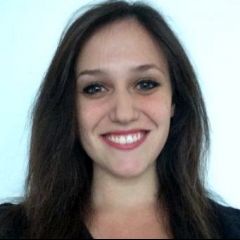 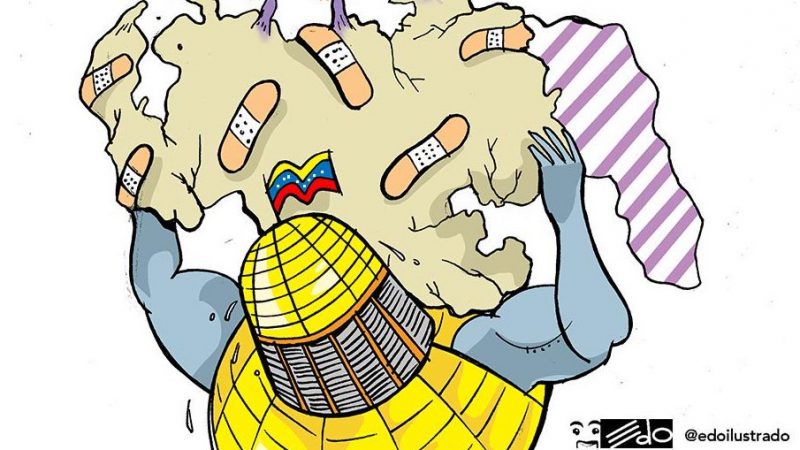 A cartoon of the National Assembly of Venezuela, by Eduardo Sanabria. Used with permission.

Venezuela seemed to be holding its breath expectantly at what will happen after the Supreme Court of Justice assumed the role of the National Assembly and permitted President Nicolas Maduro to take over some of the functions of the legislature.

For the outpouring of voices online who made the issue a worldwide trending topic, what happened is nothing short of a self-inflicted coup d'état, the final step in the progression of authoritarianism stemming from the last few years of political and institutional crises in Venezuela. In fact, that is exactly how Luis Almagro, secretary General of the Organization of American States (OAS), described it:

I denounce the self-inflicted coup d’état perpetrated by the Venezuelan regime against National Assembly #Venezuelahttps://t.co/uxZMNaqz9u

Others, like Spanish journalist Antonio Maestre, accused the Venezuelan opposition of demanding a coup:

I would say that the coup d'état is what the opposition is asking for. Just saying.

The situation continues to rapidly evolve. Venezuelan Attorney General Luisa Ortega has since declared that the annulment of the National Assembly was unconstitutional, going head to head with the government. State television cut off the broadcast while she was making her announcement.

The parliamentary annulment was the latest in a series of restrictions that have limited the powers of the National Assembly since Venezuela's political opposition won two-thirds of the seats in the December 2015 elections.

Just before the opposition assumed control of the National Assembly on January 6, 2015, the outgoing chavista legislators managed to change the judges of the Supreme Court of Justice. Journalist Eugenio Martinez reminded his followers that the majority of the newly appointed judges did not meet the requirements for the position.

Before assuming their new roles, several of the judges in the highest tribunal of the land were previously members of the ruling United Socialist Party of Venezuela. Thus, there's no guarantee of impartiality on the court.

For this reason, when the chavista ruling government lost control of the National Assembly on January 6, they were able to freeze the National Assembly’s power from their stronghold in the Supreme Court. One of its first orders was to declare the Assembly “in contempt” in order to disregard their legislation and avoid questioning and investigations. It even blocked the investigation of corruption for the disappearance of more than 11 billion dollars, which was spearheaded by Congressman Freddy Guerrera.

As part of the siege carried out against the National Assembly, the Supreme Court abruptly diminished the Assembly’s budget so members wouldn't receive their salaries. Legislators were left barely compensated for their work for more than 10 months, with a salary as little as $38 dollars monthly.

While Venezuelans had the challenges of everyday life to contend with, social media users didn’t fail to comment on the actions committed by the executive and judicial powers against the legislative.

According to lawyer and Twitter user Emilia Lobo, this move did not represent a coup d'état, but rather was confirmation of a process that took its first shaky steps the day the opposition became the majority in the country:

The #156 sentence of the Supreme Court of Justice sentence is not a coup, it’s a formal declaration of a coup that’s been in progress for four years.

Congressman Luis Florido argued that it was a desperate and hasty move by President Maduro’s weakened government:

Maduro’s dictatorship paved the way for the coup with an understanding that it had reached its final moments and can't refuse to be voted out.

For Nathaly Quiroga, there was no doubt that the “coup” was carried out by Venezuelans:

Anyone who doubts that Venezuela today produced a coup is very ignorant and uninformed of the constitution of our very own country!

Stroessner in Paraguay, Costa e Silva in Brazil, Fujimori in Peru, and Maduro have all dissolved their parliaments with a coup!

While Nakira used the meme of the month to explain why it was clever to stage a “coup” on a pay day:

If you stage a coup on pay day before the weekend, the people will drink the money and by Monday, no one will remember a thing.

On the other hand, there were those who were surprised at the apparent passivity with which the country offline accepted the political news that was swirling around them:

It’s still hard to believe that here we are, faced with a coup, and the country is in a perfect calm, with politicians just hanging out and killing time

Never in my life did I think that a coup d'état like the one we are living today in Venezuela would be so calm and at ease.

Meanwhile, others like historian and editor of El Nacional (The National) journal Elías Pino Iturrieta criticized the tranquil state of the country:

It seems like we’re going to contemplate the closure of the National Assembly in utter silence. If that’s what happens, it’s completely deplorable.

The Supreme Court of Justice made two consequential decisions: the first was to grant President Nicolas Maduro the power to legislate in various scopes, including punitive justice, in order to avoid a “state of commotion” in Venezuela. The second was to bestow on itself all the powers previously held by the National Assembly, under the pretense of the branch being held “in contempt”.

Naky Soto, in her daily summary for the Caracas Chronicles, referred to Maduro’s new responsibilities as follows:

The [Supreme Court of Justice] also ruled that Nicolás [Maduro] should review several laws to prevent the risks that threaten the country’s stability and governance, including evaluating the performance of international organizations of which Venezuela is a member.

This means the possibility of scaling back Venezuela’s involvement in international treaties and organizations; it's important to note that decisions or criticisms against Venezuela in global forums are often considered an attack and are labelled by Maduro as foreign interference. In this manner, Venezuela has slowly became isolated in international spaces where it was criticized for continual human rights violations, such as the suspension of the 2016 elections, the dozens of political prisoners, and the 14-plus months of Venezuela languishing in a “state of emergency” that permitted Maduro to entirely manage the budget without consulting the National Assembly.

All of this doesn’t mean that Venezuela stands alone. In certain spaces, such as the Organization of American States (OAS), there is still support for Venezuela by countries that benefit from its petroleum-centered politics and gifts given by the late President Hugo Chavez and Maduro himself. Other countries, on the other hand, are simply indifferent or unwilling to get involved in regional conflicts. That's why there's doubt over whether the Inter-American Democratic Charter of the OAS could be applied to Venezuela, which would disqualify the country from participating in the regional organization. In March 29’s extraordinary session, 20 countries were in favor of considering Venezuela's case (24 votes are needed to move forward with it).

Meanwhile Peru, which was the first country in the region to condemn Venezuela’s recent actions, decided to retract their Venezuelan ambassador as a form of protest.

In addition, human rights organizations such as PROVEA have not hesitated to label Venezuela as a dictatorship since October 2016 when the government curtailed its elections. Even before the annulment of the National Assembly, PROVEA promptly classified the situation as a compromise of democracy in favor of a state of dictatorship.

The Supreme Court of Justice definitely extinguished the rule of law and consolidated #DictatorshipInVenezuela by stripping away the powers of the National Assembly.

On a similar note, the Center of Human Rights at the Universidad Catolica Andres Bello, the human rights group Espacio Publico, and other non-government organizations qualify the actions of the executive and judicial branch as a vast rupture in constitutional law.