What Role Did Brazilian Mainstream Media Play in the Murder of a Teenage Girl? This Filmmaker Wants to Know. 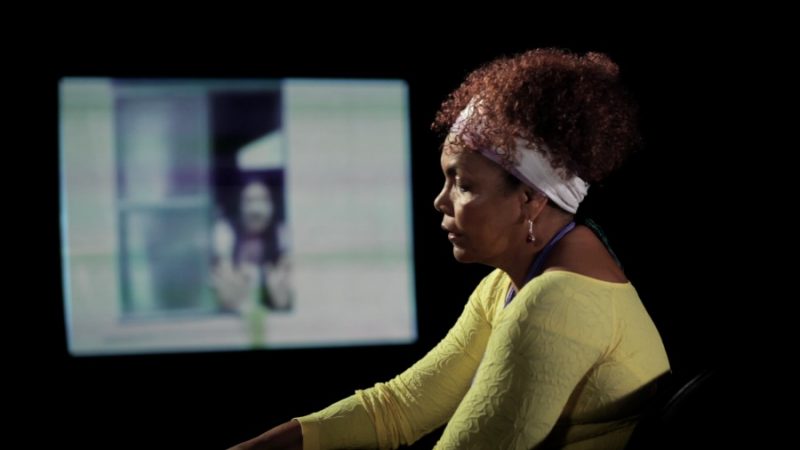 The image of Eloá by the window, crying while being held by her captor is still imprinted in Brazil's collective memory. Screenshot from ‘Quem Matou Eloá?’

If you ask any Brazilian about “Eloá’s hostage crisis”, they will probably know what you're are talking about. For a whole week in October 2008, the entire country watched on live television the kidnap and murder of 15-year-old Eloá Cristina, who was held hostage and later killed by her ex-boyfriend Lindemberg Alves, who was 22 at the time.

On October 13, 2008, Eloá was doing homework with three classmates in her home, a small flat in a housing estate in the city of Santo André, in São Paulo's metropolitan region, when Lindemberg broke in armed with a pistol. He didn't accept the end of their relationship. Two of the friends were released immediately, but Eloá's best friend Nayara remained. The police were called, and reporters promptly showed up as well.

While the police negotiated with Lindemberg, two TV stations broadcasted the crisis live. One presenter went so far as interview Eloá and Lindemberg by the same phone line that was being used by the police to negotiate the release of the hostages. Eloá had to answer questions such as, “Do you still love him?” while her social media profile was scrutinized. In one of the TV shows, a so-called expert said he was “hoping for the best” — for Eloá and Lindemberg to settle their differences and get married. 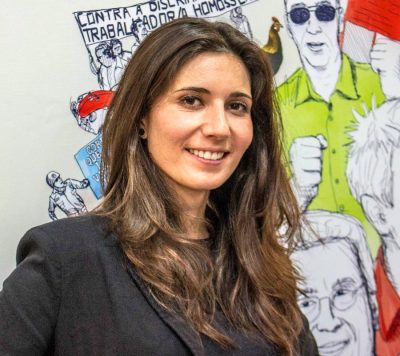 Filmmaker Livia Perez, who is used to tell stories on gender, focused on the case to debate gender violence | Photo: Alf Ribeiro/Used with permission

And although Lidemberg had released Nayara a day into the hostage crisis, the police asked her to go back in and help negotiate with the attacker.

Five days later, on a Friday afternoon, the police finally stormed the apartment. Gunshots were heard. Nayara was seen leaving the flat with an injury to her face. Eloá was carried out by police officers, unconscious — she had been shot in the head. Lindemberg struggled with the police in the building’s open-air staircase, in plain view of the many reporters and onlookers gathered outside.

All this was broadcasted live on TV for millions of people to watch.

The image of Eloá crying by the window while being held by the kidnapper, only days before her death, became the iconic symbol of what was not just the longest hostage crisis in Brazil's history — but the most mishandled and sensationalized one as well.

Eight years later, Brazilian filmmaker Livia Perez decided to chronicle what happened to Eloá. But Perez did not decide to tell the story by interviewing people who knew Eloá. Instead, she set her camera on the journalists and the police, in the hopes of understanding how the media and society romanticize stories of violence against women.

Her award-winning short-documentary “Who Killed Eloá?” which was released in 2016, has been screened in film festivals around the world, from Uruguay and Mexico to France, from schools in South Korea to Brazilian prisons. In an interview with Global Voices, Perez talked about her motivations for the project, the brutal reality Brazilian women face in their everyday lives (13 women are killed in the country every day), and the media's tropes when covering cases of violence against women and girls.

The 24-minute movie is available to watch with English subtitles:

Global Voices (GV): What brought you to tell Eloá’s story?

Livia Perez (LP): The type of crime that Eloá was a victim of is the type of crime that affects thousands of Brazilian women. Eloá’s story is the story of many Brazilians. Brazil is the fifth country in the world in terms of the number of women killed and, in spite of that, the press does not shine a light on violence against women when reporting this type of crime. That was my main motivation: to acknowledge the crime committed against Eloá as a femicide.

GV: What was the hardest part to deal with while you were working on this story?

LP: My biggest challenge was not reproducing the vices of traditional journalism in the movie’s aesthetics, or rather, reflecting on how to tell this crime using images broadcasted by mainstream media but also criticizing them or proposing other perspectives on it.

GV: In your movie, there aren't interviews with Eloá’s friend who survived the kidnapping, relatives or even the investigator responsible for the case — something crime documentaries would normally feature. What made you choose this angle?

LP: Precisely because the movie is not about this specific case, even though I’m using it as a base. You have to look at the scenario relationally, not individually. I wasn’t interested in using the same narrative of the media, I wasn’t interested in sensationalizing the crime as something isolated and unique. The choice of a narrative focused on the attitude of the media allowed me to question the position of the police and of society when it comes to femicides.

GV: The story about how her murder was broadcasted on live TV and how TV channels tried to downplay the hostage situation seems almost surreal. But is there any part of it that you would highlight from the rest?

LP: In my opinion there are many irregularities, starting from the spread of the news of the kidnapping, which, as the days went by, made the kidnapper feel more powerful. Among the absurdities, including one reporter who claimed he was a ‘family friend’ and the lawyer hoping that ‘everything would end well and a wedding’ between the victim and the perpetrator, I think the fact that the media was able to talk with the kidnapper through the telephone is the most problematic, because they ended up mediating a risky situation in which they have no expertise. What's also noxious is the construction of a romantic narrative for the crime and the overemphasis on the criminal personality, which the media does to gain/maintain public attention.

GV: The movie questions this narrative of the “nonconformist man” and the “passionate crime”, so often used in journalism to justify femicide. Do you think there had been any changes on that front since 2008?

LP:  I want to believe so, some things have changed, but I know others not so much. I think social media and alternative sources of information became very viable thanks to the internet and they’re taking increasingly more people to question traditional media and consequently how they report on sexist crimes (feminine, rape, assaults, harassment…). 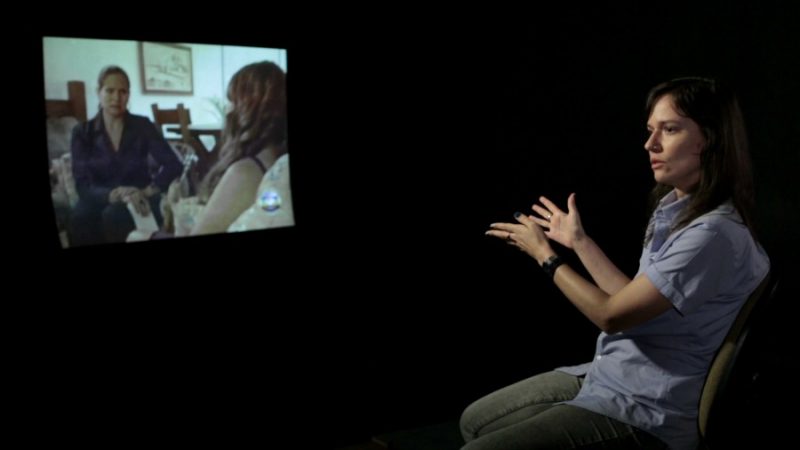 At least three media outlets managed to interview the kidnapper while the hostage crisis was going on, using the same phone line police were using to conduct negotiations. Screenshot from ‘Quem Matou Eloá?’

GV: A recent poll found that 57% of the Brazilian population agrees with the idea that “a good bandit is a dead bandit”. However, in femicide cases, many people seem to empathize with the murderer instead of the victim. Why do you think this happens?

LP: I’m completely against the discourse that “a good bandit is a dead bandit” and I repudiate vigilantism and penal populism. What happens in those crimes is that they are reported in a sexist way, that is, the perpetrators of femicides are portrayed as someone worthy of pity and the true victims are recriminated, blamed and ignored. Which causes this very harmful inversion in values and even worse is many times promoted by companies and groups who run on public concessions, which is the case of network TV channels. That’s what happened in the kidnapping and murder of Eloá, in the kidnapping and murder of Eliza Samudio, during the reporting of a gang rape of a teenage girl in a favela in Rio de Janeiro…

GV: Since 2015, femicide has been a legal term in the Brazilian Penal Code. So, it’s a crime that's defined in our legislation, but we still continue to be the fifth leading country in murders of women. What's going wrong here?

LP: I think we lack a collective effort to fight this high femicide rate. As I see it, the start could be the reform of mass media or with the enforcing of Article 8, Clause III, from Maria da Penha’s Law, which dictates the responsibility of mass media in eradicating and preventing domestic and family violence.

GV: In this past year, Latin America — one of the regions with the highest rates of femicides on the planet — has risen up in protests against gender violence, with campaigns such as #NiUnaMenos (or “No one left behind” freely translated from Spanish). How do you view this development?

LP: These uprisings are fundamental and hopeful in a Latin America that is still very sexist. Now, I think we have to integrate feminism into the political debate and we still have a long fight for representativity to conquer.