Andrew Kaweesi is the latest high-profile government official to be killed in the country. 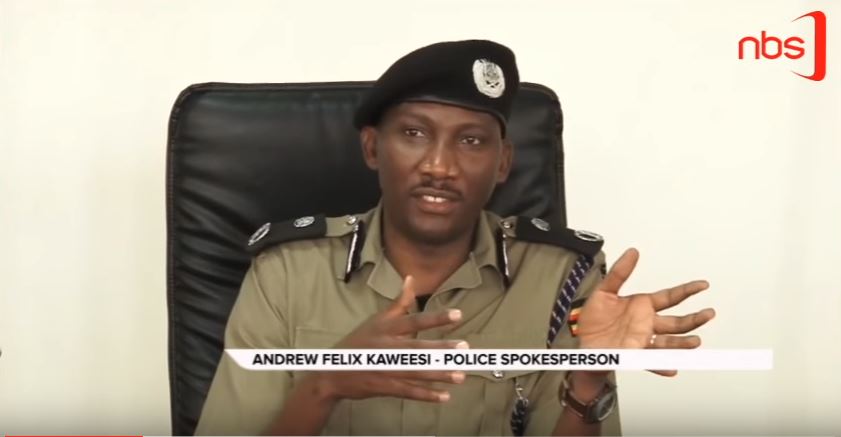 A screenshot of a video of Andrew Felix Kaweesi during a recent press conference.

The Assistant Inspector General of the Uganda Police Force, Andrew Felix Kaweesi, who was also the police spokesperson and head of the Human Resource Development department, was brutally murdered by four gunmen who were riding motorcycles (commonly called boda boda), on March 17, 2017. He was only 48 years old. The shooting took place as he was leaving his home in Kulambiro, a surburb of Kampala, the capital, to go to work. The gunmen also claimed the lives of Kaweesi's driver, Godfrey Mambewa, and his bodyguard, corporal Kenneth Erau.

Kaweesi is the third government official to be killed in this manner within a three-year period. First was senior principal state attorney Joan Kagezi, who was working on several high profile cases. One of these was the July 2010 twin bombings, which took place during a screening of the World Cup finals, killing 74 people and injuring another 70; the militant group Al-Shabaab claimed responsibility for that attack. Kagezi was supposed to lead a witness in testimony about how the explosives were assembled and brought to Kampala, but she was killed on March 30, 2015 as she stopped by a fruit vendor on her way home. Three of her children were with her at the time; they were not physically harmed.

Next was Mohammed Kiggundu, a former commander of the Allied Democratic Forces (ADF), a rebel group in Uganda and the Democratic Republic of the Congo. Kiggundu became a government soldier about a decade ago. In November 2016, gunmen ambushed his car and peppered it with more than 40 bullets; Kiggundu and his bodyguard both died at the scene.

The gunmen used motorbikes in all three of the killings. Although suspects were arrested in the aftermath of the first two murders, nothing further has happened in the judicial process. The fact that the cases remain unsolved was not easily forgotten by social media users:

Several Muslim clerics have been shot in Uganda over the last ten years; the police have said there is a link to the ADF. The rebel group's leader was arrested more than two years ago and remains in police custody. Many netizens seemed to agree, though, that anyone who fires close to 80 bullets at a car in broad daylight are not just ordinary assailants:

@tufre80 The timing of the murder is worrying. One would be blind to think that these are random boda boda thugs.

In footage captured moments after this latest murder, the voices of grieving people are heard in the background, asking why would anyone kill Kaweesi, a family man and calm policeman. Kaweesi had three children and was expecting a fourth.

About 17 suspects have so far been arrested for questioning.

Uganda's president, Yoweri Museveni, released a statement about the murder on his Facebook page:

As a consequence of these repeated murders in the city and other towns,
I have directed the immediate installation of cameras in all major towns of Uganda and along the highways. We have been planning to do this project for some time but we have been postponing it on account of other priorities like roads and electricity […]

During a vigil held for Kaweesi, the president said that the police force has been infiltrated by thugs and asked the Inspector General of Police (IGP) to clean up the force, especially the Criminal Investigation Department (CID).

Members of Parliament and other political leaders also spoke out about Kaweesi's death:

The insecurity in this country is so scary. Andrew Felix Kaweesi is gone in a blink of an eye.

Though on the opposite side of the political divide (police would often stop demonstrations by the country's opposition), another Twitter user empathized with the loss Kaweesi's family was experiencing:

Despite it all, I would not wish Andrew Felix Kaweesi dead. He is a father with a family to sustain. #Kaweesishot

Urban Television quoted a bishop speaking at his burial:

Bishop Kaggwa: #Kaweesi has left us a challenge & let us go back challenged to transform our communities#RIPKaweesi #PMLIVE Updates. pic.twitter.com/GC7FUBpvv5

Another indicator of #Kaweesi‘s moral fiber: No other ‘widows’ except Annet Kaweesi are showing up. Unusual for an ‘African Man’ #RIPKaweesi

In Africa, it is quite common for mistresses of the deceased to make their presence known at the funeral.

Footage of #kaweesi calming down a young, drunk erratic FDC supporter in the run up to the 2016 elections showed his humanity. #RIPKaweesi pic.twitter.com/aJmWuBHPXN

One time, I was called by a colleague to talk to him to bail him out from a traffic offence but when I called Afande Kaweesi, he openly told me that he couldn’t bend the law to help the journalist. He ordered the journalist to pay a fine.

Andrew Felix Kaweesi was laid to rest on March 21, 2017, at his ancestral home in Lwengo district, Uganda. As at the time of publication, there have been no further developments in the case.