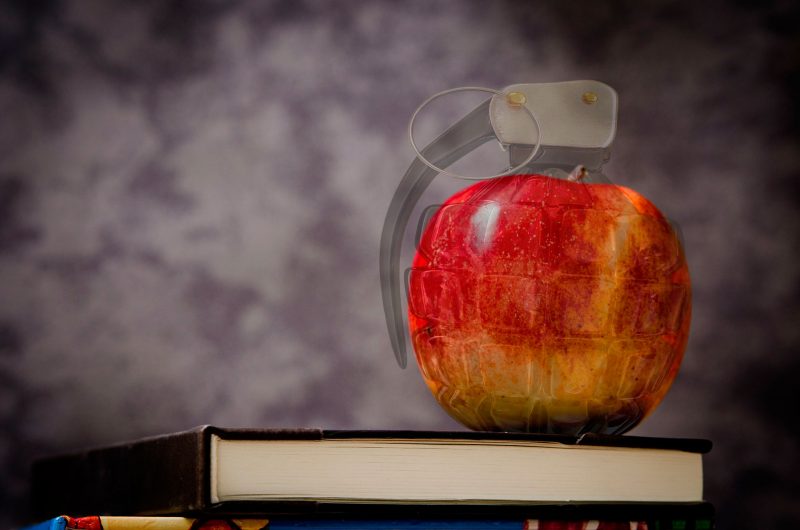 Every time Russia’s political opposition manages to hold its act together long enough to stage mass demonstrations, the nation’s pundits and activists announce to their compatriots that they’ve “woken up in a new country.” The thirst for an overnight metamorphosis is powerful, and last Sunday’s nationwide protests have introduced Russia’s latest great hope: the youngsters who make up the first generation to grow up almost entirely under Vladimir Putin.

Alexey Navalny, the anti-corruption crusader and presidential hopeful who spearheaded last Sunday’s movement, has apparently tapped the political reserves of this new generation.

Not only did young people turn out in large numbers at the demonstrations last weekend, but they’ve also invigorated Navalny’s anti-corruption campaign by challenging educators in classrooms and sharing footage of teachers and administrators trying to indoctrinate students against political activism.

On March 28, Sergei Zvezda, writing for the website TJournal, reviewed the most publicized confrontations between students and teachers across Russia in the last month. RuNet Echo summarizes that report below.

On March 28, an activist shared a video recorded in a classroom at Tomsk State University, where lecturer Nikolai Pichkurov berated his students for attending the local anti-corruption protest on Sunday. He called them “freaks” and implied that they only participated in the demonstration to earn some money.

“Find other ways to earn an income,” he begged the classroom, before explaining that corruption is a normal, if not essential, element in every government. “If a state has no corruption, it means that’s a state nobody needs,” Pichkurov reasoned, comparing Sunday’s demonstrations to the protests that helped topple the USSR in 1991.

At a school outside Bryansk, a few days before last Sunday’s protests, police walked into a high school classroom and arrested Maxim Losyev for urging his fellow students to attend the rally. After he was taken away for questioning, the school’s principal sat down with his classmates and lectured them for nine minutes about the dangers of following Alexey Navalny, insulting their grasp of civics and history.

RuNet Echo translated the exchange into English. You can read it here.

On March 16, students at a state university in Komsomolsk-on-Amur (about 700 miles northeast of Vladivostok) and several local people filed for a permit to hold an anti-corruption demonstration on Sunday, March 26. Within a few hours, the students say administrators from their university contacted them, mysteriously aware of their permit request, and threatened to expel them from school.

Sergei Zhilenko told the news site TJournal that he and his two schoolmates later withdrew their application to the city, after all three said they received threatening calls from the university, and after they learned that a city council member had also requested a permit for an anti-corruption protest for the same Sunday.

Zhilenko says he was contacted repeatedly by his school’s deputy dean of academic affairs, who worried initially that the protest was aimed at corruption in their university, he says. Even after he explained that the demonstration was more open-ended, Zhilenko says he was warned that Russia’s Federal Security Service had taken an interest in his apparently suspicious activities.

The university’s provost later denied accusations that the school attempted in any way to pressure students against political activism.

In early March, a lecturer at Siberian Federal University in Krasnoyarsk says he was forced to quit his job because he showed his students Alexey Navalny’s investigative film accusing Prime Minister Dmitry Medvedev of large-scale corruption — the same video that helped spark last Sunday’s protests and now has more than 14 million views on YouTube.

Konstantinov says he was forced to resign because of specific objections (by a student’s parents, he thinks) to Navalny’s politics. “If I’d spent a lecture telling the students about, let’s say, the animal kingdom of the Siberian taiga — another topic that falls outside [the curriculum] — it’s unlikely that I would have been reprimanded and fired,” he said later in an interview with Dozhd television.

On March 26, the day of Russia’s Sunday protests, several students at universities in the Rostov area shared messages they suddenly began receiving from the local Council of Proctors, urging them not to participate in the anti-corruption demonstrations. Some students say they were even threatened with expulsion, if they attended the protests.

Leonid Volkov, Navalny’s presidential campaign manager, also publicized these reports, tweeting a photograph of a list he said Rostov students were forced to sign, pledging not to attend the anti-corruption rallies:

Roman Koterev, a student at Orenburg State Pedagogical University, ran into trouble with his provost in March, after he started distributing flyers designed to look like banknotes, encouraging people to learn more about Navalny’s investigation into Dmitry Medvedev. He says he was summoned by the school’s provost (a member of the country’s ruling political party, United Russia), who warned him that officials from the Education Ministry had inquired about his activism.

At Sunday’s anti-corruption protest in Vladimir, local students told journalists that teachers at Vladimir State University had lectured classrooms directly about Navalny in advance of the demonstration, calling him a Western agent, and warning that his YouTube video “brainwashes” young, impressionable minds. Teachers also told students about Navalny’s felony conviction in an embezzlement case, which Navalny’s supporters say is the result of a politicized trial.

On March 17, Farida Kulmukhametova, a lecturer at Moscow State Conservatory, forced Daniil Pilchen, a fourth-year student, to read aloud to the class a list of “fifty columnists” and “traitors.” The list included several of Russia’s most prominent contemporary journalists and entertainers. The student, however, made a mockery of the assignment, reading the list ironically with exaggerated affect, drawing laughs from the class.

Kulmukhametova then took back the list and finished reading it herself.

On March 23, Pilchen says Kulmukhametova threatened to get him expelled or maybe pull his funding. A week later, however, it was Kulmukhametova who left the school, resigning suddenly.