RuPaul on the RuNet: ‘Drag Race’ Catches on in Russia 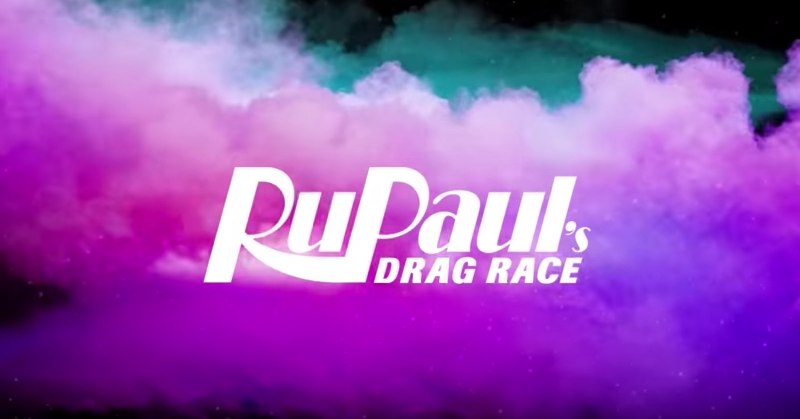 It’s dramatic, it’s campy, it’s gay, and it comes with Russian subtitles: since 2014, a group of volunteer translators on the Russian social media network VKontakte has been working to bring “RuPaul’s Drag Race,” an award-winning American reality show that documents international gender-bending superstar RuPaul Charles’ search for America’s next top drag queen, to the Russian-language internet.

Since forming three years ago, the RuPaul VKontakte group has attracted a dedicated team of 10 translators and has expanded to reach an audience of over 5,000 regular viewers across the former Soviet Union. They’ve translated over 70 episodes of the show (now in its ninth season), in which men assume female personae, dress as women, and compete for the title of “America’s Drag Superstar” through a series of grueling performance challenges.

For Nikita, a gay high school student in Russia who helps translate Drag Race, the show has provided a much-needed reminder that it’s okay to be himself. Nikita, who lives in a country where an “anti-gay propaganda law” and conservative cultural norms marginalize sexual minorities, told RuNet Echo that the show demonstrates that not only is it okay to change one’s gender expression and embrace one’s sexual orientation, but it is a freedom that should be celebrated and even rewarded.

Presenting the show to a wider audience in Russia is no small task. While it is easy enough to watch online, capturing all the nuances of the show for the Russian-speaking world is a challenge. Much of the dialogue in Drag Race includes slang that is particular to the LGBT and drag communities in the U.S.—a lexicon that is not as developed in Russian.

Though drag culture is less developed in Russia than in the West, it does exist, largely underground. Known as travesti, it’s been around in Russia for decades and persists despite state pressure against LGBT groups and a rise in hate crimes against members of the LGBT community. In 2014, Nightline profiled a Russian drag performer who fled the country for the U.S. after violent attacks at the club in Moscow where he used to perform.

Translating one episode of the show can take anywhere from four days to two and a half weeks. As soon as an episode becomes available, the translators communicate through a group chat and decide amongst themselves who will take which section, usually a 10-20 minute clip of episodes that run up to 45 minutes long. Everyone sends in their translations to a designated editor who then splices together the subtitles. “Everyone does as much as they can,” Nikita said.

Still, sometimes the translators get stuck. Take, for example, the rap challenge in season 6, during which contestant Joslyn Fox (whose real name is Patrick Joslyn) used the word “motherfishin.’” In drag culture, “fishy” describes a drag queen who has such a feminine appearance they could be mistaken for being female in real life. And to a native or near-native English speaker, the play on words with a certain expletive would not be lost. But without such a vocabulary in Russian, the play on words could be lost to foreign viewers. Nikita explained, “The biggest problem with translating RuPaul’s Drag Race is a lack of developed drag culture in Russia, and with that, a lack of vocabulary associated with it.”

“I thought about [motherfishin’] for two months and then I had an epiphany,” Elizabeth Rusakova, one of the group's primary translators, told RuNet Echo. “There is a fish called sterliad’ (sterlet), and it sounds like a combination of the word sterva (witch) and bliat’ (f***)…In my head, something clicked, and I realized that is the perfect word.” 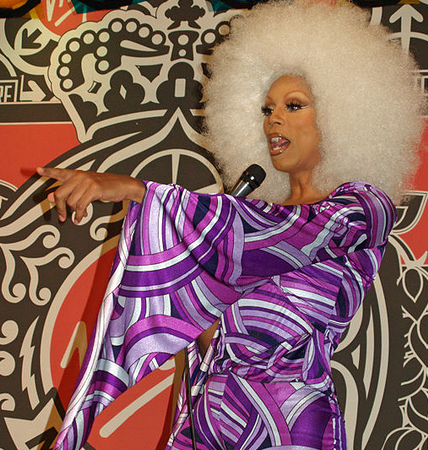 Sometimes, it’s a little less complicated. When one of the contestants wins a challenge, RuPaul always tells them “Condragulations!” which the team on VKontakte routinely changes to pozdragliayu instead of the usual pozdravliayu (congratulations), thus creating an equivalent vocabulary for Russian viewers.

In order to comply with Russian law, however, the VKontakte group's administrators are forced to maintain tight control over who can access the episodes, most of which are pirated from other sites. “We accept people into the group who are 18 and older. If we can’t see the person’s age on their profile, or they have no photos posted, we ignore the request. If a person doesn’t look their age, we also don’t accept them into the group and sometimes we ask them to confirm their age in a personal message,” Elena, a group administrator, explained to RuNet Echo.

Despite the lengths they have to go to adapt to the challenges of the Russian media space, legally and linguistically, RuPaul’s Russian translation team is in unanimous agreement that their work is vital for fans, LGBT-identifying or otherwise. Another translator, Elizabeth, told RuNet Echo that “Mama Ru is a sip of freedom in a conservative society that constantly surrounds us. The show inspires and allows you to understand that you can be yourself. Mama Ru is a great source of strength.”

Nikita was a blunt about the challenges the group faces, even among the LGBT community. “The gay community in Russia is very intolerant. Masculine or ‘natural’ homosexuals think that all persecution against gays occurs because of the more feminine gays. In turn, they think that because some of them sit in the closet, gays will be targeted by homophobes.” Drag Race’s embrace of femininity takes a stand against those in the gay community who discriminate against people with more feminine identities. The problem often plays out on gay dating sites, where men who identify as more masculine or ‘masc’ often shun those who identify as more feminine by noting “no fems” on their profiles. RuPaul himself has addressed the issue by stating that “the oppressed take on the characteristics of their oppressors.” Nevertheless, Nikita sees the show as a source of hope. “There is even a split in the community and I think that this show can help bring people together.”

Note: translators’ full names were not used in this article to protect their identities because members of Russia's LGBT community are a discriminated-against minority.