For One Somalia-Born UK Citizen, Brexit Is a “Point of No Return”

"The hatred towards those of us against Brexit has become unbearable.” 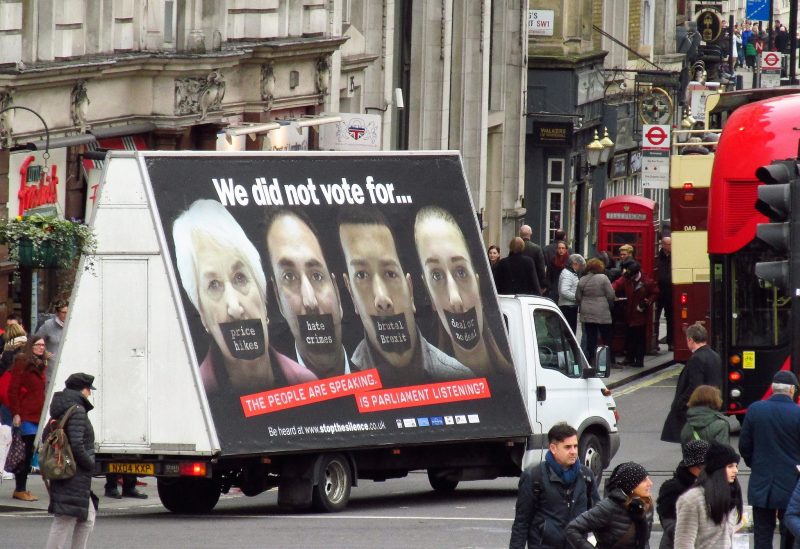 “Brexit has changed everything and we still don't know how far that change will go,” says Ismael Einashe, a British journalist and Dart Center Ochberg Fellow at Columbia University Journalism School.

I spoke with Einashe during Idea Camp, a program hosted by the European Cultural Foundation in Madrid in early March. “No one thought about what would come next and there weren't any plans for the impact this decision would have on three million [citizens and residents of Great Britain].”

Einashe is one of the victims of the policies Great Britain has embraced in recent years. These policies have become more and more radical and mistrustful of the segment of the UK population who wish to remain in the EU, which includes a large part of the Muslim community. Seven out of ten Muslims voted against Brexit. Prime Minister Theresa May has, at various points, disparagingly referred to the 48% of anti-Brexit voters as the “metropolitan, capitalist elite,” “crybabies” and “citizens of the world.” Einashe asserts that these declarations have opened the door to a flood of racist incidents and commentary, similar to statements made by Trump in the United States and Le Pen in France.

“With governments and institutions speaking unfiltered against religious and ethnic minorities, or people with certain sexual orientations, many racist people are coming out of the woodwork. There are even judges receiving threats simply for doing their jobs. This is not the England I grew up in, the one I wanted so much to belong to,” Einashe adds, connecting the increase in racist commentary with hate crimes that have even gone as far as murder.

Einashe's path to citizenship was not an easy on. In 1994, when he was nine years old, Einashe arrived in London with his parents, fleeing Somalia's devastating decade-long civil war. He grew up between the boroughs of Camden and Colindale, with Kurdish, Bosnian and Kosovar refugees on one side and working class whites on the other. The only black family in the neighborhood, the Einashes were received with hostility. “There were neighbors who would go as far as to throw garbage in our garden. My mother simply picked it up without saying a word.”

In 2001, the same year as the September 11 attacks, Einashe obtained UK citizenship. By that time he had finished secondary school, and by dint of his high grades, was accepted to one of the best universities in the country. It was around that time that things in the country began to change.

“Until that moment,” Einashe says, “British nationality was a mere bureaucratic detail. You got it and the state forgot about you. After 9/11, they began having the citizenship tests, the emphasis on “shared values,” the ceremonies where you swear loyalty to the monarchy and the Kingdom and the mistrust for Muslim citizens.”

During the 2000s, the United Kingdom, like the United States, placed Muslim citizens under scrutiny, especially those who had been born in other countries or had dual citizenship, making many feel like second-class citizens. The country experienced increasing tension after the bombings in London on July 7, 2005, which many Britons blamed on the Muslim community. Post-9/11 actions presented as temporary measures became permanent, including the ability to revoke a person’s British citizenship without a court order, a practice that has been on the rise since Brexit.

The revoking of citizenships has continued to increase under May's government, according to the Bureau of Investigative Journalism. “These are almost arbitrary decisions that ought to deeply alarm people both inside the country and out, but are getting scarcely any attention,” Einashe says. He sees in Brexit a point of no return, a fracture in British society between those who endorse the government's anti-European position and the so-called “anti-patriots” like himself who oppose the UK's exit from the European Union.

“I am not an anti-patriot, but the complete opposite,” he says. “My England is the England of multiculturalism, the England that is open to the world, and that is now in danger.”

Apart from the possibility of being stripped of his hard-won citizenship, Einashe fears the vulnerable position in which Brexit will leave thousands of citizens, now that they no longer have access to the protection mechanisms provided by the European legal framework. “Now we are at the mercy of British policies and we no longer have any other authority to turn to.”