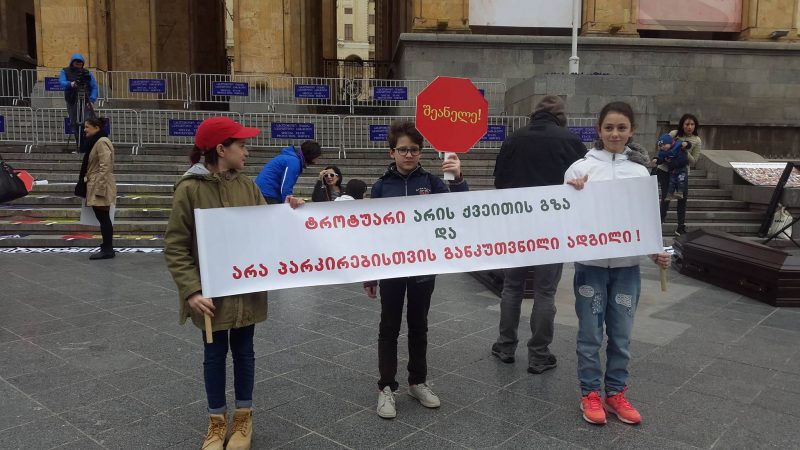 The following is a version of a partner post written by Sulkhan Bordzikashvili that first appeared on the website OC Media.

On 22 March, in Tbilisi, a mother and a daughter standing on the side of the road were hit by a car. The 11-year-old girl died on the spot, while her mother was taken to hospital in critical condition.

The police have launched an investigation into ‘violation of the rules of traffic safety leading to loss of human life’, which is punishable by imprisonment of four to seven years.

According to witnesses, the mother and daughter were standing at a bus stop when the car swerved off the road, hitting first a billboard, and then them.

In 2015, the World Health Organisation published a report stating that every year 1.25 million people die as result of car accidents. According to the Organisation for Economic Cooperation and Development (OECD), Georgia had the highest rate of deaths from road accidents in Europe (163.6 per 1 million inhabitants). Twenty-four percent of road deaths in Georgia are pedestrians.

According to statistics from Georgia’s Ministry of Internal Affairs (see below), the number of accidents started to decline 2008, although it has been on the rise again since 2011. The ministry reported that the most common risk factors for road accidents were driving under influence of alcohol and speeding.

Getting less tough on traffic violations

Despite the growing death toll, in 2014, the Ministry of Internal Affairs prepared a set of amendments to the Administrative Code, reducing the penalties for traffic violations. According to the proposed bill, the fine for crossing the centre line, which is currently punishable with a fine of 100 lari ($41), will be halved. The fine for repeated offences will be reduced from 200 lari ($82) to 100 lari ($41). Offenders who do not pay traffic violation fines on time will now pay 40 lari ($16) instead of the current 150 lari ($61).

In 2016, the Georgian government approved the National Road Safety Strategy. The authors note that the adoption of the strategy was necessary due to the high death toll from road accidents. The strategy has been jointly adopted for a five year period by the ministries of Economy, Regional Development, Labour and Social Affairs, Education and Science, and Tbilisi City Hall.

In order to implement the project, an interagency commission and working group was set up by the Ministry of Economy to coordinate between different institutions. 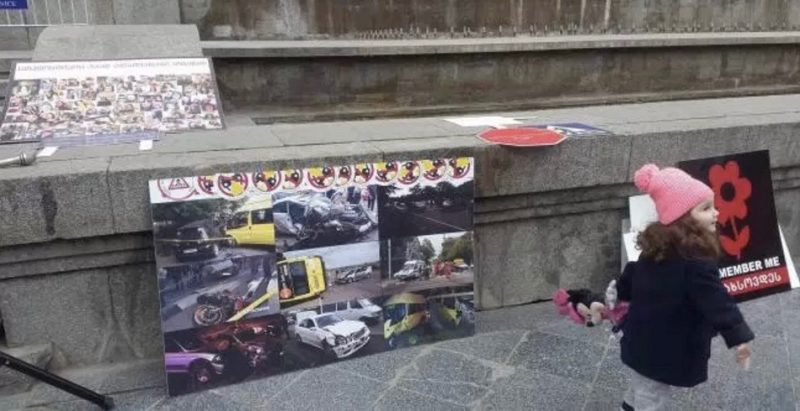 In a statement, Prime Minister Giorgi Kvirikashvili said that the initiative was the result of recommendations made by international organisations and experts.

‘This is a very important document for successful and sustainable long-term road safety management in Georgia’, the president said.

Talking with RFE/RL, Gela Kvashilava, founder of the Road Safety Foundation, a local advocacy group, said that Georgia’s main problem regarding road safety was that roads were tailored for cars instead of people.

The five-year strategy is supposed to deal with the issues of road safety, city traffic, and lack of parking space. 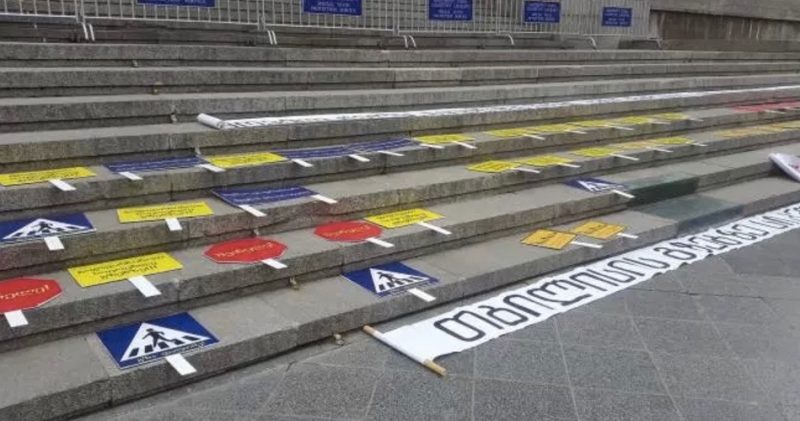