Art in Transit: Meet the Commute Sketchers of Singapore 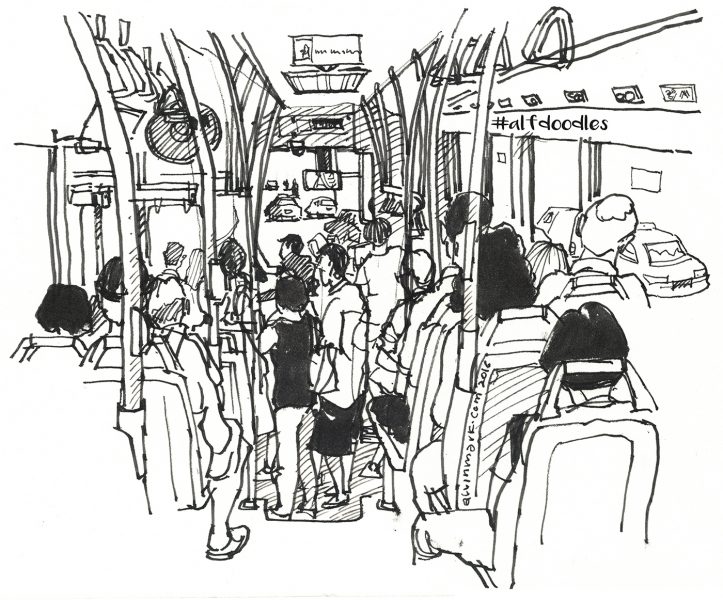 They ride buses, trains, and planes, not just to travel but also to practice drawing.

The Commute Sketchers Facebook group was established more than a year ago to showcase the work of artists who make productive use of their time by drawing what they see inside public transport. The group is sharing not just the drawings of Singaporeans but also artists from other countries.

Singaporean artist and teacher Erwin Lian, one of the founders of Commute Sketchers, explains why he thinks the public transport system is an ideal platform for artists:

I think the public transport system is a very unique and peaceful place. You have this moving box (public transport) with wheels or wings that can contain the greatest diversity, because it is literally taking everyone to a common destination. I find that interesting; the notion of going somewhere together. Also, the fact that there are so many different faces to draw within a small room excites me. I was traditionally trained in fine arts and with dwindling interests in traditional art, the public commute presents a unique, safe and condensed setting to practice what I love.

He adds that the idea of Commute Sketchers was inspired by a similar program in Canada:

I was very inspired by the Canadian subway and they have this ‘Sketching-the-line’ program where they invite commute sketchers to submit their work and feature them all over the transit. I thought that was such an organic move and very gracious of them to grant advertising space to commute artists. 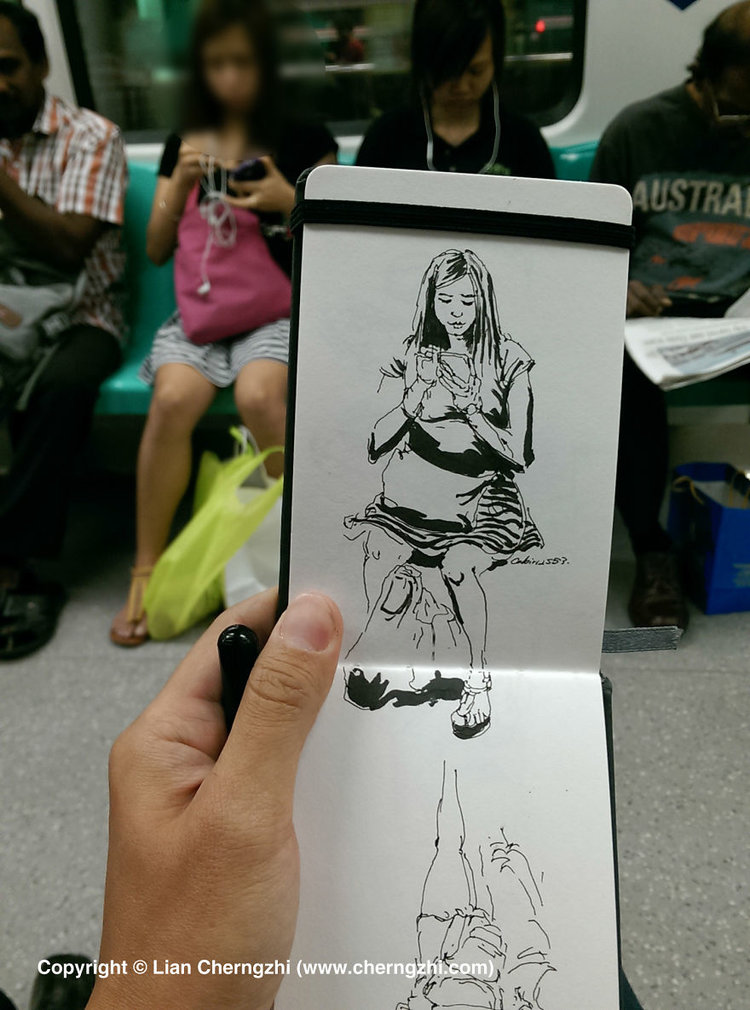 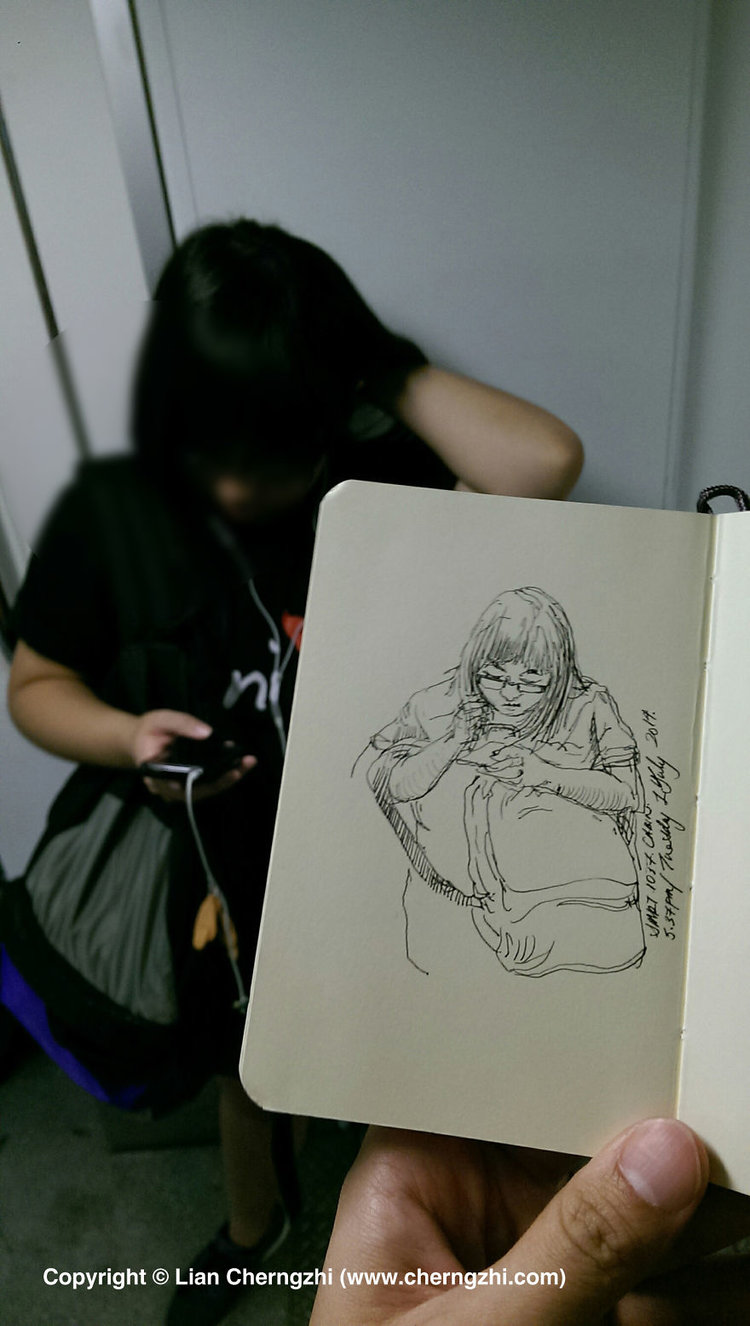 Alvin Mark Tan, another active member of Commute Sketchers, is surprised to discover that many people are unaware of what is happening around them when they rise buses or trains:

That people in general can be so hooked on to their mobile devices, they have no clue that I’m sketching them, or even what is happening around them. 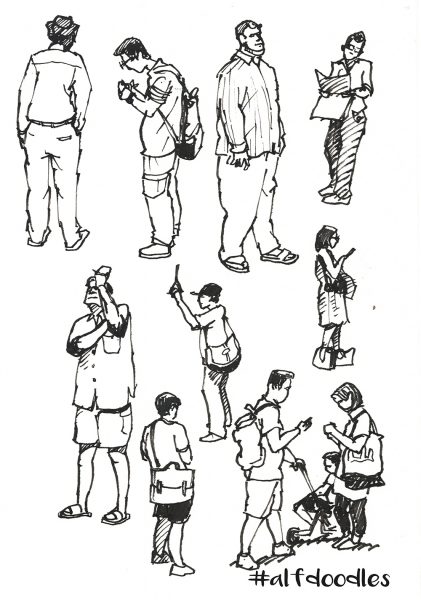 He also produced a short instructional video detailing the basics of commute sketching: