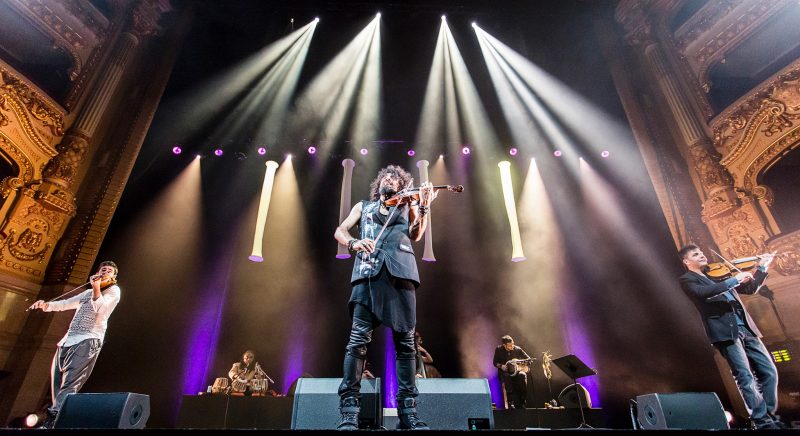 They call him a violin genius. Ara Malikian, an Armenian man who grew up in Lebanon, has studied music in Germany and England and currently lives in Spain. He recently became concertmaster in the Royal Symphonic Orchestra of Madrid. Malikian has traveled the world, performing in concert halls as a soloist and as part of symphonic orchestras.

In late February, Malikian performed a concert in Sofia, Bulgaria. The next month, he gave another show in Ankara, Turkey. This second concert had special significance, in light of Malikian's position on the Armenian Genocide, which he commemorated in September 2015 with performances in Zaragoza and Madrid.

Malikian has also played in support of the refugees in Lebanon. In both life and on the stage, he has become a symbol of cultural unity for fans, merging musical traditions from Central Europe, Argentina, Spain, and Arab and Jewish cultures.

Malikian's father, an amateur Armenian violinist, introduced him to the world of music at an early age, teaching him about Lebanese musical traditions. Malikian's most recent album, “The Incredible Story of a Violin,” was inspired by his childhood. At the age of 12, he performed at his first concert. At the age of 15, he got his big break, winning a scholarship to the musical school of Hannover. He later continued his education in London.

Global Voices’ Nevena Borisova recently spoke to Malikian about his life and his music.

Nevena Borisova (NB): You have a really rich biography. It's difficult to choose from where to start…You are a cosmopolitan by soul, by nationality. Still, where do you most feel at home?

Ara Malikian (AM): Frankly, nowhere. Today I feel myself at home in Bulgaria, because you Bulgarians welcomed me with much love. And I feel very confident here. I have been travelling so much during my whole life that I had to learn to feel home everywhere with any people. But the most important thing for me at a place are the people. When I meet people who I feel close to me, I feel like being at home.

NB: What's the difference between your two last albums?

AM: First of all, in my last album there are my own compositions. Never before I have been a composer in my albums, but in this last one I worked a lot on the compositions and therefore I am happy it is a fact. Furthermore, in this album I had many guests. We had many live concerts. This last album is very special — it is very new for me.

AM: I don’t control from where the inspiration comes. I was lucky to be able to play with musicians from many places, many styles. Each of them has inspired me. Every one of them has taught me many things. When I make music, it comes from the subconscious, which is in fact the most precious. In the album, each song is completely different from the previous or the next one. They are very different by style. This is the way by which I perceive and make the music. This is my musical concept. I would be bored if I always proceeded in the same way.

NB: You have interacted with many cultures. You are like a living proof that there are many points of contact between cultures. And how do you explain all these conflicts in the world that we witness today?

AM: There are many people who are desperate because of living with all these conflicts. Refugees, wars, terrorism… It is all very negative side of the world. I think that the only way to go through these conflicts is through art, music, culture. The world can change through interacting with other cultures, on the basis of respect towards other opinions and ways of thinking. Through art it is the best way to understand that — although we are different — we all have something in common. That is why I think, sooner or later, culture and art will save humanity… I am sure.

NB: In 1899, the Bulgarian poet Peyo Yavorov dedicated the poem “Armenians” to the fate of the Armenian people. A moment ago, you said that you believe that art can change the world. Do you think that contemporary artists are thinking or engaged enough with the perspective of a better world, with today's problems?

AM: There are many artists who are engaged and make an effort to improve the world, but of course there are other ones who think in a more selfish way and who are more interested in economic and political terms… And of course not so much humanitarian interests. So, there is always this conflict between these two ways of thinking. But it still seems to me that the world is a better place today, although we think it is a worse place. And sooner or later people will realize that the only way to survive is to respect each other, our differences, opinions, fate, and different ways of life.

NB: You have lived in the Middle East, in Beirut. In one of your interviews, you said Oriental music is very tranquil and can be very mild and peaceful. Why then do we observe an absence of peace in that region?

AM: Oriental music can be that way, but it can also be very, very rhythmical. There are both styles of this music. Frankly, I do not know why there are so many wars… Maybe because of hot blood, I do not know [laughing]… I've lived in Lebanon for many years and I have many friends who are Arabs and Jews. And basically they live very well, but when it comes to economic interests and political interests, things change. I think if only people would live together they would not have any problems. But as long as these interests and leaders wield influence, they create hate, rage, and this is how you come to war. But I believe that the normal people don’t want to have war. I remember when I lived in Lebanon, we did not want to have war, even though we lived in a time of war, we didn’t want…

NB: A few years ago, you had a concert in Lebanon in support of the refugees. How has Lebanon changed since the time you remember it?

AM: In Lebanon things have changed. When I left Lebanon, the country was plunged in an absolute war. Now there is a kind of peace, people respect each other and each other’s differences. Of course, now there are other, new problems related to the situation of refugees. We have to see how we can make the lives of refugees better, so they can have a future. Those who have lost their family, home, and work — they cannot go back to their countries… Of course, the best way of solving the problem is having peace in their country, so they can go back and find their lives there… But until they go back, we have to help them. 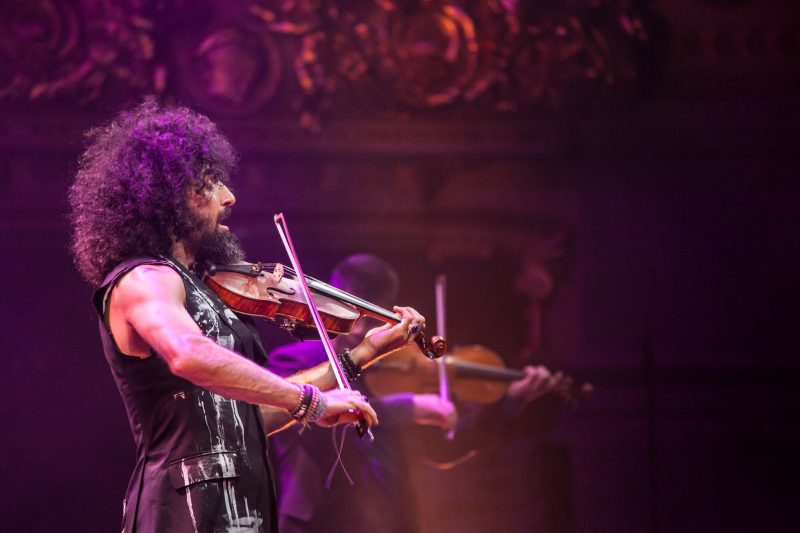 NB: You've had a concert in support of Armenians and in defense of what the Armenian people call a historical injustice. What are the biggest challenges for Armenians today?

AM: I have Armenian roots, I speak Armenian, and I also play Armenian music, I know my culture… We, Armenians, are trying to persuade the world to recognize the genocide, which today is forgotten. We are trying it to be recognized officially — to correct the historic record. That is what we try to do. And what we shouldn’t do today is create hatred against the Turks. I think that Turks today are not our enemies. Of course, they have to recognize the genocide — all the crimes that were committed. But I think for the good of our relations, we shouldn’t think of them as our enemies, and we have to respect them. We have to try to talk with them through dialogue and try to resolve the problem.

NB: Your talent flourished early when you were a child, with the war in Lebanon in the background. How would you describe your childhood?

AM: Although as a child I lived during the war, I really have good memories of it. I had friends, I enjoyed my family, my mother, and my father. The only unfortunate thing was that my childhood was still very short, because I went to Germany [for a music school scholarship]. But this was my destiny: to have a short childhood, but to enjoy it.