Is Kazakhstan's President a Dictator? You Decide. 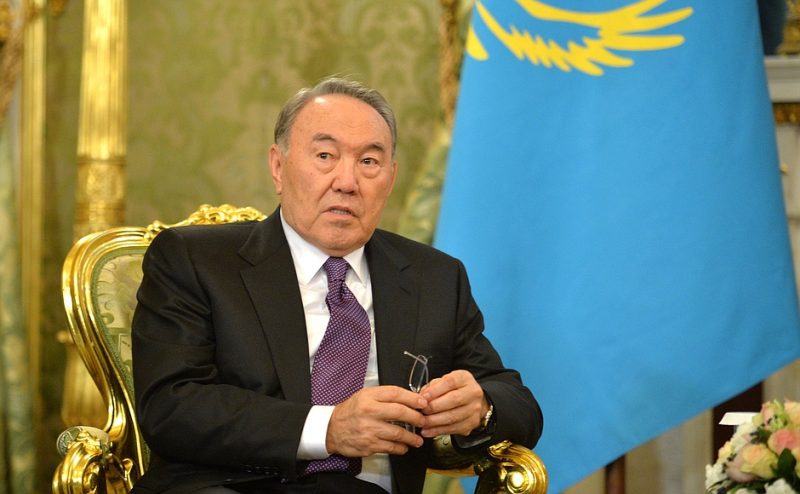 Kazakh President Nursultan Nazarbayev. PHOTO: Public domain from the web side of the Russian government.

Like many leaders who might more or less match the description, 76-year-old Kazakh president Nursultan Nazarbayev is uncomfortable with suggestions that he is a dictator. In a recent and revealing discussion with hand-picked journalists in the oil-rich country, he returned to a favoured theme: explaining why, in his opinion, Asian societies aren't always suited to the trials and tribulations of democracy.

Nazarbayev held court on March 16 at his residence in the capital Astana, a city of a million that he transformed from a provincial backwater, and one that looks increasingly destined to take his name. According to him, a strong presidential republic such as the one he has ruled over since before the collapse of the Soviet Union offers numerous benefits.

“The most important thing is people’s economic well-being. How can you do politics on an empty stomach? There is no political culture in Kazakhstan for the development of full democracy yet,” he declared during the discussion.

Not for the first time, Nazarbayev referred to his late friend and role model, the former Singaporean leader Lee Kuan Yew, who served as the country's prime minister for three decades. “Everyone criticized him, calling him a dictator, and look at Singapore now and what economic prosperity it has achieved,” Nazarbayev said.

“Adopting a new Constitution in 1995 that gave me more power as a president. That was a necessary step in order to ensure faster economic development of the country, by adopting faster reforms without consulting the public and the Parliament, which was slowing down economic development.”

“But that doesn’t make me a dictator,” added Nazarbayev. “Look at Europe, a traditionally open and democratic society and how it is dealing with the refugee crisis. Why are they not letting refugees in? Because leaders realise that you have to consider national interests and the interests of your own people.”

At one point during the discussion, which was broadcast on state television, Nazarbayev gestured outside the window behind him to the view of glitzy Astana, where billions of profits from oil revenues have been invested in buildings designed by international architects.

“Look out the window and see how Kazakhstan looked in the early 1990s compared with how it looks now,” he told the journalists.

But there is a problem with Nazarbayev's depiction of Kazakhstan: it is a facade.

For drop-in journalists and delegates at peace talks on Syria that took place there in January, Astana may indeed appear impressive. But it is not representative of Kazakhstan, where the norm remains bumpy roads, school shortages and endemic corruption. Nor do its summits and expos offer much for ordinary people suffering amid an oil-price-linked economic crisis, with high inflation and even higher unemployment.

While Nazarbayev underplays his dictator credentials, opposition activists are forced to flee the country in the face of persecution, unlawful trial and imprisonment. In one recent case, blogger Zhanara Akhmet escaped to Ukraine, declaring that her freedom to openly oppose the present political regime was at risk.

During his discussion with the journalists, Nazarbayev also stressed recent constitutional changes that have seen powers devolved from the presidency to the parliament and the government. But to whom, exactly, have they been devolved?

A speech earlier this month (see video below) in the lower house by an MP from Nazarbayev's dominant Nur Otan party called for the capital, its airport and other important symbols of state to be named after the ageing leader, prompting rebellious social media users in the country to make comparisons not with Singapore, but North Korea.

Elections, meanwhile, are a sham. The 95.22% turnout claimed in a vote Nazarbayev won with a 97.7% margin of victory at a time of profound economic crisis, was widely seen as yet more evidence that Kazakhstan's political system has lost touch with even the faintest trace of reality.

Unfortunately, the strongest sources of resistance to one-man rule in Kazakhstan have all been broken. Opposition media has been suppressed in Kazakhstan, with fabricated court cases and heavy penalties, and some of the country's strongest anti-government media, including the newspaper Respublika, have been shut down. Independent online media is regularly blocked.

Protesting, even by individuals, is mostly illegal in Kazakhstan, since Kazakh laws require obtaining permission from local authorities 10 days in advance, a request which is most of the time denied. In May 2016, applications to hold protests across the nation to vent frustration at controversial land code amendments proposed by the government were rejected, and hundreds of protesters were detained across the country. Rights activists Max Bokayev and Talgat Ayan, who played a role in organising the protests, are currently serving five-year prison terms for “inciting social discord”.

President Nursultan Nazarbayev, meanwhile, is immune from prosecution for the rest of his life, and his status as Leader of the Nation, a title created in 2010, also allows him to influence government policy after retirement. Among democratically elected rulers, such stipulations might seem somewhat irregular.