Kathmandu’s Pollution Is So Bad, Even Gods Need Masks 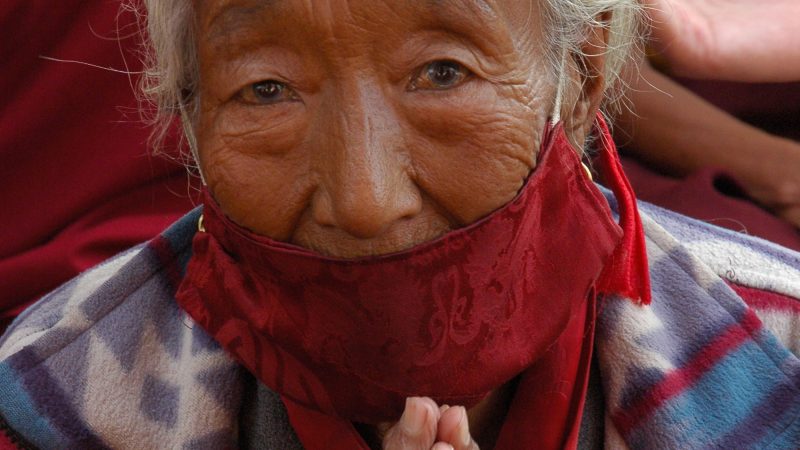 Nepal’s capital Kathmandu is witnessing its worst air pollution in recent history. With dust particles everywhere, respiratory disease climbing, and the government blissfully apathetic to the situation, a group of students decided to protest by putting masks on iconic statues across the city.

Finally ! The statue wears a mask by youth to show symbolic protest against air pollution in #Kathmandu Nepal pic.twitter.com/LgGcc5ZhAr

Residents joined in, by tweeting hashtags with mash-ups of ‘Kathmandu’ and ‘dust'; and ‘mask’ and ‘Kathmandu’. Even gods at a performance arranged by Baha and Bahi of Nepal, a well-known Buddhist monastery, wore masks.

The level of pollution in Kathmandu has surpassed the minimum acceptable level of the World Health Organization. Reconstruction work following the 2015 earthquake, road widening projects and pipeline work associated with the much anticipated Melamchi Water Supply Project (MWSP) has added to the pollution already emitted from hundreds of brick kilns around the city and the vehicles that congest the roads of Kathmandu.

The bowl shape of the Kathmandu Valley also restricts wind movement and helps trap pollutants in the atmosphere, making it more vulnerable to air pollution during the winter, according to Clean Air Network Nepal.

A Nepal Health Research Council official explained that Kathmandu's air contains particulate matter less than 2.5 micrometers (PM2.5), which are known to be carcinogenic. Particles less than or equal to 10 micrometers in diameter, which is less than the width of single human hair, are so small that they can get into the lungs, potentially causing serious health problems.

While the government could have taken steps to avoid this perfect dust storm, it is now slowly responding to the pollution crisis.

The government recently banned 20 year-old public vehicles in the capital and its surrounding valley. The Environment Protection Committee of the Parliament has also instructed the water authority to spray water to reduce dust pollution; and ten brick kilns have adopted a new technology that is set to bring down pollution by around 60%, according to a BBC report.

However, for the time being, Kathmandu residents have no option but to put masks over their faces, just like the iconic statues in the city.