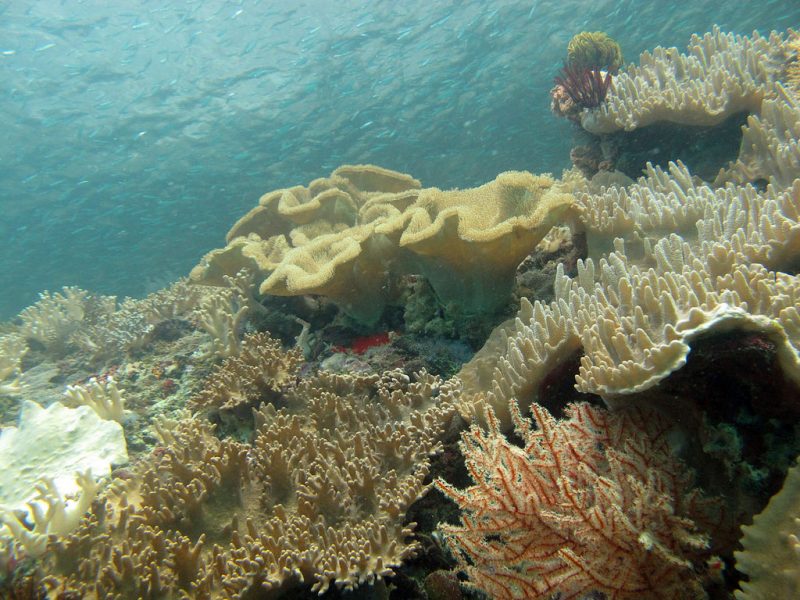 A British cruise ship ran aground in the shallow waters of West Papua, destroying 13,500 square meters of coral reefs in Raja Ampat, a marine sanctuary in the Coral Triangle that is considered one of the richest biodiversity habitats in the world. West Papua is a province of Indonesia.

It was initially reported that Caledonian Sky, a 4,200-ton cruise ship belonging to Noble Caledonia, hit 1,600 square meters of coral beds in Raja Ampat. But a subsequent investigation by Conservation International Indonesia (CI), Raja Ampat district government and Papua State University revealed that the damage could be 8.5 times bigger than initially thought.

Most of the damaged reefs were at the Dampier Strait Marine Conservation, an area inhabited by hard corals. Raja Ampat, which means “four kings” in the local language, is believed to have a bigger number of hard corals than those found in the whole of the Caribbean.

Hey #noblecaledonia what you doing about your large ship that just crashed into pristine reef in Raja Ampat? pic.twitter.com/VdEi5VC4LA

A report published on birdsheadseascape.com said that the vastness of Dampier Strait makes it difficult to conduct a proper oversight of the area against destructive activities like unsustainable fishing practices.

The local government has set up a joint committee composed of various ministries to make the cruise ship owner accountable for the damage it caused in the waters of Raja Ampat.

Environmentalists, marine scientists, and local residents also expressed their indignation about the destruction of the pristine coral reefs.

On Facebook, Kate Patricia Sparksman wrote that it would probably take several decades to rehabilitate the damaged reefs:

We visited and dived there a couple of years ago and it is still the most amazing place I have been to. The reefs in Raja Ampat are known as some of the best and most pristine in the world and are part of the coral triangle which is responsible for repopulating coal reefs worldwide. This damaged area could take hundreds of years to re-grow. Noble Caledonia need to take responsibility for this and help rebuild this reef!

An online petition was launched urging the cruise operator to do more aside from making a financial payment to the local community:

Rather than negotiate a financial settlement, we ask Noble Caledonia to provide physical and financial support to repair the reef. Noble Caledonia — long a champion of the environment — is asked to provide full support for an international reef specialist and his/her team to undertake a reef restoration project in collaboration with the local communities and Marine Park managers, including tracking growth over time.