You a Bad Politician in Mexico? You Could Get a Tomato in the Face 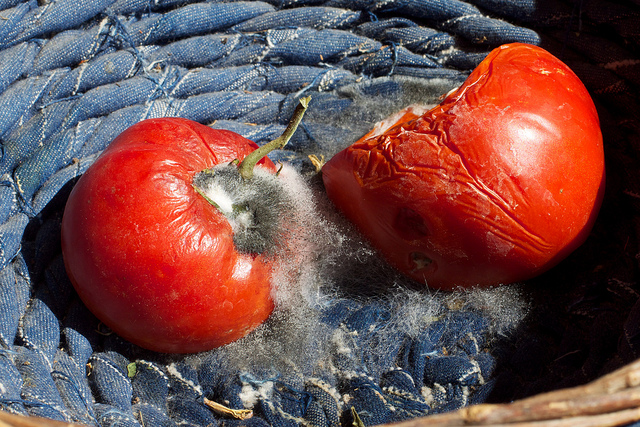 An activist and former public servant in Mexico is leading an unorthodox campaign to rub politicians’ faces in the public's dissatisfaction. Arne aus den Ruthen Haag is promoting a movement called #JitomatazoMx, rallying people on social media to collect tomatoes — or jitomates as they're known in Mexico City — as ammunition to throw at corrupt government officials.

When there is corruption in the political class and no legal defense mechanisms in play, the jitomatazo is a way for us to express our disapproval.

And make no mistake: #JitomatazoMx is very literally about collecting tomatoes to throw at state officials.

Countdown. This week we will begin to operate as a citizen protest group. #PoliticsWithoutPrivileges

The first public servant to get the Jitomatazo treatment was legislator Cesar Camacho of the Institutional Revolutionary Party (PRI), which in the past enjoyed a 70-year reign over Mexican government, and recently returned to power under President Enrique Peña.

Camacho's critics say he accepted a highly questionable “Christmas bonus” last December, as the country continues to face an economic slowdown and hikes in energy prices.

Based on an online poll, #JitomatazoMx's next target will be 83-year-old actress Carmen Salinas — another PRI lawmaker who won her seat despite a lack of education and political experience.

Who do you propose we visit for the next #Jitomatazo?

In response to the rising popularity of Jitomatazo, political scientist Luis Rodolfo started a Twitter poll to weigh his followers’ attitudes about this form of protest:

Are you in favor or against #jitomatazo? ???

Others on Twitter say they agree with Camacho, objecting to tomato throwing as potentially violent:

@DarioJimenezL On the subject of “jitomatazo,” I am against any kind of violent act that rejects a chance for social reconciliation.

I am against the “jitomatazo” as it is a violent act that does not diminish the problem and can encourage weapon use, so we should not encourage it.

Last year, Arne aus den Ruthen Haag called on members of the public to use the live-streaming app Periscope to livestream evidence of any illegal, abusive, or violent behavior by fellow citizens. A few months after, he left public office and devoted himself fully to activism.

*Linguistic note: In Mexico City, locals use the word jitomate to refer to a red type of tomato. This differentiation stems from the etymology of the native náhuatl word tomatl, which is the root of the current word used in the northern Mexico to refer to the fruit in question.