Donald Trump Was Right: Iranians Do Play With Fire 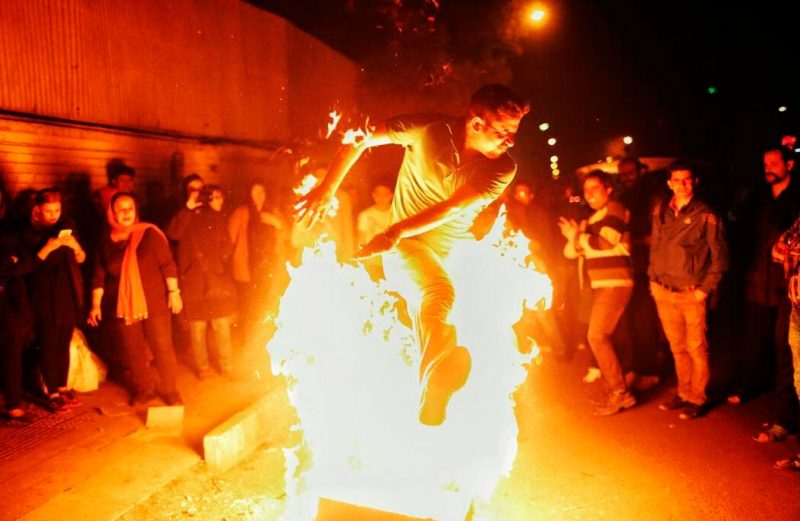 The ancient Iranian festival of fire, known as Chaharshanbe Suri, proves that Donald Trump was absolutely right — albeit unwittingly — when he accused Iran of “playing with fire” last month.

In early February, U.S. President Trump fired off a handful of incendiary tweets about Iran, following his executive order to ban Iranian citizens (among others) from traveling to the United States.

Iran is playing with fire – they don't appreciate how “kind” President Obama was to them. Not me!

Trump was criticizing former President Barack Obama's policy of rapprochement with Iran, which reached a deal on nuclear weapons and removed several sanctions against Iran.

In late January, Iran test-fired a missile that traveled 600 miles, apparently with the aim of gauging President Trump's commitment to the promises in the Iranian nuclear deal, which provided some room for Iran to conduct missile tests.

Online, Trump's use of the phrase “playing with fire” amused many familiar with Chaharshanbe Suri, the “Persian Festival of Fire,” which Iranians traditionally celebrate on the eve of the last Wednesday before the Iranian New Year.

@realDonaldTrump hey mothafucker do you know chaharshanbe suri?
We don't play , we jump it.

For once in your life you tweeted the truth! We DO play with fire! It's called Chaharshanbe Suri & it's a beautiful ancient tradition. 🔥 🇮🇷 https://t.co/Np6WmClBG4

The Iranian calendar starts at the beginning of spring in the northern hemisphere, on March 21. The New Year's celebration, however, gets underway the evening before the last Wednesday of the year, when people build bonfires and jump over the flames, while setting off fireworks.

In other words, people are saying, “Take away my weakness and give me your strength.” This phrase expresses hope for good fortune in the new year.
Basically, Iranians “play with fire” in order to cleanse themselves of last year's baggage, hoping for a fresh start. Given the new regime in Washington, Chaharshanbe Suri is bound to be especially popular in Iran this year.