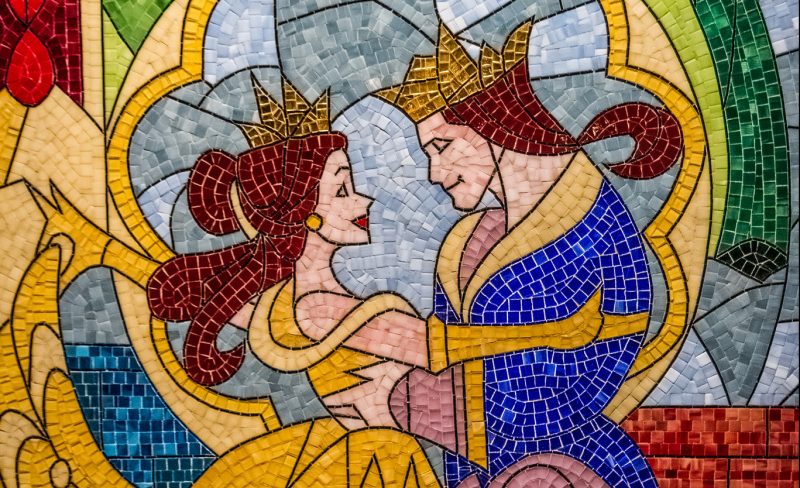 Religious groups and state censors in Singapore and Malaysia are unhappy about the live-action remake of the Disney film “Beauty and the Beast.”

In Singapore, Christian leaders have advised their faithful to “protect” their children from the film's supposed “pro-LGBT agenda,” following reports of a “gay moment” in the movie. In Malaysia, film censors initially approved the film for public viewing, albeit with with a “minor cut [2].”

Beauty and the Beast is a love story between a young woman and man cursed to live as a monster in a castle. The film's producers have told the media that the remake features a gay character.

Singapore's National Council of Churches has expressed outrage that the new movie “rejects” the “wholesomeness” of the 1991 animated Disney film, denouncing the gay character, played by actor Josh Gad, as “totally unnecessary.” The council has issued a formal statement [3] warning the public about Walt Disney's supposed intent to “normalize the homosexual lifestyle”:

Some Christian leaders here are deeply concerned about the LGBT representation in this new Disney movie. They see this as an attempt to influence young children and socialize them at an early age into thinking that the homosexual lifestyle is normal.

The Roman Catholic Church of Singapore also released a brief statement urging parents to be discerning [4] when watching the movie:

With extensive media reports of the purported ‘gay moment’ in this movie, we believe that parents must discern and reflect with their children on whether the lifestyle portrayed is consonant with the teaching of Christ. They must explain the implications and the consequences of such a lifestyle for themselves and society.

In Singapore, homosexual acts between men are criminalized [5].

Malaysia also outlaws sodomy, and the country's Censorship Board indefinitely postponed all screenings of Beauty and the Beast, following lingering concerns even about the edited version. The Walt Disney company says it's conducting an “internal review” to learn more about the film's situation in Malaysia.

The government's apparent vigilance against the pernicious influence of Hollywood has disappointed many Disney fans in Malaysia, where the culture minister echoed their concerns [6] about unfair censorship.

On social media, Malaysians vented their frustrations about the film's de facto ban, while others challenged the Censorship Board to explain why it keeps Beauty and the Beast from cinemas, while welcoming on the silver and small screens all manner of violent entertainment:

No words for the situation occuring for Beauty and the Beast.

Just utterly disappointed that Malaysia could be THAT sensitive.

“beauty and the beast banned in malaysia because of the gay scene between the clock and the candle.”
i love my country

Malaysia has so many things to improve on but we choose to look at the petty stupid stuff like banning Beauty and the Beast. How disgusting.

Malaysia, the land of possibilities.

Beauty and the Beast banned while WWE airing on the tv. Apparently our country promote war, not love.