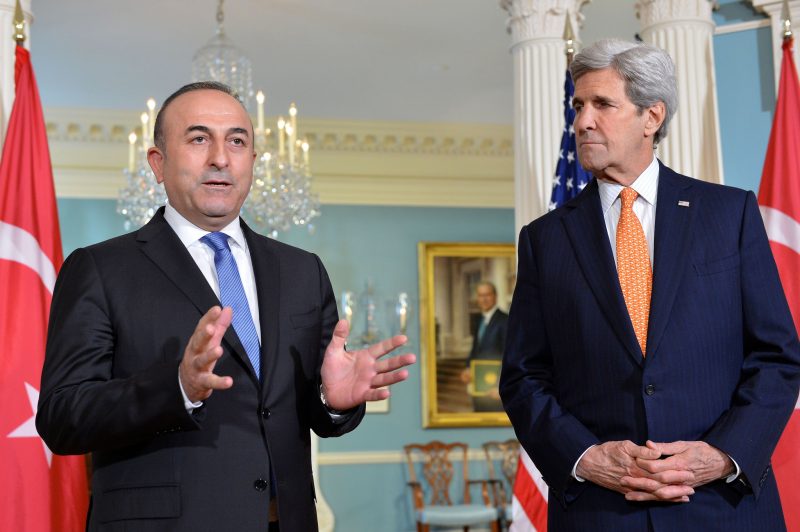 A bizarre diplomatic standoff that has escalated into threats of sanctions and other measures has smashed Turkey's relationship with Nato ally the Netherlands and buoyed nationalist rhetoric in both countries.

The escapade saw Turkey's Foreign Minister Mevlut Cavusoglu blocked from landing in the Netherlands on March 11 and the Turkish family affairs minister Fatma Betul Sayan Kaya escorted to the German border by Dutch authorities the following day  as the pair tried to attend a rally outside Turkey's own consulate in the Dutch city of Rotterdam.

Cavusoglu and Kaya had both intended to address Turkish citizens on the theme of the country's upcoming referendum outside the consulate in the city of over half a million people. Rotterdam, famed as a city of immigrants, has a Muslim mayor, while roughly eight percent of the population is of Turkish origin.

Dramatically, Dutch authorities barred both ministers from making their unscheduled visits, and then dispersed an increasingly restless crowd with water cannon and police dogs. The crowd threw glass and rocks at the police according to eyewitnesses.

The rights and wrongs of the Turkish government sponsoring a rally connected to its own domestic politics in a foreign country, and the Dutch government's heavy-handed response to the situation have dominated the Twitter conversation. So, to, predictably, has the figure of Turkey's controversial President Recep Tayiip Erdogan, who blasted the Netherlands government as “Nazi remnants”and threatened sanctions.

Erdogan, arguably Turkey's most powerful politician since the country's modern founder Kemal Attaturk died in office in 1938, is set to be the main beneficiary of the constitutional fix at stake in next month's referendum.

While it is likely the changes empowering his office will pass, every vote counts, including those of Turks living and working in Europe, which explains why members of his government have made a largely unsuccessful attempt to visit cities with major Turkish populations on the continent and whip up support. In addition to the Netherlands, Austria and Switzerland have also cancelled rallies in favour of a Yes vote, citing their desire not to allow their countries to become staging posts for a foreign government's political campaigns.

But the nature of the Dutch response to the latest rally attempt plays into the increasingly nationalist Erdogan's hands, as tweets by his supporters and a glance at the front pages of pro-establishment newspapers demonstrate.

This is what's called “ramming home the message”. #Turkish press following editorial orders as crisis with #Netherlands and others deepens pic.twitter.com/vNlxXx0yp8

I would like to offer the Dutch government my heartfelt thanks for doing so much for the “Yes” referendum campaign. #TulipCrisis

It also seems a perfect gift for the right wing opposition Dutch politician Geert Wilders ahead of a general election whose results will be known on March 16. Some speculated that the government reacted to the rally in the way that it did in order to pander to the nationalist sentiment that has propelled Wilders to the verge of a shock victory.

Go away and never come back @drbetulsayan and take all your Turkish fans from The Netherlands with you please. #byebye https://t.co/FLKFNX2XGm

Most of all, however, it is a frightening time to be a Muslim minority in Europe as migrant populations become an object of struggle in tensions between Ankara and the West.

#tulipcrisis is a never ending series of ?'s but with real human consequences in a fragile time for minorities in EU…