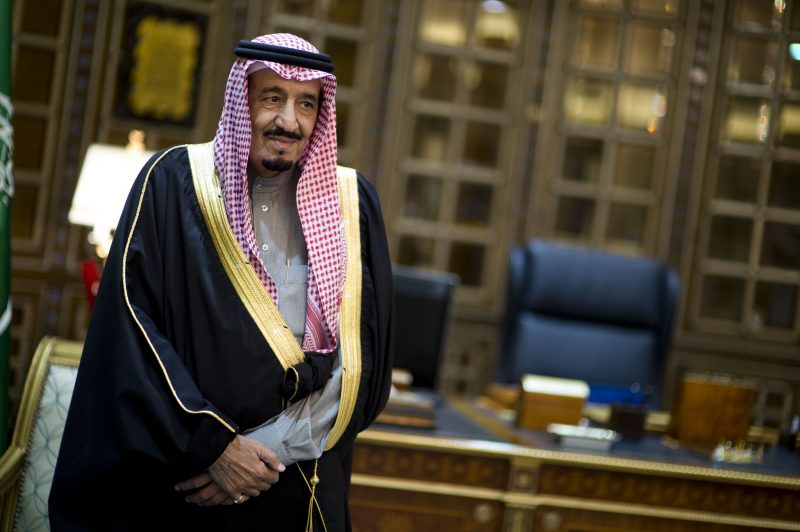 After a 47-year lapse, a Saudi King has visited Indonesia again. The visit was welcomed by many in Indonesia which is the world's most populous Muslim-majority nation, but others expressed dismay the government didn't raise the plight of Indonesian migrants suffering abuses in Saudi Arabia.

King Salman bin Abdulaziz Al Saud arrived in Indonesia on March 1 as part of his month-long Asian tour which also includes Malaysia, Brunei Darussalam, China, Japan, and the Maldives. The king was accompanied by 1,500 delegates, including 25 princes and 10 ministers.

The last visit by a Saudi ruler to Indonesia was made during the reign of Faisal bin Abdulaziz Al Saud.

King Salman was welcomed by Indonesian President Joko Widodo (Jokowi) as the guardian of the two Islamic holy cities of Mecca and Medina.

Indonesia is proud to welcome the arrival of the guardian of the Holy Cities of Mecca and Madina, His Highness King Salman bin Abdulaziz al-Saud, in Indonesia.

Jokowi also featured the Saudi king in his video blog. He emphasized that the historic visit of the king would lead to closer relations between Indonesia and Saudi Arabia.

During the visit of the Saudi king, 11 agreements on cultural collaboration, trade and investment, science, crime fighting, and Islamic affairs were signed by Indonesia and Saudi Arabia.

Labor groups questioned why the Indonesian government failed to raise the issue of protecting Indonesian workers in Saudi Arabia, however.

Indonesia stopped sending workers to Saudi Arabia in 2011 because of the abuses suffered by migrants at the hands of their employers. But despite the ban, Indonesians continued to enter the kingdom to work as domestic helpers illegally, making them even more vulnerable to various forms of abuse.

According to the Indonesian Ministry of Foreign Affairs, there are more than 630,000 Indonesians working in the Middle East, including in Saudi Arabia. But that number would be higher with the inclusion of undocumented workers and victims of illegal trafficking.

A peaceful protest in front of the Saudi embassy was organized by activists during the visit of the Saudi king. They demanded better human rights protection for Indonesian workers in Saudi Arabia where domestic workers are still considered by some abusive employers as kaffallah (property).

In response, the Indonesian government claimed that during a dialogue between Jokowi and the king, the issue of Indonesian migrant workers was discussed. King Salman reportedly assured Jokowi that he will treat the Indonesian workers as his own people.

Saudi Arabia and Indonesia must follow up Salman and Jokowi's talk with technicalities on migrant workers protection https://t.co/RugOOvFNWt

Rising extremism in Indonesia was also discussed by netizens during the visit of the Saudi king. Indonesia is generally known for its inter-religious tolerance, although Muslim hardliners have become more active in recent years through their vocal opposition to the current government, which they accuse of being weak in defending Islam. They have also issued calls to establish an Islamic caliphate in the region.

During his speech in front of Indonesian senators and legislators, King Salman encouraged closer collaboration to combat terrorism and extremism.

Therefore, it's important to address radicalism and extremism, as mentioned by the king.

The king and his entourage also held a meeting with Indonesia's religious leaders.

Saudi learns pluralism from Indonesia. We learn wahabism from Saudi. We're even.

Despite the positive reception which greeted the Saudi king, some are still wary about the rise of Wahhabism in Indonesia.

But the strict interpretation of Wahhabism only gained momentum in the 1980s with the introduction of Saudi-funded language and cultural schools. Today, moderate Muslims in Indonesia are uniting to fight against the spread of extreme Wahhabi and Salafist interpretations of the religion.

Wahabi is not the face of Islam that we (Indonesians) want. With it, Islam seems incompatible with humanity and 21st century civilisation.