India's Cashless Villages: Not Really There Yet, But the Journey Has Begun 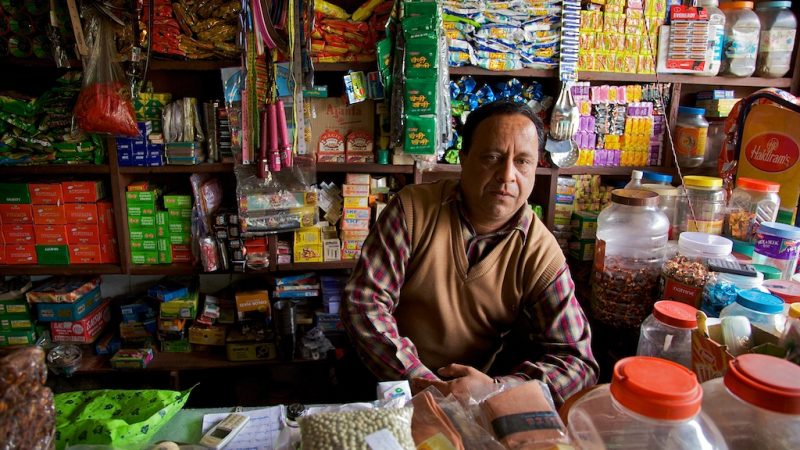 After the recent de-monetization in India, one of the largest cash-based economies of the world, people had great difficulties carrying out day-to-day transactions. Even now, as new “cashless villages” are trumpeted in the media, recent reports reveal a lack of adequate infrastructure and villagers who are struggling to make the transition.

On November 8, 2016, India took the bold step of withdrawing 500 (US $7.50) and 1,000 (US $15.00) Indian rupee banknotes, which represent 86% of the total currency, from circulation. The main mission of the Modi government was to stop the flow of illicit cash and crack down on counterfeit banknotes.

The process was not systematically implemented, which created chaos across the country, especially in villages where people are extremely cash reliant. People could not buy the things they wanted and needed, businesses could not receive payment for their goods, buy tradable goods, or pay their staff. Adequate supplies of new notes were not available to take the place of the demonetized currency, and people had to join long, serpentine queues outside banks to withdraw money for day-to-day needs (See Global Voices report).

The Indian government defended the de-monetization move and noted bluntly that the highly inconvenient currency shortages would themselves provide the impetus to drive India towards a cashless economy.

In the months since the demonetization, a number of villages have been declared newly cashless. In a number of cases, the transformation was driven by local NGOs with the help of banks and local authorities. Some 11 remote villages in India have been adopted by the United Bank of India (UBI) under a pilot project to transform them into cashless villages, for instance.

Dhasai village in Maharashtra is one of the few villages in India to go cashless. https://t.co/TuH0MkDZFX

Amid chaos over cash, J'khand's tribal dominated Nuagram is going to be the first ‘cashless’ village by December 2016.@htTweets pic.twitter.com/iBmBIx6jIb

Reportedly, the villages had point of sale (PoS) machines installed, more bank accounts with ATM cards created and mobile banking apps like PayTM and RUPay downloaded onto smart phones before being declared cashless.

Many banks are enabling SMS banking platforms and software for the village to enable users to do basic banking transactions in English and their local languages.

India’s dream of a cashless economy is slowly turning into a reality. The SBI Colony in Nerul & Shirki village goes #Cashless. pic.twitter.com/PFhRbP5nLH

Before the demonetization in India, 95% of all transactions were in cash, 90% of vendors didn’t have card readers and 85% of workers were paid in cash. Debit and credit cards are mostly restricted to the urban middle class.

In rural areas many do not have bank accounts, and online transactions are still distant dreams since people are not literate enough (most banking websites are in English). There are still not enough smartphones — only 17% of the population currently have access to one — and Internet connections are often slow and costly for the poor.

Rural merchants and consumers prefer cash transactions to avoid paying the service tax of around 14.5 percent on certain services. Many do not use mobile payments, although the trend is shifting quickly.

Monishankar Prasad, a New Delhi-based author and editor told Forbes that “no economy can go completely cashless” and that India's alternative systems require building up with more training for the population.

More than 500 JANDHAN account opening and a digital cashless training to the villagers organised by VESS India at Domri Village of Varanasi pic.twitter.com/fo1HiHhMsH

Although some of the news of the transformation seemed promising, soon there were reports refuting the claims that villages have become cashless. A Hindustan Times report called the trend of declaring cashless villages “a fad”. Investigative reports found that the claims are mostly on paper.

In many villages that were declared cashless, many swipe machines for cashless transactions did not work for lack of internet or electricity. Even those which worked could not be used as local people did not trust cashless transactions. These villages lacked ATM machines and villagers had to walk to their nearest town to withdraw money. Even the additional data plans proved expensive to some villagers.

Pune: In ‘cashless’ village, only 50 per cent have ATM cards: About 25 kms from the main city of Pune, in Khed https://t.co/knEQPuSnP9

The Modi government called this village “cashless” as an example of the new India. Reality is quite different https://t.co/A8QZ7Ypck6

“The vision of #Digital & #Cashless India in ‘SMART’ Jhattipur village is still far from real.” https://t.co/1uTrp45lg0

People in Lanura village in Budgam, 25 kilometres from Srinagar, Kashmir were trained and the village was declared cashless on December 18. It turned out that the village, however, lacked adequate internet connections and smartphones.

Rafiqa Bano, a community correspondent at the award winning citizen media site Video Volunteers posted a video report in which locals in Lanura admitted they were stunned by the declaration.

The village lacks basic facilities, like electricity infrastructure, water, metallic road and other amenities of life, says a villager, Ghulam Mohammad. The villagers are poverty stricken and a very few people use smartphones and internet. Locals are aghast over the announcement and demand a probe into the matter.

The district administration Budgam under its [declaration] released on its official website maintains that the ‘feat’ was achieved through “rigorous efforts by CSC e-Governance Services India Limited and National Informatics Centre (NIC) under the objective of Digital Financial Inclusion.” In the few shops scattered across this village, people could be seen doing cash transactions. Apparently, NIC Budgam’s District Informatics Officer has been awarded for this ‘achievement’ recently in New Delhi.

Although many of the claims were not 100% true and the villagers still need to learn the basics, few would deny India has taken its first step towards a cashless economy. The government plans to provide free WiFi to 1050 villages in the next six months as part of its Digital Village initiative. Similar initiatives and a reasonable period of time are required before we can call such Indian villages truly cashless.

Video Volunteers, an award-winning international community media organization based in India, is a content-sharing partner of Global Voices.