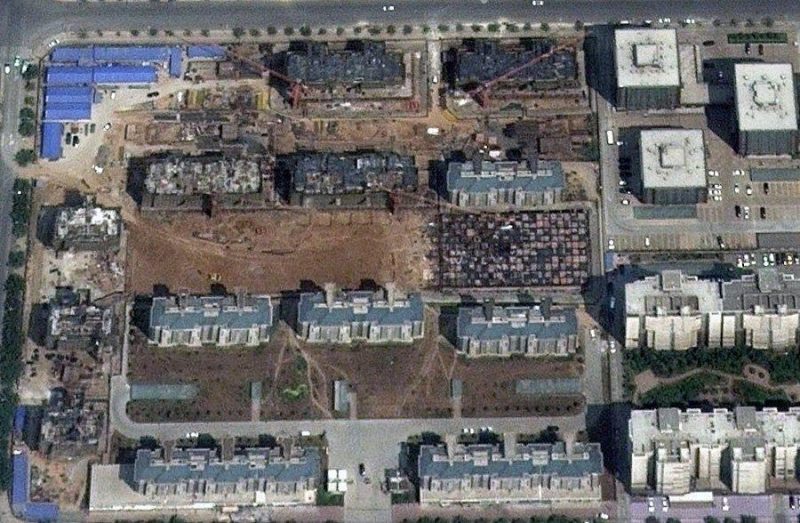 Wary of the fallout over an overheated property market, some Chinese officials and high-profile think tanks have suggested that the country implement a property tax to stabilize the volatile industry, a proposition that is sparking intense debates on Chinese social media.

Jian Kang, a delegate of the political advisory body Chinese People's Political Consultative Conference and a member of a government think tank on economic policy, has called for launching a property tax in a bid to quell a housing market full of rampant speculation, but he has also warned that the public shouldn’t expect the tax to sharply bring down housing prices, especially in the largest cities.

As well, a deputy minister of China’s Ministry of Housing and Urban-Rural Development said in an official news conference in late February that the government was accelerating the legislation for a property tax.

Currently, those buying property in China need to pay a number of taxes, including stamp duty, land value increment and income tax on the transaction. That means investors can hold a vast portfolio of properties and pay no annual tax on them after the initial purchase.

The Chinese government experimented with introducing a property tax in the cities of Shanghai and Chongqing in 2011. But the tax rate is less than 1 percent and the regulations were carefully written to affect only the very wealthiest with the most expansive property holdings. The tax has had negligible impact on the property market in both cities.

China’s government at all levels have long relied heavily on selling monopolized land for revenue. More than half of annual revenue in China’s largest cities such as Beijing, Shanghai and Guangzhou have stemmed from land sales.

Fang Jianxin, a newspaper columnist, argued that the current housing market bubble stems from the monopoly of land by the government:

Why are housing prices in Chongqing moderate? The increased supply of land will naturally suppress the price. This is a land management issue. Governments from other cities depend on land revenue for developing infrastructure and showing off their success. This is the root cause of the problem in land management. If land prices are high, housing prices will not drop. But if the governments reduce the price of land, their income will drop, and they don't have the motivation to do so.

Such a revenue model based on land sales also would explain why China’s local governments have been keen to grab land from country folk, only to later sell it to developers, over the past decades. It also would suggest why it’s so difficult for the Chinese government to roll out a property tax, a policy taken in many developed countries — it might cool the property market and reduce revenue from land sales.

‘Housing should be used to live in, not for speculation’

Heavy reliance on the housing market for economic growth in China has ushered in exploding housing prices in the largest cities and oversupply in third- and fourth-tier cities. Soaring home prices in big cities have also fermented complaints and unrest among residents, which could pose a potential threat to the Chinese Communist Party’s ruling.

China’s central government, however, does seem to be trying to get local governments to wean off selling land. Chinese President Xi Jinping declared during China’s central economic conference in late 2016 that “housing should be used to live in, not for speculation,” which many experts have expected might signal a tightening of regulations on the housing market.

Economic Information Daily, a newspaper under the Chinese state news agency Xinhua's umbrella, touted that imposing a property tax could guide capital to flow from the virtual economy to the real economy, promoting industrial development which has long been vexed by a lack of capital. Caijing, a well-known finance magazine in China summed up Economic Information Daily's front page news on Weibo, China's most popular social media platform:

However, some economists have cast doubt on the government’s determination to push up the introduction of a property tax, given the government’s heavy reliance on selling land and a lack of nationwide registration of home owners. To date, China’s lawmakers have not started legislative process for property tax.

Other economists argue that the root cause of soaring home prices in a couple of the largest cities lies in a serious imbalance in how national resources are distributed. Too many premium universities, hospitals, state-owned enterprises and other important resources controlled by the government are concentrated in Beijing or Shanghai, stimulating those property markets with their presence.

‘Too silly and naïve to count on a property tax’

For years, Chinese property owners and investors in large cities have enjoyed a free ride to wealth driven by rapid growth in home prices and a lack of property tax to cut the gains.

Ma Guangyuan, a well-known economist, said on Weibo that he was pessimistic about a property tax’s effect on lowering housing prices, pointing to the government's land monopoly and the oversupply of money as the underlying reasons:

As a matter of fact in many countries, property taxes can’t curb housing prices. People prefer to buy property only if housing surges overtake holding costs. It’s too silly and naïve to count on a property tax to contain rising prices!

The economist’s view attracted criticism that many speculative buyers could hold dozens of homes without any cost, which fuels speculation and is unfair to common buyers. Weibo user “Autumn Leaves” said in the comment thread:

Why could those who own dozens or hundreds of homes never worry about holding costs? It’s surprising that so many people oppose a property tax. Does everyone think speculative buying is reasonable? Housing prices will continue rising if everyone tends to participate in the speculation.

Housing speculation in Manhattan would be rampant by Chinese without a property tax! It could become Chinatown!