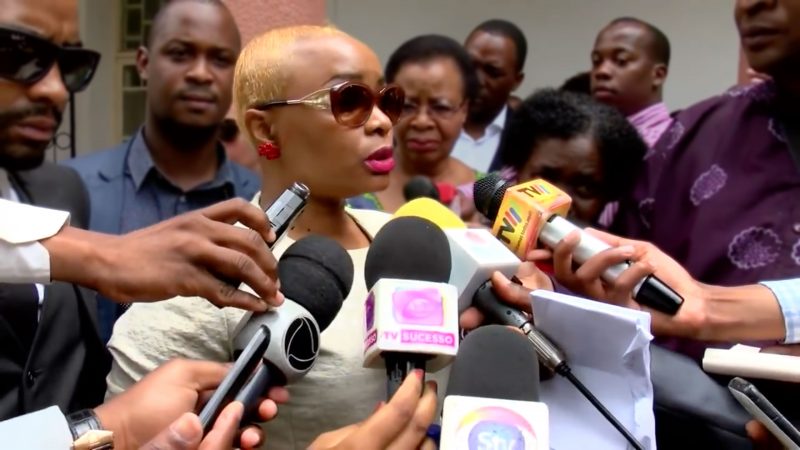 A case of domestic violence is causing some debate in Mozambique, where in late February a businessman named Rafael Licuco was sentenced to three years and four months in prison for hitting his girlfriend Josina Machel, the daughter of former Mozambican President Samora Machel. As a result of the attack, she lost vision in one eye. Controversially, the sentence was later commuted to a compensation payment of 200 million meticais, or around 3 million USD.

Some said the fine is too high, while others are indignant that the attacker isn't going to prison. Critics who think 200 million meticais is an unreasonably high penalty have argued that the case was rushed unfairly, and perhaps influenced by the victim's high-placed family. Many highlighted that there are thousands of other similar cases in Mozambique which are forgotten, although others thought that the outcome could serve as an example to possible future attackers.

In late 2015, Josina Machel (who is also the daughter of activist Graça Machel and stepdaughter of Nelson Mandela) publicly described the attack she suffered in Maputo on Oct. 16, 2015, saying her boyfriend of two years attacked her in a parked car during an argument, striking her twice in the face. Josina ran from the car, staggering from her injuries, and later passed out. She says she woke up in a hospital, where doctors told her that she'd never see again in one of her eyes.

Despite a law passed in 2009 to raise prison sentences for domestic violence convictions to 12 years, Mozambique has struggled to lower its crime rate in this area. Last year, there were 25,000 cases of domestic violence across the country, according to public officials. The Health Ministry has already declared domestic violence to be a matter of public health.

Another significant case occurred last December, when Valentina Guebuza, another daughter of a former Mozambican president, was shot and killed by her own husband, Zófimo Muiuane, who is now behind bars awaiting judgement.

But why all that money? Could it be that when the Mozambican courts judge someone they check their name first? If it was up to me, he would stay in jail for those 3 years, and for good behaviour he would only stay one year, rather than enriching that one… Sometimes Mozambican justice is not worth anything

Tomás Machava questioned the usefulness of the court's fine, given the thousands of Mozambicans abused every day:

In Mozambique EVERYONE is equal before the law, however, the law is not equal for EVERYONE..How many are dead while their families are not paid even half of that fortune!!! Now I ask where is the social equality????

In Deutsche Welle‘s Portuguese edition, the president of the Order of Lawyers of Mozambique, Flávio Menete, explained that the court determined the size of the compensation payment by “taking into account the attacker's degree of culpability, his economic situation, the injured party's economic situation, and also the circumstances of the attack.”

In the same article, Maria Paula Vera Cruz, president of the Women’s Forum, an organization advocating women’s rights in Mozambique, said that the large size of the penalty risks “distraction,” focusing the public's attention on the money, and not the case or the larger national problems it represents.

On Facebook, Dioclésio Ricardo, though, said that all those thinking of the money reveal how Mozambican society suffers from a serious social problem:

They’re not hiding anymore! Intolerance, violence, and immorality are, more and more, prevalent in our society. There is no modesty. They show themselves in plain daylight. They wish them death, crucify the victim, humiliate them and invade their private lives. It happens all the time!

Compatriots, our judicial system is one of those that does not rely on precedent. If some people obtained X amount of compensation because a boy died, it does not justify that the eye of a (presumed) victim of domestic violence is valued less in terms of compensation. The judge is not obliged to set the same or less. They can set more and more!

We need a moral evaluation of society. We are too immoral. Meanwhile, we create a morality in the immorality. We no longer respect the pain of the other. We compare everything and even the incomparable.

Mauro Paulo, on the other hand, celebrated the case's outcome, calling it a victory against domestic violence:

Congratulations to the VICTIM of domestic violence who managed to punish her attacker well. Hopefully others will also be more inclined to denounce their attackers. If the courts do not work for you, blame the lawyers, prosecutors and jurists, who I do not know the reason they exist in this country or who they serve, and the common citizen who is corrupt and develops a spirit of corruption in their daily routine and at all levels.

Josina Machel has already promised to use any court-ordered compensation to help other abused women, and she's established the “Kuhluka” (“Stand Up”) Association to spearhead this initiative.