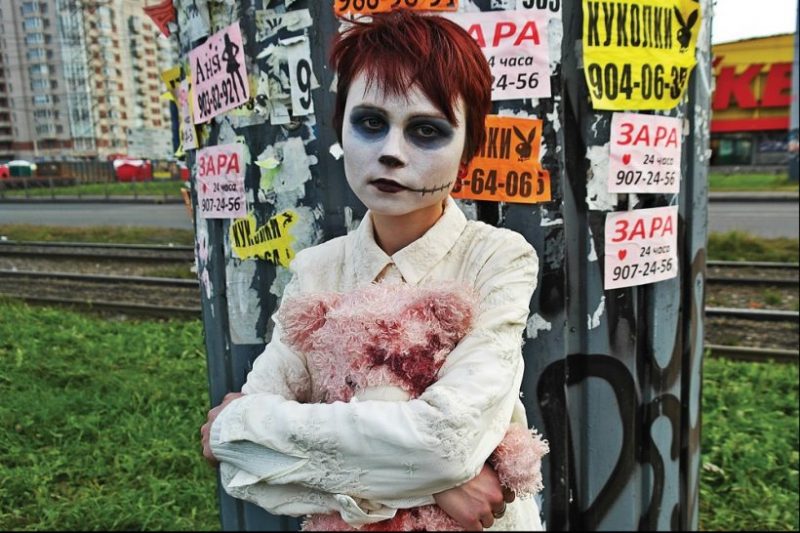 On Tuesday, a day before millions of Russian men will rain down flowers on the ladies in their lives for International Women’s Day, activists in the Russian Socialist Movement broke with the tradition of bouquets and instead plastered the St. Petersburg subway with faux advertisements highlighting women’s issues like domestic abuse, unequal pay, and sexual harassment. The banners double as announcements for an unsanctioned protest the group is planning on Malaya Sadovaya Street at 3 p.m. on March 8.

According to the movement’s website, more than 10,000 women die every year in Russia because of domestic violence. The group doesn’t cite this claim, but it’s likely credible. In 2003, Amnesty International thought the number of Russian women killed by domestic violence was even higher.

One of their “advertisements” displayed in the St. Petersburg subway featured a woman hiding behind a bouquet of roses. In the image, she has a black eye and the caption reads, “Flowers are done to death!” In Russian, the phrase plays on the word izbito, which means both “overdone” and, literally, “beaten up.” 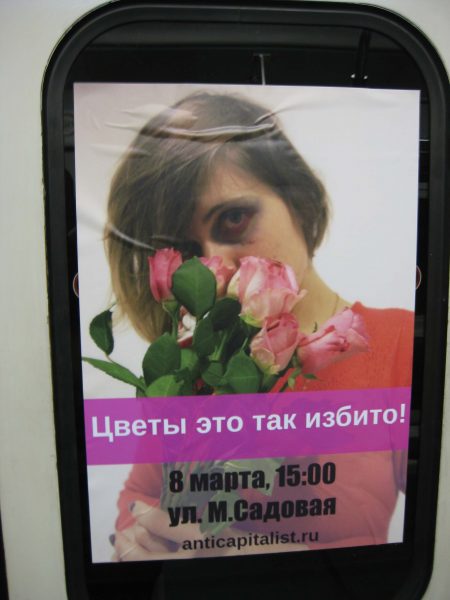 The socialists’ posters also took aim at discrimination in the workplace, where Russian women earn roughly 30 percent less than men, and women remain legally barred from more than 450 professions — including, for example, subway engine driver. In this spirit, another poster showed a woman measuring her waist, along with the slogan “Loose some weight! Be tiny like your salary.” 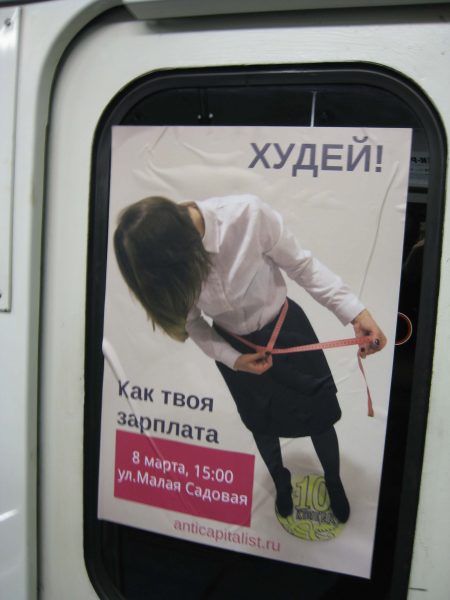 Another poster addressed sexual commodification, showing a woman with prostitution street advertisements taped to her face, and the caption, “Be beautiful! They appreciate you.” 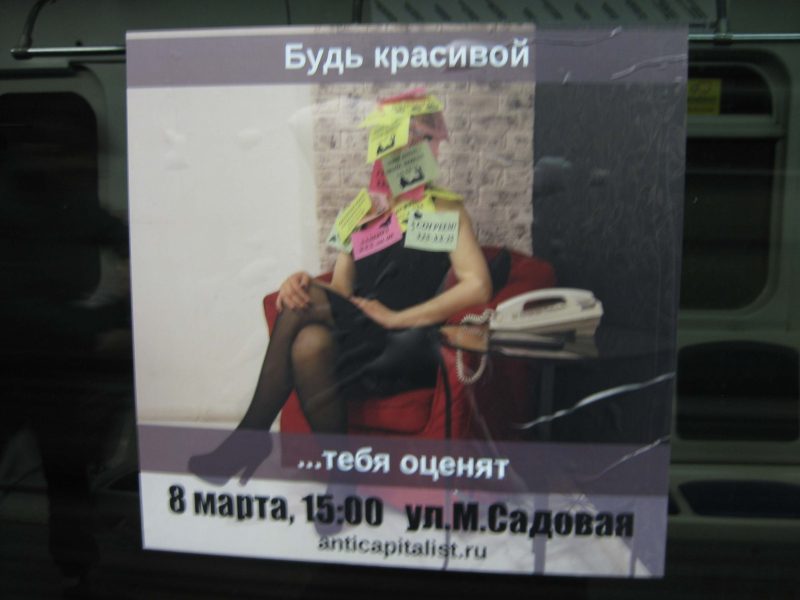 According to the activists, this image was partly inspired by a scandal at the airline Aeroflot, where several employees recently accused the company of discriminating against older, larger stewardesses on international flights — charges Aeroflot has denied unconditionally.

If St. Petersburg’s socialists won any converts with their subway stunt, they’ll need them immediately in the battle for women’s rights and respect in Russia.

Just as these progressives were unveiling their subway ads on Tuesday, a local company that manufactures plastic ties ran a commercial on its website featuring a woman in a bikini, tied up, turning blue, and unable to free herself. The advertisement’s URL includes the words “Clara Zetkin burn in hell,” presumably referring to the German Marxist who helped launch International Women’s Day more than a century ago.