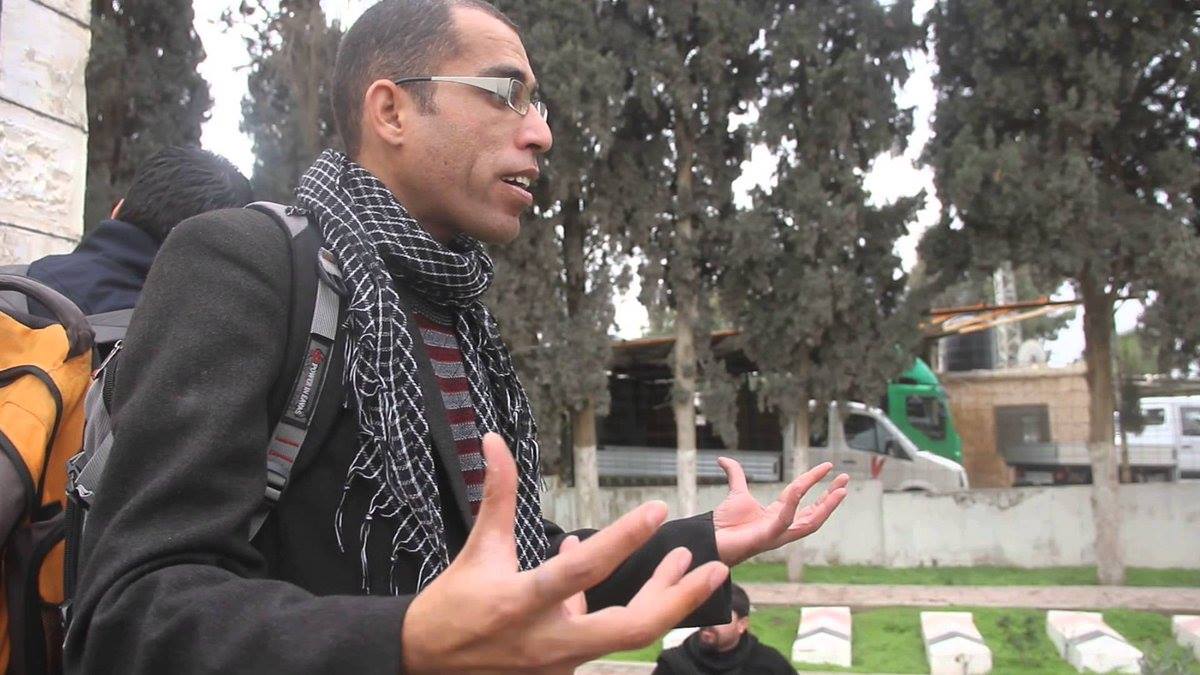 Palestinian media outlets and activists are reporting that a young Palestinian political activist and intellectual was ‘executed‘ by Israeli forces in the early hours of Monday, March 6, 2017 at his hiding place in Ramallah, Occupied West Bank after a two-hour-long gun battle.

Bassel Al-Araj was on the run for almost seven months from Israeli authorities who accused him of “planning attacks against Israelis“. This was soon after he was released by the Palestinian Authority (PA), the semi-governmental body ruling the West Bank, who had detained him with two other Palestinian men, Haitham Siyaj and Mohammad Harb, without charge. According to a Ramallah-based prisoner and human rights group, Al-Araj, along with five other members of ‘al-Harak al-Shababi youth movement’ imprisoned with him, went on hunger strike to protest against the PA's participation in Israel's illegal administrative detention, maltreatment and torture of Palestinians. The Israeli government labeled their group a ‘terrorist organization‘.

Al-Araj, Siyaj, and Harb were detained by the Palestinian Security Forces on April 10 in Ramallah after their families reported them missing for ten days. After their release, Siyaj and Harb were arrested by Israeli authorities and Al-Araj went on the run.

The PA, which regularly comes under heavy criticism from Palestinians for doing the ‘dirty work’ of Israel and detaining Palestinian activists resisting the Israeli occupation under ‘security coordination’ agreements with Israel, is now widely being accused of complicity in what would happen to Al-Araj. Indeed, as Al Jazeera reported, “shortly after the men were arrested, Mahmoud Abbas, president of the PA, spoke proudly of his government's coordination with Israel in arresting the young men.”

A native of the West Bank village of Al-Walajeh in the District of Bethlehem, al-Araj was a political activist, an intellectual, and a researcher who wrote about the history of Palestinian revolution and resistance. Images of books drenched in blood on the floor where he was reportedly killed were shared among Palestinians on social media, praising him as an ‘intellectual-activist’. 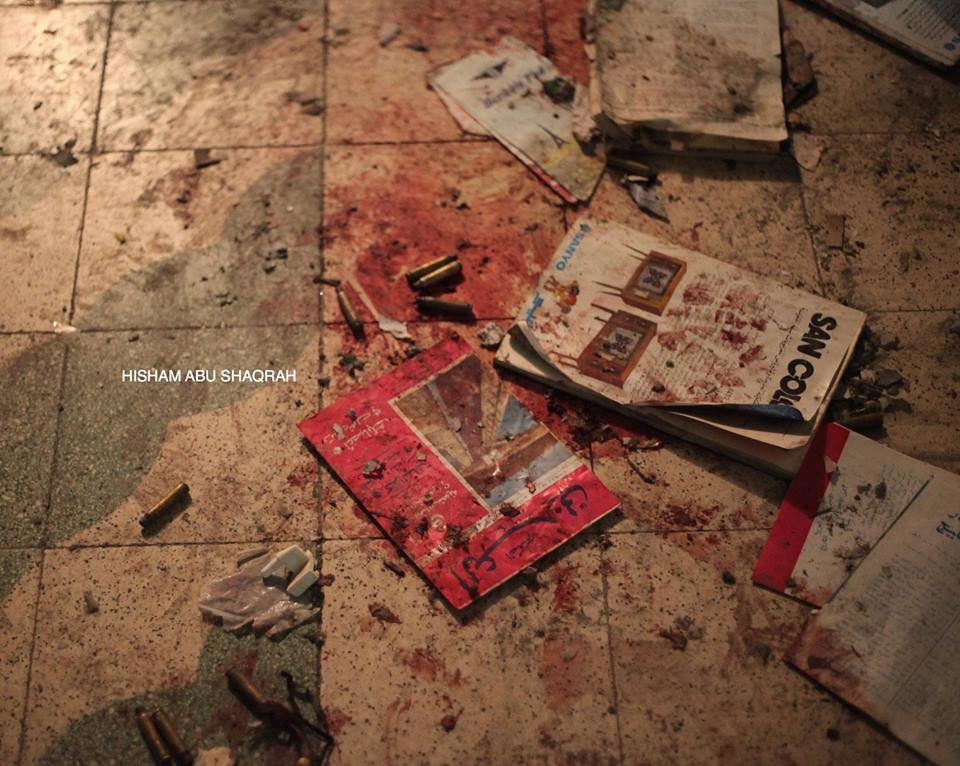 Al-Araj left behind a chilling final letter in his house:

Greetings of Arab nationalism, homeland, and liberation,
If you are reading this, it means I have died and my soul has ascended to its creator. I pray to God that I will meet him with a guiltless heart, willingly, and never reluctantly, and free of any whit of hypocrisy.
How hard it is to write your own will. For years I have been contemplating testaments written by martyrs, and those wills have always bewildered me. They were short, quick, without much eloquence. They did not quench our thirst to find answers about martyrdom,” he wrote.
Now I am walking to my fated death satisfied that I found my answers. How stupid I am! Is there anything which is more eloquent and clearer than a martyr's deed? I should have written this several months ago, but what kept me was that this question is for you, living people, and why should I answer on your behalf? Look for the answers yourself, and for us the inhabitants of the graves, all we seek is God's mercy.

Hundreds of Palestinians took to the streets of Ramallah to mourn al-Araj's death and protest the Palestinian Authority's security coordination with Israel, political arrests and prosecutions of Palestinian activists.

The Popular Front for the Liberation of Palestine (PFLP) issued a statement mourning the death of “one of the most prominent young Palestinian strugglers… He was a revolutionary intellectual who put all of his cultural and intellectual energies in the service of the resistance together with his own actions on the ground, confronting security coordination and collaboration.”

The PFLP condemned the security coordination with Israel and called for putting an end to the 1993 Oslo Accords, the set of agreements between the government of Israel and the Palestine Liberation Organization (PLO), largely represented by the PA, that is widely perceived as having failed Palestinians, and which al-Araj himself was against.

But the PFLP wasn't the only one calling for an end of security coordination between the PA and the Israeli government. Father Manuel Mussallam, a Catholic priest from Gaza, said in a video that went viral:

Today, we speak of the death of such a hero and martyr. This man fell as a martyr as he was fighting the Israeli occupation. Where were his people? Why wasn't his people with him? Why are his people absent? Who was those that were supposed to protect him? Who was supposed to hide him? We now are afraid of Hamas over the PA, and the PA over Hamas, and both the PA and Hamas over our people. And this is something that must be rejected completely. But that is the situation in which we find ourselves in today. It's shameful. It's repulsive. This situation, shame on the Palestinian people who is living it. Oh brothers from the Palestinian authority, we love you because you are our people. But we reject the ‘security cooperation’ (with Israel) completely. We are one entity, one body under the occupation. We reject all forms of ‘intelligence’ cooperation with the Israelis. I am making this urgent call for civil disobedience until the fall of the authorities and Israel and the occupation. The people must take the decision to launch a revolution. The people are the strength, for we do not stay strong we will disappear.

Palestinian cartoonist ‘Sabaaneh’ portrayed the PA as traitors that gave up al-Araj to the Israeli occupation: