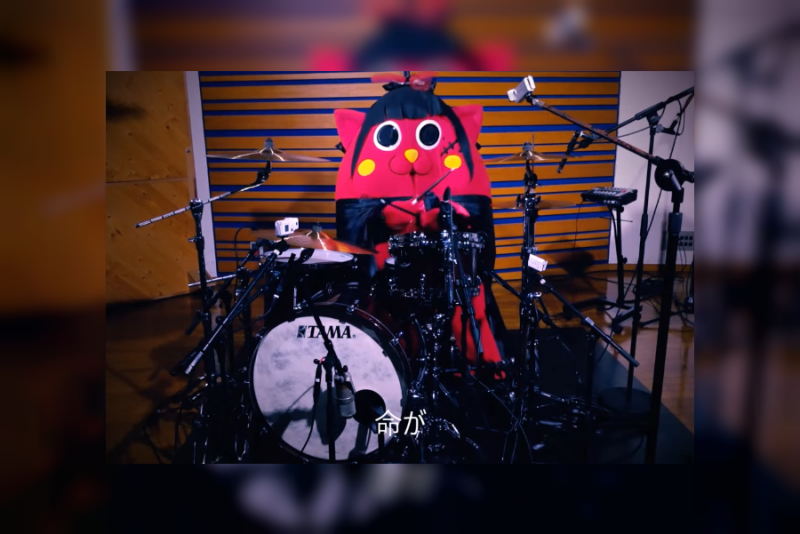 A tweet featuring a Japanese apple-shaped plush mascot banging on the drums has gone viral at the start of March.

So far, the video of cult superstar Nyango Star playing the drums to the “Anpan March,” the theme from a popular children's television show, has been retweeted 91,000 times and has received 113,000 likes.

He doesn't just rock out to tunes like ‘Crimson’ (Kurenai, 紅) by X Japan, here's Nyango Star playing for the Anpan March for kids!

Here's the second song he did. Take a look. The drumming just gets more and more intense.

Nyango Star is a ‘yuru-chara’ mascot from Kuroishi, in the middle of Aomori Prefecture, in northeastern Japan. The term ‘yura-chara’ is a combination and abbreviation of the Japanese words for “light-hearted and gentle” and “character”, or mascot. All regions of Japan boast one or more such mascots.

Please know that Nyango star is a yuru-chara mascot from Japan representing Aomori prefecture that's part of the Tohoku-region which was devastated by the earthquake and subsequent tsunami in March 11th, 2011. So, anytime Nyango star makes public appearances it is to promote the region and help it recover from the tragedy. It isn't drumming for its personal gain but for its beloved home.

Nyango Star gets its shape from the apples that have made Aomori famous in Japan. Apparently, the mascot is also part cat. Combine the sound a cat makes in Japanese (nyan) with the Japanese world for ‘apple’ (ringo), and you get the name Nyango. The Aomori mascot gets the rest of its name from famed Beatles drummer Ringo Starr.

In this video, Nyango Star plays the drums in time with the “insanely difficult” song “Crimson” (Kurenai, 紅) by popular rock band X Japan at a university student culture in Aomori Prefecture.