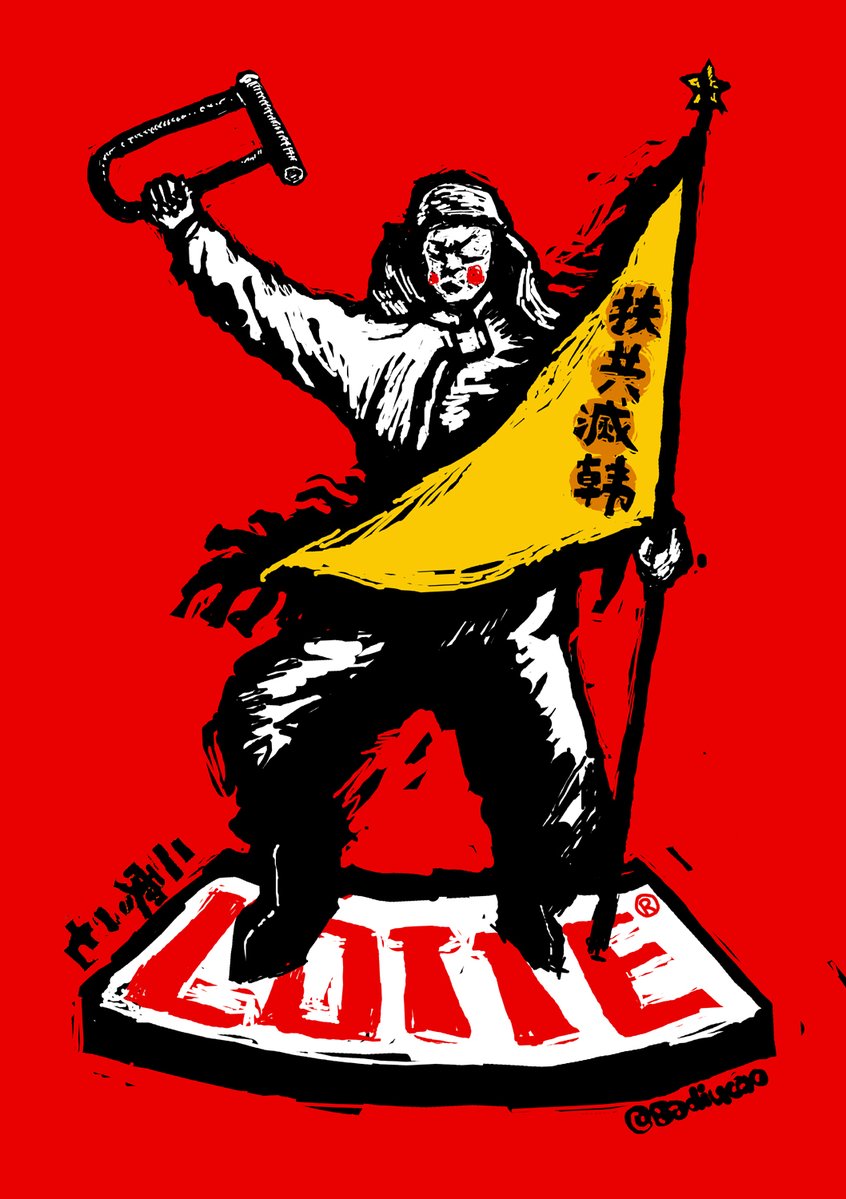 The conflict between China and South Korea over the United States Army's anti-ballistic missile system has escalated in the past week with widespread boycotts of Korean retailer Lotte.

Lotte announced in November that it had agreed to give up a golf course it owns in South Korea for the storage of a Terminal High Altitude Area Defense (THAAD) battery. The anti-ballistic missile system is purportedly meant to deter attacks from North Korea, but Chinese officials fear it could one day be turned on them.

State news agency Xinhua News was the first Chinese media outlet to start calling out Lotte for assisting in the deployment of THAAD, and has continued to publish criticism since mid-February. Its commentary on February 27, for example, read:

The deployment of THAAD is stabbing a dagger in China’s back, Lotte’s irresponsible decision is like assisting a bloodthirsty Tiger [which is threatening to human security]. China will not welcome Lotte.

Echoing Xinhua, China nationalist tabloid Global Times called for a boycott in its Chinese editorial commentary, titled “Slam Lotte and Punish South Korea, China Has No Other Option.” The English version of Global Times reported on netizens’ reaction and highlighted angry comments directed at Lotte, including the followings:

China did not welcome you, please get the hell out of here and go back home

It's a very simple logic…Lotte is making lucrative profit from Chinese consumers yet they are standing against us and supporting the South Korean government. In other words, the group is actually using our money to put us in danger. How can Chinese tolerate that?

The boycott is not confined to the web. Small-scale protests have sprouted across China. Reportedly, a number of Korean brand vehicles were crushed in Shangdong province. And below is video showing a boycott demonstration outside a Lotte retail store in Jilin.

While Chinese social media outlets are flooded with nationalistic comments, beyond the Great Firewall Wu Zuolai, a famous blogger, argued on Twitter that the boycott is meant to cover up China's diplomatic failure to keep North Korea — which launched four ballistic missiles into the Sea of Japan just on Monday, March 6 — under control:

With the government's failure in diplomacy, it incites people to protest. The intention is similar to the Boxer Rebellion during the Qing Dynasty. Now there is a centralized authority which hand outs internal notices to all government and party branches, asking members of the youth league to participate in anti-Korea and anti-Lotte protests. Lotte is a Korean corporation and it has to serve the country's interest. You can't change its nature. The protest will only do harm to Lotte's Chinese partner.

A Radio France Internationale writer collected some of the critical comments found on Chinese social media:

Suddenly a logical question pops up. We have boycotted Lotte because the American THAAD system deployed in South Korea has threatened China's national security and this makes us want to crush Korean brand vehicles. The question is, the source of the threat should be the US, so why don't we boycott Apple phones?

This is a very strange social phenomenon. People seem to care about politics, while at the same time be extremely indifferent to politics: they keep talking about national, state and government interests, security and honor, but do not think about their individual rights, freedom and dignity. They don't care about the injustice, the poor and the weak surrounding them. They dare not chase after thieves, help old people, but they keep saying they would eliminate Japan and fight the US…

Follow the call and boycott this and that. Follow the call and crush a few Korean vehicles. All these actions only make our enemy happy. The enemy hasn't launched the attack and we are attacking our own people. The vehicles you crushed belong to your people, right?

…we Koreans should tough it out and respond to Chinese provocations with a cool head _ finding ways to reduce Lotte's losses, reducing our reliance on China for exports and bringing unity to our political voice, until China sees reason.