‘There Is a Sense of Hopelessness Among Young People’ in Jamaica 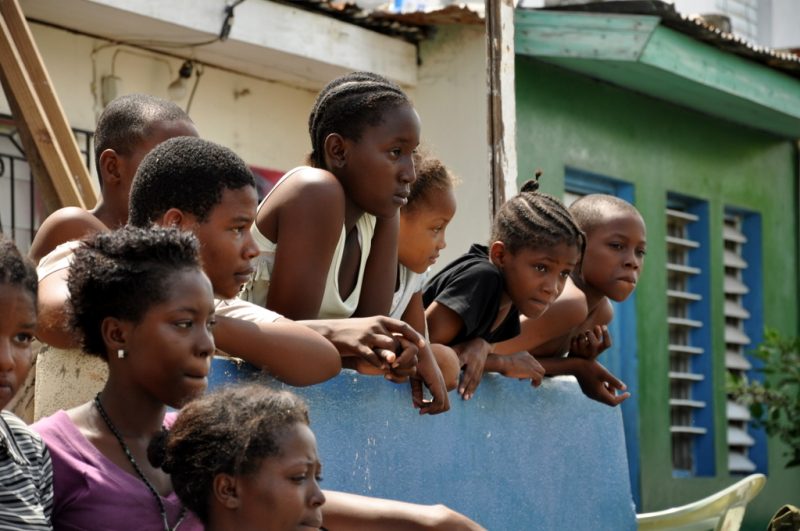 In the last quarter of 2016, an average of 100 people were dying every month in Jamaica as a result of violent crime. As the country's homicide rate continues to rise, the lives of young Jamaicans are coming into sharper focus. In October 2016, 14-year-old Nicholas Francis, on his way home from school, was stabbed to death on a public passenger bus by a man trying to steal his phone. In January 2017, the body of a 13-year-old was found in a pile of rubbish with gunshot wounds to the head; the following week, the body of 15-year-old Shineka Grey was found bearing multiple stab wounds.

Two men have since been charged with the murders of Francis and Grey, but there have been no arrests in connection with the murder of the 13-year-old boy. Further complicating the aggressive landscape that many Jamaican youth face is the high incidence of domestic violence, which accounts for 30% of violent deaths in Jamaica.

To get a sense of how young people are grappling with this new reality, Global Voices spoke with Marcia and CJ (surnames withheld), who regularly counsel youngsters from disenfranchised communities, and asked them to share their insights into how Jamaican youth are being affected by the news, and are experiencing life as a result. Marcia grew up in the Mona Commons community in Kingston; she still lives there and acts as a mentor for many of the youth in the community. CJ works in the district of Clarendon at a government youth center.

Global Voices (GV): Marcia, how do you feel young people in your community have been affected by the news of other young people being murdered?

Marcia (M): It is always a tragedy to lose our young people violently; to me [this has been going on] for a while. Because of social media and the way information can be shared now, it is highlighting the magnitude of a problem that has been affecting Jamaica for many years.

There is a sense of hopelessness among young people. I don’t know [the background of] the death of the young man…but at 13 years old that is another life lost that could have been better, had there been other measures, other programmes put in place.

Jamaican parents [of] this generation don’t put a lot of effort into monitoring their children. The children are open to too much…I remember when I was growing up, certain times you had to be home from school. We didn’t have any internet, so we weren’t used to meeting strangers and just doing whatever we wanted. It can be a case where the parents do not care; they are out partying or busy living their life. Or it might be another situation where the parent has to be working so hard that there is no one left at home to monitor these children, so there are a lot of factors. It is really crazy: all the deaths; all the young people going missing.

GV: CJ, how are the young people you work with responding to the news of the murder of young people in Jamaica? What in your view is the reality for youth in Clarendon?

CJ (CJ): Since Shanika Grey's death, when you try to [have] conversations [about the situation], it's like, ‘Yow, Miss…that is why mi a try listen to me mother and don’t take no strange taxi.’

In terms of […] the things I see that I would say put youth at risk, I have young persons who do not have any family support. Some of them have mother and father living at the house, but the most common thing I hear them saying is that they feel unsupported. They don’t really feel like they can talk to their parents about certain things — and when they try to talk, the parents don’t really understand. They try to push down their views on them. Sometimes, because they don’t have the support at home, young people go to friends, or sometimes they talk to adults where they feel like they're comfortable with you and they just talk anything around you.

I have to [establish] a lot of boundaries with some of the young people, because you don’t want them to get too attached to you for all the wrong reasons. They don’t feel like their dreams are being supported. I have young people who are bright and their parents say, ‘You decide to take up college […] you have to find a man to help you out with that’ — so sometimes they end up in a ‘situationship’ as I call it.

Either they sit down and ‘boops’ out man to get money or [they find themselves] in a relationship with somebody and get abused. Sometimes they have several different men, and sometimes the young people who have the support they feel like they are [being coddled] so they want to go out there and experience things — and they are the ones who run out to go and stay at a friend's house because they know that their parents will not agree with the things that they want to get up to. This makes them vulnerable as well.

GV: Marcia, what in your experience is young people's greatest challenge?

M: Look at the young man that was killed on the bus — the man that killed him came from my area — he is just another troubled youngster with no real hope. His mother didn’t have [money] to send him to school so he turned ‘a cruff’ on the streets. Because of a lack of opportunities, he turned to violence and weed.

Right now, I am losing most of my young people to the ‘hand middle’ [Jamaican slang for ‘palm’]. It's just the weed in the hand on the corner — and if you follow the trend, the weed in the ‘hand middle’ on the corner goes on to the guns. Another thing I hear them with is that ‘prison is just a place’ — that is the mentality [they] have based on what is happening among young people.

GV: How are they coping?

M: They don’t want to go anywhere; they don’t want to do anything — it's just fear. They are not really talking much. All [the girls] are taking precautions. I remember one of them came to me and said she needed US$600 to get a tazer gun so that she can defend herself. The others are literally scared and they are quiet, so they cling more to their parents. As it relates to the boys, they are in their own little world right now where it is just kill or be killed. That is how they are viewing it. I don’t see any changes in them as in, ‘No, I'm not going to do this or I'm not going to do that.’ The guys are in a revenge kind of mode and the girls are pretty scared.

Meanwhile, the Ministry of Education, Youth and Information has been sending grief counselors to schools to help both students and staff cope emotionally after violent or traumatic events involving members of their school community. Several state agencies have also been working to support children and young people in Jamaica. Quite apart from being a signatory to the United Nations Convention on the Rights of the Child, the country also adopted a National Youth Policy to help young people achieve their full potential by affording them opportunities to develop, participate and contribute to a peaceful prosperous and caring society.

The two most recent initiatives which have been launched in response to the threats which children in Jamaica face have come from the Ministry of Education, Youth and Information, which aims to “reinforce the collective responsibility towards every Jamaican child”, and the Office of the Children's Advocate, which began a public awareness campaign called “Aria's Story”. It's an online, animated mini-series that is being rolled out across various social media platforms, and highlights the various types of abuse that children experience in an effort to provide victims with information and support.

It will take time to see how these initiatives will improve the reality that Jamaican youth face. Even with the many support services and pieces of legislation designed to protect the country's young people, questions abound about their effectiveness and capacity create safe, nurturing environments for children.

In part two of this series, we will get ask young people themselves how they feel about what is happening around them — and how they think things can be different.