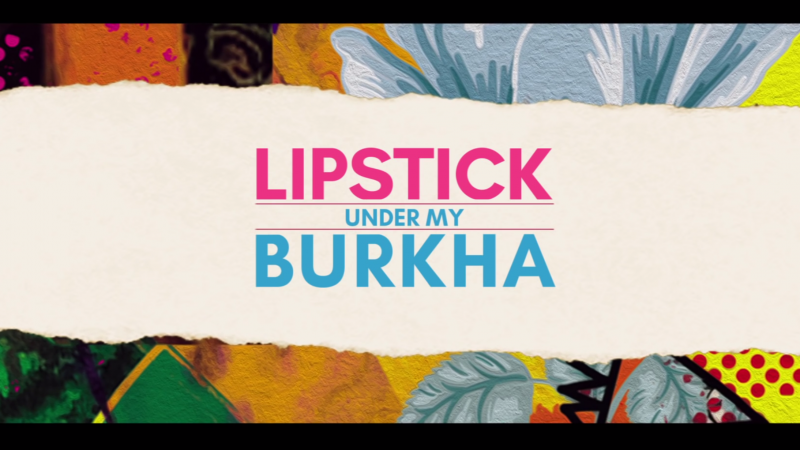 In India, films on sexuality and feminism continue to fall under the axe of the censor board. In recent times, two movies failed to get permission for screening, which created a lot of debate across the country.

Although the Constitution of India guarantees freedom of expression, it places certain restrictions on content, in order to protect communal and religious harmony and control obscenity. The regulatory film body of India is the Central Board of Film Certification (CBFC), which is usually harsh on film content, especially sex, nudity, violence or any other subjects that may be considered politically subversive.

India is one of the largest and oldest producers of films in the world. Around 1,600 films in various languages of India are produced annually in industries nicknamed as Bollywood, Tollywood etc. But the industries are fighting irrational censorship on some films which cross the moral boundary, according to the the CBFC. Often, the interpretation of the 1952 cinematography law is vague and the board can ask for multiple cuts and edits in certain films. They had requested, for instance, that the word “lesbian” be muted in the romantic comedy “Dum Laga Ke Haisha”, and asked the filmmakers behind “Udta Punjab”, a film about drug abuse, to make 94 cuts, including the removal of expletives, references to cities in Punjab and any shots of drugs being consumed. The Udta Punjab team challenged the decision in court and the film was finally released with just one cut when the court ruled in its favor.

Lipstick Under My Burkha

In January 2017, the Central Board of Film Certification denied a theatrical release to Alankrita Shrivastava’s film about female empowerment, “Lipstick Under My Burkha”. The story is about the secret lives of four women of different ages in small town India and their desire for independence — all while they explore their sexuality.

According to the letter from the board to the producer, national award-winning filmmaker Prakash Jha, “The story is lady oriented, their fantasy above life. There are contanious sexual scenes, abusive words, audio pornography and a bit sensitive touch about one particular section of society, hence film refused”.

Thank you for all your support for #LipstickUnderMyBurkha against this ridiculous regressiveness. We won't be silenced. #CensorTheCensors pic.twitter.com/sBSSbx5FRy

The film has already been screened abroad and did well in international festivals. In 2016, the film won the Spirit of Asia award at the Tokyo International Film Festival, and the Oxfam award for Best Film on Gender Equality at the Mumbai Film Festival. In 2017, it received the Glasgow Film Festival Audience Award.

On social media, some netizens expressed discontent that the movie did not get support from other Indian filmmakers regarding the ban:

Here is the list of Indian film makers who came out in support of the movie, "Lipstick Under My Burkha"
1.
2.
3.
4.

The movie Lipstick Under My Burkha explores sexual fantasies of women. Of course how can we release it knowing how women are potted shrubs.

Others found it too feminist:

The director, Alankrita Shrivastava, vowed to fight for release of the movie in India:

'I will not shut up. And I will continue to make “lady-oriented” films as long as I can.' #lipstickundermyburkha https://t.co/YH07SbxLtP

Here is a trailer of the movie:

Another film which was refused by the Central Board of Film Certification (CBFC) was the Malayalam film “Ka Bodyscapes”. On Facebook, filmmaker Jayan Cherian shared the letter he received from the CBFC on March 2, 2017: the film was refused certification for “glorifying the subject of gay and homosexual relationships”. Cherian can appeal before the Film Certification Appellate Tribunal in 30 days.

The movie is set in Kerala, India, and the story is about three friends — including a gay couple — who struggle to get their lives going in a community filled with misogyny and homophobia. The traditions and the taboos in their society hinder their search for freedom.

The Indian Penal Code‘s Section 377, which dates back to a British colonial law from 1860, criminalises all forms of “unnatural sex”, with a provision for punishment that could go up to life in prison. However, the Indian censor board has given the nod to several commercial movies like Dostana, Kya Kool Hai Hum and Masti, which have blatant sexual content, objectify women and make explicit references to homosexuality.

The feature film has already been screened at a number of international film festivals and has gained accolades. The filmmaker, Jayan, insists that:

According to the Cinematograph Act, a film can only be banned if it compromises on national security. What security is a romantic film on a gay couple compromising? This is plain cultural fascism by an authoritative state.

Certification Denial to #KAbodyscapes is another assault on freedom of Speech&Expression.CBFC must be abolished&CinematographicAct repealed

#FTII head supports #KaBodyscapes ban by #CBFC head. Govt must believe that art transforms society-why else would they put bigots in charge?

There were adverse reactions about the film too:

#IFFK2016 Naked Lord Hanuman with erect phallus in #Kabodyscapes is CREATIVE LIBERTY!
Reaction of Abrahamic religions if it was their God? pic.twitter.com/7H4JwWixS0

Recently, the board censored India's screening of “Moonlight”, the winner of three Academy Awards this year, including the Oscar for Best Picture. The censor muted some swear words, ordered removal of a sex scene and a same-sex kiss. This practice of censorship frustrates many Indian movie lovers:

Seriously, what do we have to do to make sure Lipstick Under My Burkha and Ka Bodyscapes get released?

People are protesting and debating the censorship issue, both online and offline. Meanwhile, as Indian society becomes more open, Bollywood filmmakers are becoming braver and bolder with the cinematic themes they choose to explore — so in the future, we may see fiercer battles with the censor board, unless the age-old laws and acts are revised and updated.