Lost Childhood (2016) by Venezuelan illustrator Leonardo González. It refers to youth besieged by gang violence in the urban areas of Venezuela. Image used with permission.

Leonadro González is a Venezuelan illustrator based in Berlin, Germany. His work is significant in the way it depicts the suffering of his own country, Venezuela, both from a foreign perspective and from his own point of view, seen from his new home in Europe.

Producer and writer César Elster has described his work as:

[…] a tropical-punk, realistic universe in which carefully written, beautifully drawn-yet-fucked-up characters constantly go through a wide range of gloomy emotions. 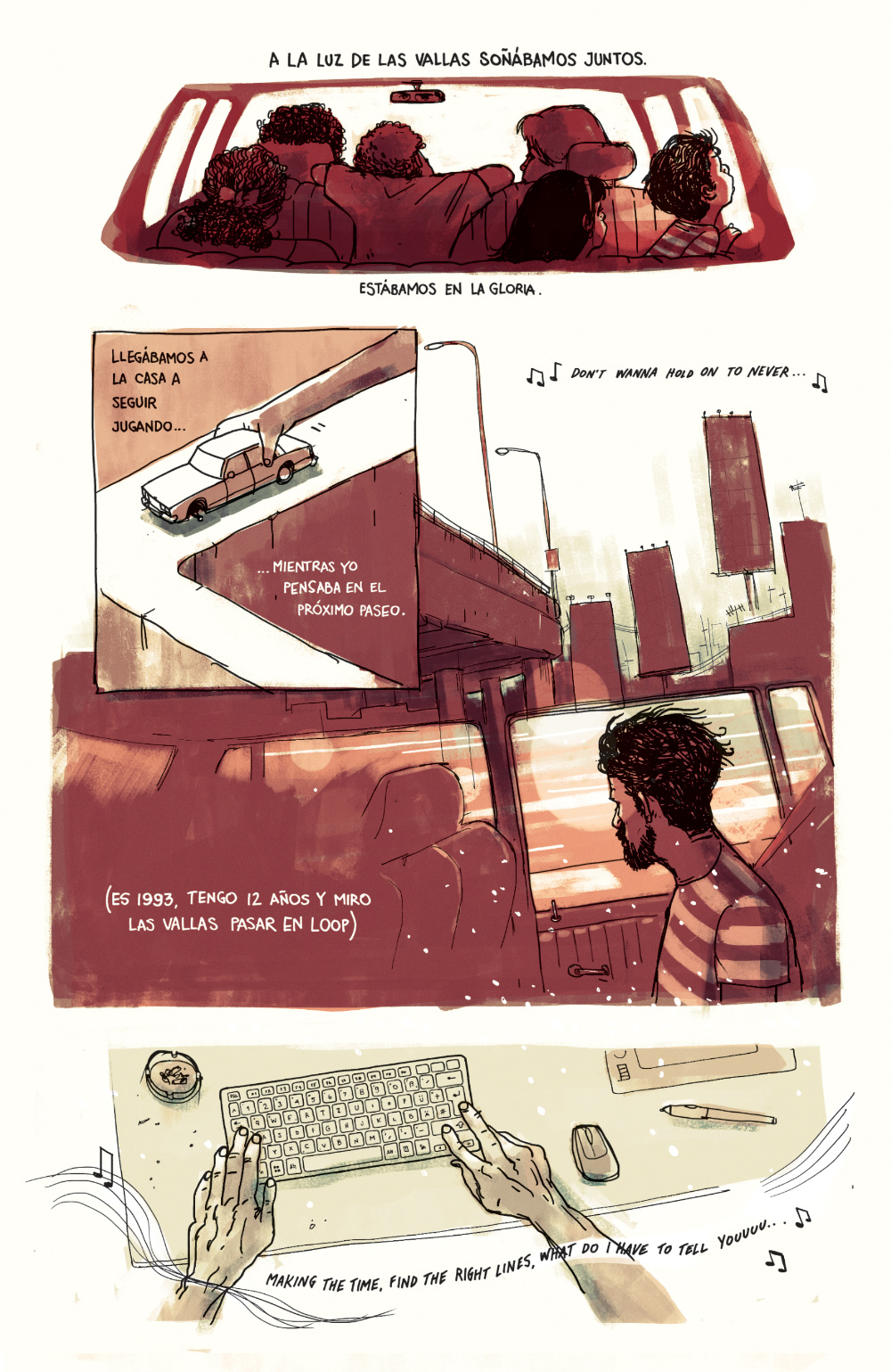 “We dreamed together in the light of the billboards. It was glorious. We arrived home to carry on playing…while I thought about our next drive. It's 1993, I'm 12, and I'm watching the billboards pass by on loop.” Illustration by Leonardo González, depicting the ‘Cota Mil’ road that crosses an important part of the city of Caracas.

For González, drawing characters inspired by reality is easier than explaining something using only words. Like many people that have left their countries, he lives in a half-way state between the land he has emigrated to and the past he has left behind; friends, families, the places he misses. When it comes to Venezuela, this sentimentality gives way to worry about the crisis the country is currently facing.

González's images are strong and challenging, inhabited by people that live with instability, nostalgia and a fragile happiness kept alive by paper and ink. González told Global Voices via email:

I'm drawing my country now because it affects me personally, and it pains me that my family and friends are weaker than they were before. Drawing is the least I can do to give them strength. Lots of people have found their voices represented in my drawings, and this motivates me to keep speaking for them. 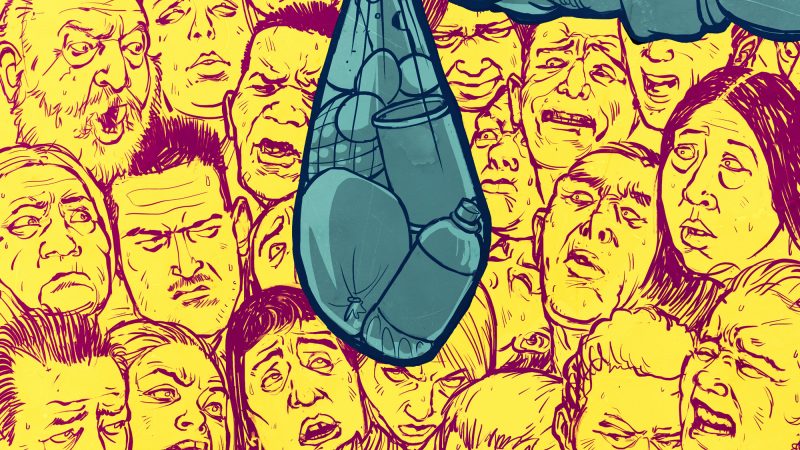 Illustration by Leonardo González evoking Venezuela's food crisis and the redistribution proposed by the state.

While each of González's drawings reflects a complex situation described by the artist in just one image, when we put them together as a series, we see the longer story they tell. This is demonstrated in Night Out (2015), which illustrates the impact that the attacks of 13 November 2015 in Paris have on two young people in Barcelona, Spain.

When González's characters talk, they speak in the same way in Spanish as in English, as if for him there were no differences between one language and the other. Taken together, his stories and illustrations about Venezuela and the countries of Europe offer a window into the world as seen through his eyes.