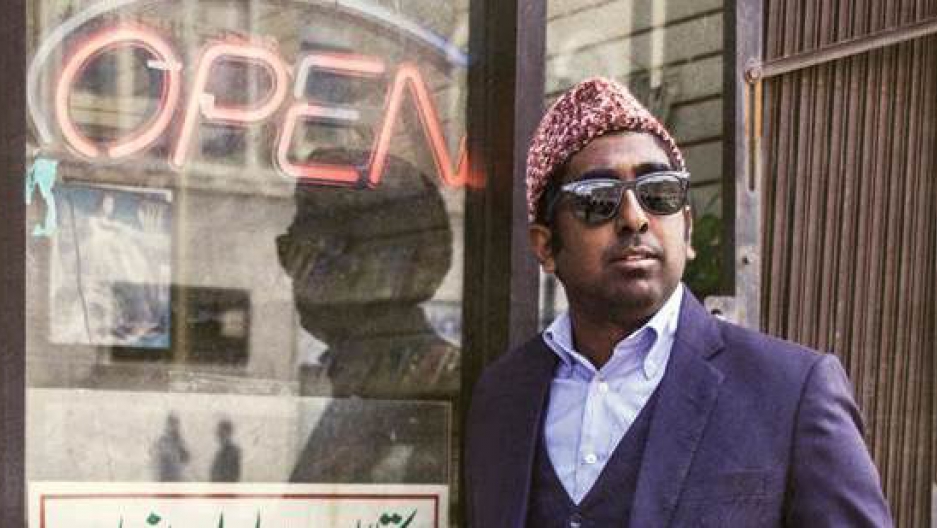 This story by Traci Tong originally appeared on PRI.org on February 13, 2017. It is republished here as part of a partnership between PRI and Global Voices.

Zeshan Bagewadi is always looking for a new song. Recently, he found a great one — except it wasn't exactly new. It was more than 45 years old, George Perkins‘ 1970 song “Cryin’ in the Streets.”

It was written as a reaction to the assassination of civil rights leader Martin Luther King Jr. two years earlier.

But Bagewadi was convinced “Cryin’ in the Streets” was a song for today's civil rights struggles, too. So he repurposed it.

“Cryin’ in the Streets” also resonated with Bagewadi's own experiences growing up as a Muslim, an Indian American and a Chicago native. He grew up listening to his father's extensive collection of blues, soul and gospel: “Otis Redding, Sam Cooke, Curtis Mayfield, James Brown … that was sort of the soundtrack of my childhood.”

His father was a freelance journalist, living in India, and from there followed the civil rights movement in America. “He wrote editorials on black expression in literature,” says Bagewadi. “My father was always drawn to the black artistic expression and read Langston Hughes, Zora [Neale] Hurston.”

That made a huge impression on Bagewadi, who has aligned himself with the Black Lives Matter movement, which campaigns against violence and systemic racism toward black people. “What needs to be done here is simple. Us Muslims need to ally ourselves with those who have paved a path for us and who has been on the front line of the struggle. So we need to appropriate their struggle. We need to appropriate their pain.”

Music has more power than mere words, he adds. “You listen to Curtis Mayfield sing ‘people get ready, there's a train a comin.’ You listen to Mahalia Jackson singing ‘Joshua Fit The Battle of Jericho.’ If that doesn't galvanize you, I don't know what will.”