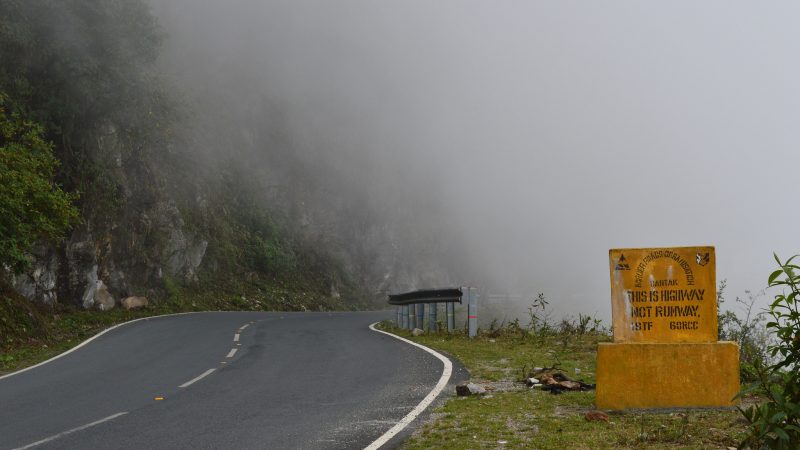 A roadsign in Bhutan: “This is a highway, not a runway”. Image from Flickr by Hrishikesh Sharma CC BY-NC-SA 2.0

Driving through the landlocked Himalayan Kingdom of Bhutan [2], you might notice a remarkable thing: many of the road signs among the mountain highways are full of wit, wisdom and puns [3].

The country has mostly snow-covered mountains in the north and mountainous tropical rain forest in the south. The roads on these mountains are narrow and dangerous, and speeding is always a problem. These signs are sometimes blunt to the extreme in their messaging, but they most likely make drivers think twice before breaking any rules.

Bhutan has now approximately 8,000 kilometres (5,000 miles) of roads and no rail lines. Until 1961, travel in Bhutan was mostly by foot or on muleback or horseback [6] as there weren't many paved thoroughfares. Road construction began during the First Development Plan (1961–66) connecting the capital Thimphu with Phuntsholing on the border of neighboring India.

However, the tiny country did not have the expertise to do the construction on its own. In 1961 the Border Roads Organisation [7], a subdivision of the Indian Army Corps of Engineers [8], started Project Dantak [9] which helped the Bhutanese Department of Public Works to construct and maintain over 1,500 kilometres of roads and bridges, Paro Airport, several heliports and other infrastructure for more than half a century.

Bhutan started opening up [10] to outsiders in the 1970s, and tourism is still restricted. Travellers and locals are probably nonetheless entertained by these road signs, which are in English and occasionally also in Dzhongka, Bhutan’s official language.

According to Brigadier PKG Mishra [12], the chief engineer of Project Dantak, these lighthearted road signs were put in strategically:

We are using humour to convey a subtle but important message. No matter where in the world you’re from, humour is something that is easily understood, appreciated and remembered.

Facebook user Puran Gunung [13] in Bhutan seemed to appreciate them:

I Loved Driving on the Hills coz of these boards. I would prefer this, rather than the Advertising Boards along the roads.

Here are a few of the signs shared on social media:

Peep Peep, Don’t Sleep! Be gentle on my curves! Life is a journey, complete it. 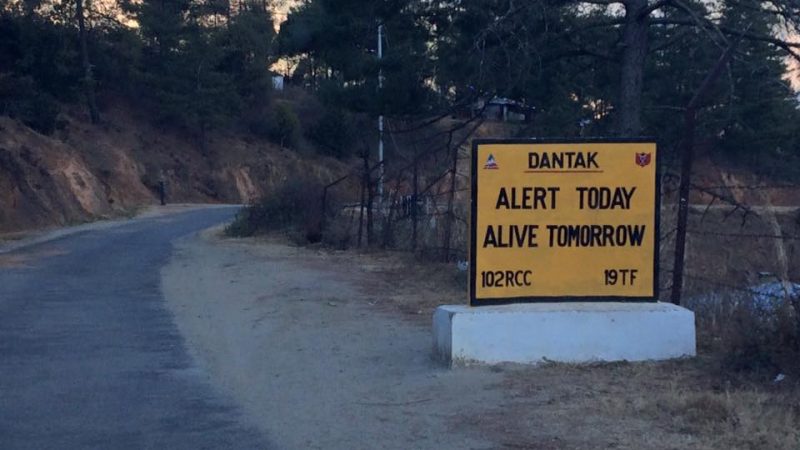 The signs of the roads in Bhutan are great – sometimes It feels like a self-help book ??? #wordsofwisdom #bhutanroadtrip #bhutantravel #bhutanroads #takeiteasy [30] 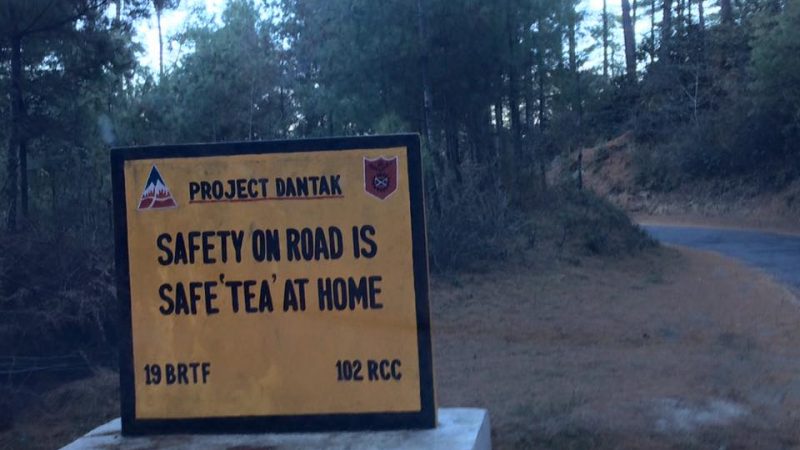