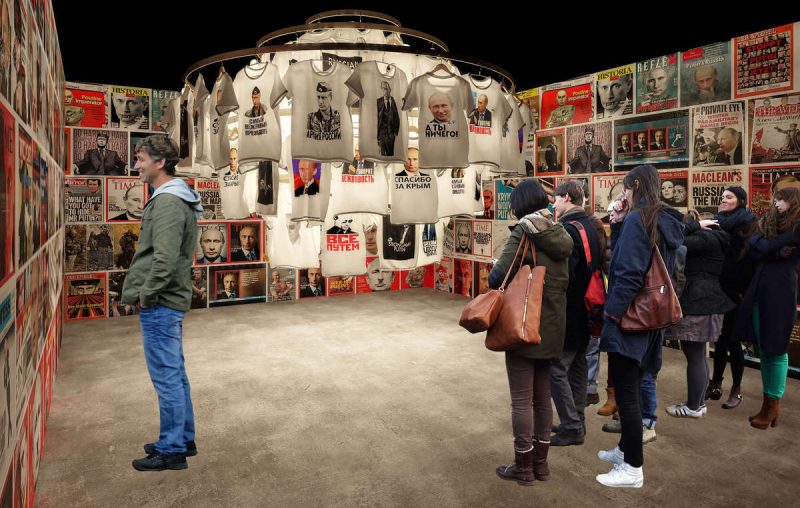 A room in the design for the “Putin-Superhero Exhibition.” Image: Boomstarter.ru

Alexander Donskoi is an entrepreneur who once served as the mayor of Arkhangelsk, until he was arrested for economic crimes and abusing his office. Today, he owns a chain of museums and tourist traps called “The Big Funny Association.” Donskoi is also behind a project to create a new art exhibition in honor of Russia’s president, and he wants to name it “Putin-Superhero.”

Donskoi is trying to crowdfund the startup cash for his exhibition idea on Boomstarter, a Russian clone of the website Kickstarter. He’s asking investors to front him 3 million rubles (about $52,000). If he can collect enough money, he plans to stage the exhibition in Moscow and St. Petersburg, as well as New York City and Berlin.

The slow start isn’t for a lack of trying, however. To help draw support, Donskoi has recruited Yulia Dyuzheva, a 21-year-old journalism student at Moscow State University, who stars in the advertisement featured on Boomstarter. Dyuzheva, who’s also a professional photo model and a self-described “patriot,” was voted “Moscow State University’s sexiest fitness babe” last December by the pro-Kremlin tabloid Life.ru. 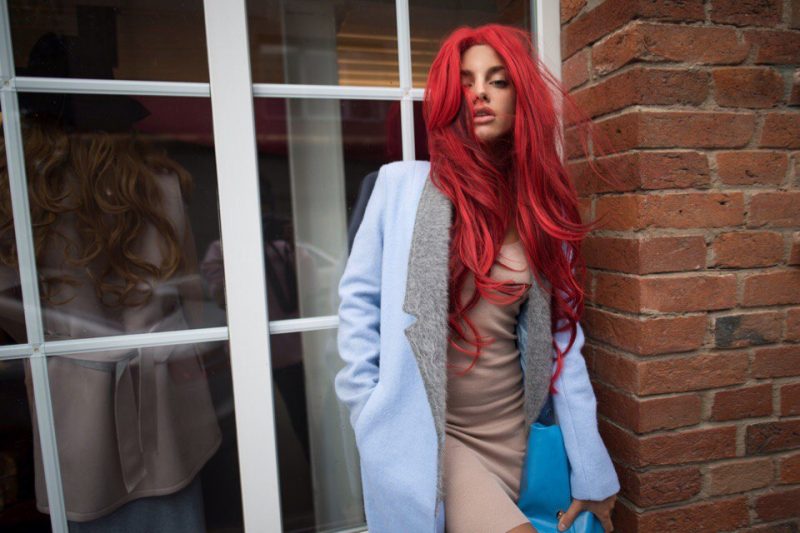 In the promotional video, she tells viewers that their help is needed to fight back against those who “slander” President Putin.

On Boomstarter, Donskoi and his team offer a blueprint of what visitors to the Putin-Superhero exhibition could expect to see. The welcome area would feature the Russian flag, the state coat of arms, and the text of the Russian national anthem, in addition to a wax figure in Putin’s likeness. This statue would be perfect for selfies, Donskoi says. 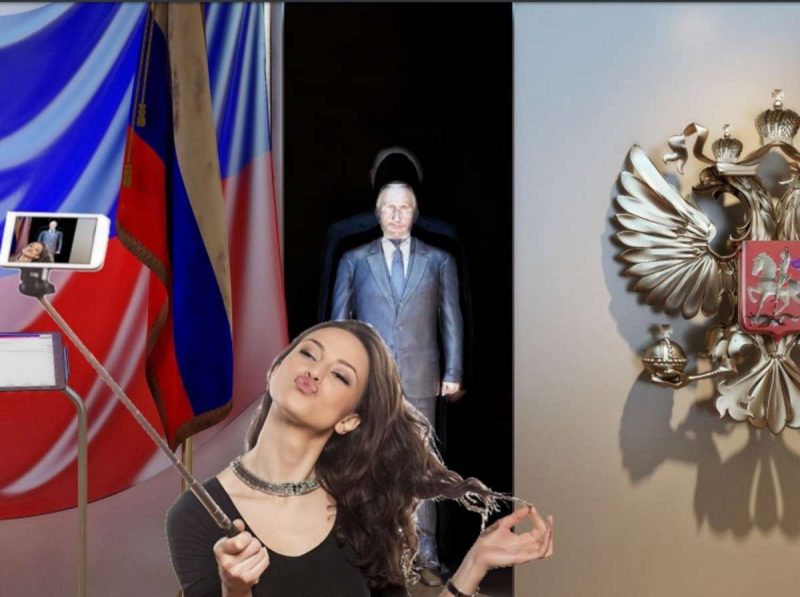 The next room would be a dramatic shift to the turbulent times of Russia in the 1990s. “Recall the dirty streets filled with cheap vendors, the criminals on every corner, and the crash of 1998,” the Boomstarter announcement reads. This exhibit would be a dimly lit room with a broken down, busted up Soviet car, flanked by trash and anti-Yeltsin graffiti. 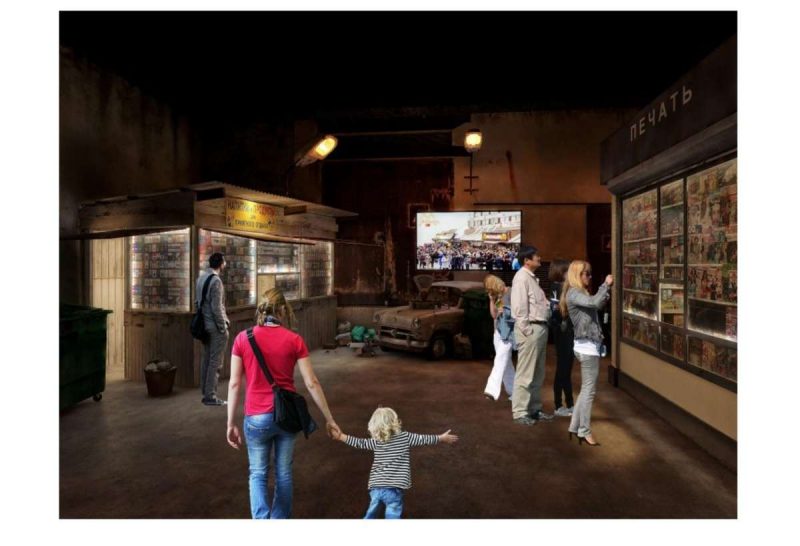 Next, visitors would learn about Vladimir Putin’s beginnings, reading the rapturous recollections of his school teachers, presented on a large wall in the form of a Soviet-era newspaper. 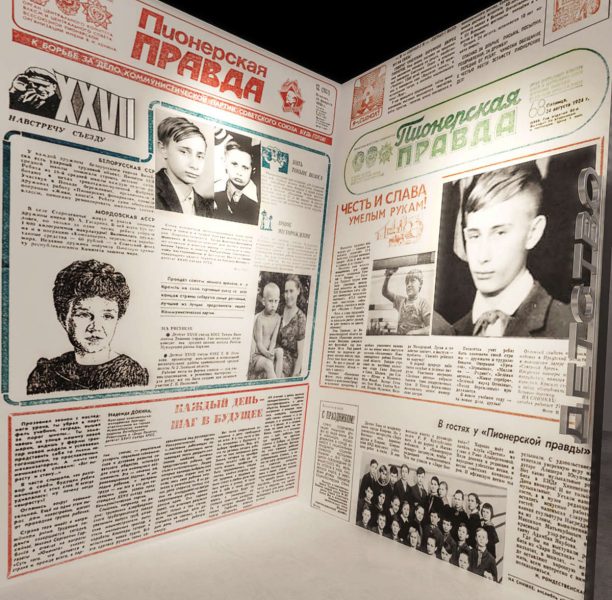 The next few installations would be more expanded newspapers, showing major news events in the collapse of the USSR, as well as honoring Putin’s service in East Germany with the KGB.

Visitors would also get a chance to step into a replica of the presidential office, including a recreation of the president’s official desk. Guests would be invited to sit at the desk and finish the phrase “If I were president, I would…” According to the Boomstarter description, the visitors with the best speeches in each tour group would receive prizes. 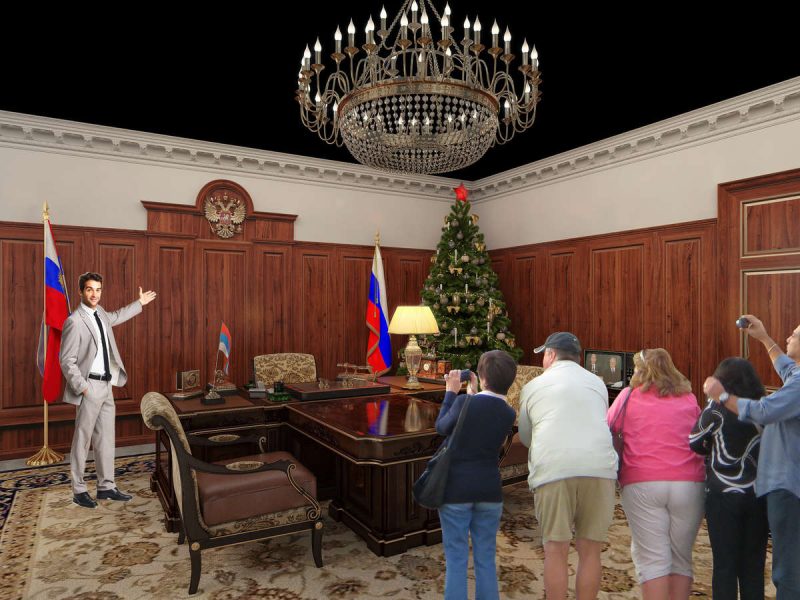 The next several rooms would feature more newspaper clippings retelling Russia’s resurgence since Putin’s first presidency, culminating with an exhibit dedicated to the president’s hobbies: flying with cranes, tranquilizing tigers, and hugging polar bears — all real-life, carefully orchestrated photo opportunities Putin has staged over the years.

In addition to a cafeteria that would supposedly serve the “modest meals” Putin ate as a Soviet child, guests could also expect to find a “Hall of Illusions With Vladimir Putin” and “Fly to Crimea with President Putin, without leaving the museum.” Donskoi offers no description for these last two attractions. 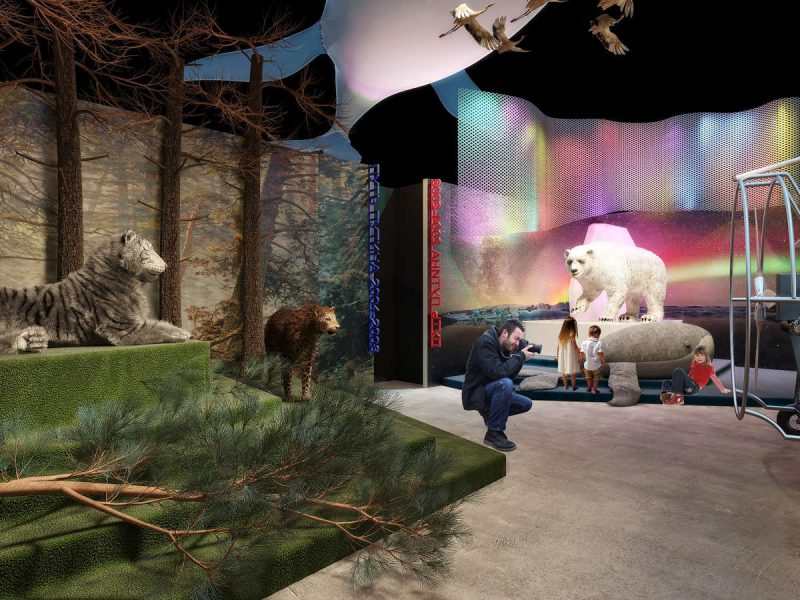 Alexander Donskoi isn’t the likeliest person to dream up a “Putin-Superhero” exhibition. In fact, he announced his intention to run for president in 2008, when Putin stepped down from office.

In February 2007, in an interview with the newspaper Novaya Gazeta, Donskoi said Ilya Klebanov, one of Putin’s official proxies, called him on the telephone and threatened to prosecute him on multiple criminal charges, if he didn’t drop out of the race.

“No one in the president’s administration will talk to me,” Donskoi complained in the interview. “Honestly, I never thought this kind of thing could be possible in this day and age. I thought this was only possible in Communist times — to become a dissident in our country.”

He never made it to the ballot, and was immediately targeted in multiple criminal investigations that ultimately cost him his job as mayor.

More than a decade later, times have finally changed for Alexander Donskoi, who’s now offering “a presidential dinner and a guided tour” to anyone who invests 20,000 rubles ($340) or more in his idea for a “Putin-Superhero” exhibition.