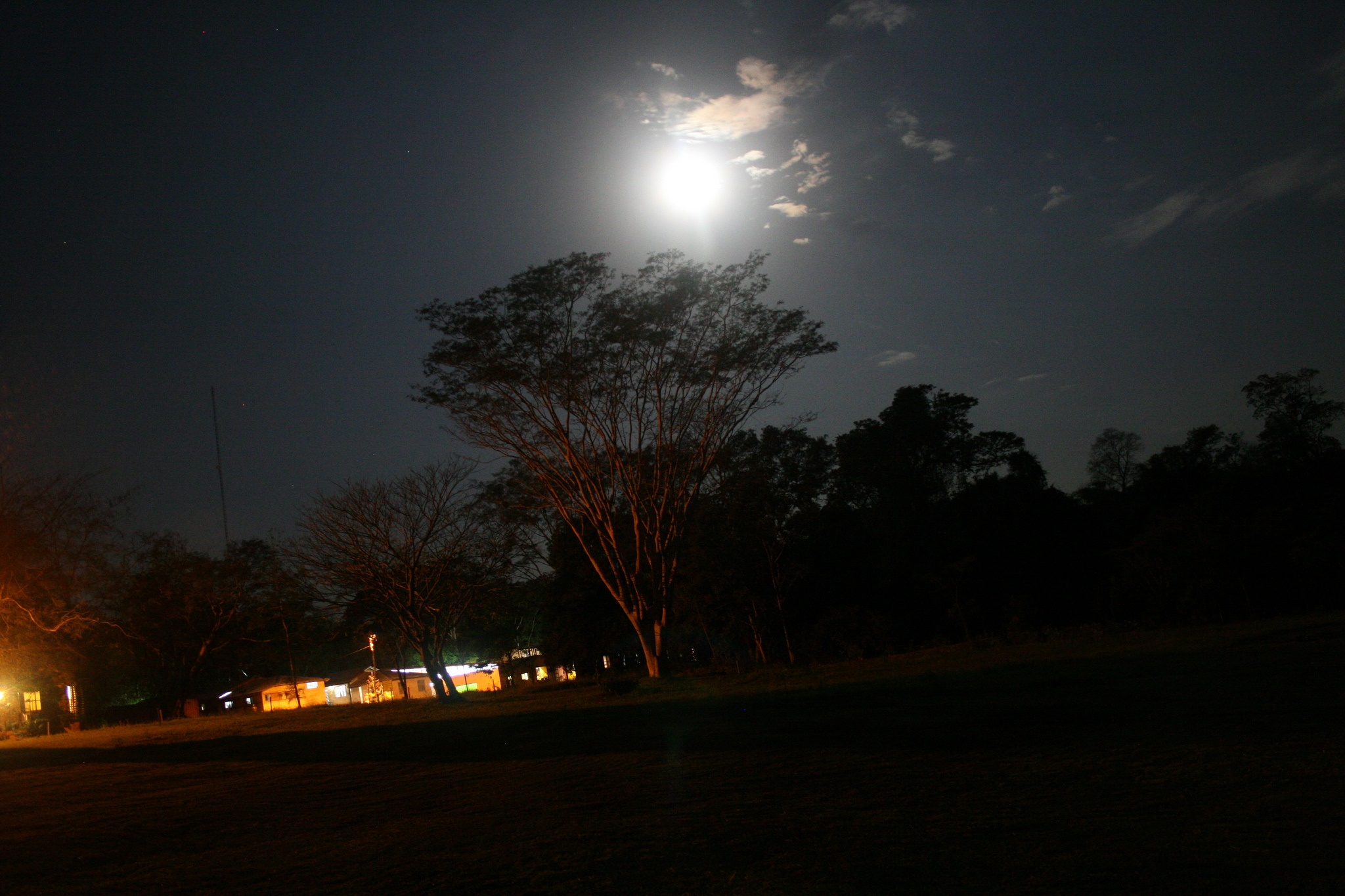 The Mbaracayú forest is located at a remote spot in Paraguay, formed by the upper basin of the Jejuí river and the Mbaracayú Forest Nature Reserve. The place is a sanctuary for a number of endangered species and a hotspot of biodiversity.

But for people living around the area, daily life can be a challenge. Going to school, for instance, is not easy, not only because children have to make their way there by cutting through the thick vegetation that takes over the roads, but also because of a lack of resources for education as well as the prejudices society has against women.

In 2008, Moises Bertoni Foundation, the body that manages the natural reserve, established the Mbaracayú Educational Center as an initiative to offer quality education for teenage girls living in and around the reserve. It offers high school technical degrees in environmental sciences.

This is the focus of the 2015 film “Daughters of the Forest,” directed by San Francisco, California-based Samantha Grant. The documentary will be shown at the 10th Annual Sebastopol Documentary Film Festival, to be held in March 23-27.

Global Voices contributor Mary Avilés held an interview with director Samantha Grant about the movie and its goals.

Global Voices (GV): What is “Daughters of the Forest” about?

Samantha Grant (SG): Daughters of the Forest tells the powerful, uplifting story of a small group of girls in one of the most remote forests left on earth who attend a radical high school where they learn to protect the threatened forest and forge a better future for themselves. Set in the untamed wilds of the Mbaracayú Reserve in rural Paraguay, this intimate verité documentary offers a rare glimpse of a disappearing world where timid girls grow into brave young women even as they are transformed by their unlikely friendships with one another. Filmed over the course of five years, we follow the girls from their humble homes in indigenous villages through the year after their graduation to see exactly how their revolutionary education has and will continue to impact their future lives.

GV: What is the main message of “Daughters of the Forest”?

SG: The main message of the film is that if you give young women a chance by giving them an education, they can become valuable, contributing members of society because unlike the young men who receive an education and often end up taking their education to seek their fortune elsewhere, young women do not leave their home communities. Also, if you focus the education you are giving to these young women on the environment and the importance of preserving ancient forests, they will come up with innovative and productive ways of fighting deforestation — something that is not just a local problem. The devastatingly rapid and relentless deforestation of the forests of South America by international agricultural conglomerates is something that the entire world should be concerned about.

GV: What made you decide to make this documentary?

SG: I was originally brought on to the project as a cinematographer because I was young, female, and Spanish fluent, and those were the minimum requirements necessary in order to connect with this community of young Spanish speaking girls. The producer of the film, who found out about the story when he did a previous profile of Martin Burt (the founder of the school) found me through his network of contacts and after a brief phone conversation I signed up for what I thought would be a fun and relatively short assignment. Then I met the girls, who are simply amazing. After a few days of shooting it was clear that my role was more than simply ‘cinematographer’ so the producer and I had a conversation and decided that I would have a bigger role. Over the course of the years we followed the girls, my role eventually grew to Director. Taking on a project that someone else has started is always a tricky thing to do, and this project was not without its challenges, but I decided to commit to this larger role as the Director because I believe in the project and I believe in the girls. Also, as a documentary filmmaker it's not often that you get the chance to tell an uplifting and inspiring story, so I jumped at the chance.

GV: What surprised you the most about their stories?

SG: What surprised me the most about these girls is how similar they are to all the other teenage girls here in the US. Despite the fact that they have grown up with such different circumstances than the majority of girls in the US, these girls are just the same as any other teenage girl you might run into in the US. They have the same hopes, dreams, fears and desires. They put pictures from magazines of teen heartthrobs next to their beds. They love to dance and listen to pop music. They giggle and gossip and watch TV. They like dressing up, wearing makeup, and now that they are at a school with satellite internet, they love keeping up with friends on Facebook.

GV: Did you face any challenges during the production of the documentary?

SG: The process of making this film was exceedingly challenging — but then again every documentary has its challenges. That's what I love about this line of work — it's never boring and I am always asked to solve problems I could never have dreamed about when we started. Like when we were out on a shoot and a massive hurricane swept across the region and all the roads were washed out. We hunkered down in a shack and I used my raincoat to protect my camera. We ended up getting out that night, but there were a few hours there when our crew was planning to sleep in a pile on the wet dirt floor of this family shack until the roads were repaired. We simply enjoyed watching the rain and snuggled up with everyone there –including the family pigs and chickens who were brought inside for the storm. The intense heat, the unpredictable weather, the lack of infrastructure and reliable roads, and the intermittent supply of electricity all combined to make this quite an adventure from the production perspective, but the difficulties we faced in production were offset by the sheer magic of the place. And showing off this beautiful setting, a place most people will never have the opportunity to get to in their own lifetimes, is also one of the goals of the film.

GV: How long did it take you to make the documentary?

SG: About seven years. We started shooting with the girls in their home villages before the came to the school, then followed them for all three years of their time as students, and then went back a year after they graduated to see how their education had impacted their lives if at all. The last two years were spent fundraising and editing and now distributing. I'm thrilled to say that the film had a national broadcast on [American public broadcaster] PBS. It's also part of the Women of the World initiative, supported by the Ford Foundation and [US government agency] USAID which means that the film will not only broadcast internationally in 12 countries, but it will also be shown on the ground to rural communities using a mobile screening setup, in places that have been identified as ‘social change countries’ poised to accept a shift in the role of women and girls in their society. The hope is that this story can help these folks to see that girls can take on leadership roles if they are only educated and given a chance.

GV: Where we can watch the documentary?

SG: The documentary is touring the festival circuit right now and we will be starting our Campus and Community Screenings tour that will bring the film to college campuses and community centers around the US. If you are interested in setting up a screening, please contact us at info@gushproductions.com.