The Story of a Gay, Black Man From the Outskirts of São Paulo Who Became a Filmmaker 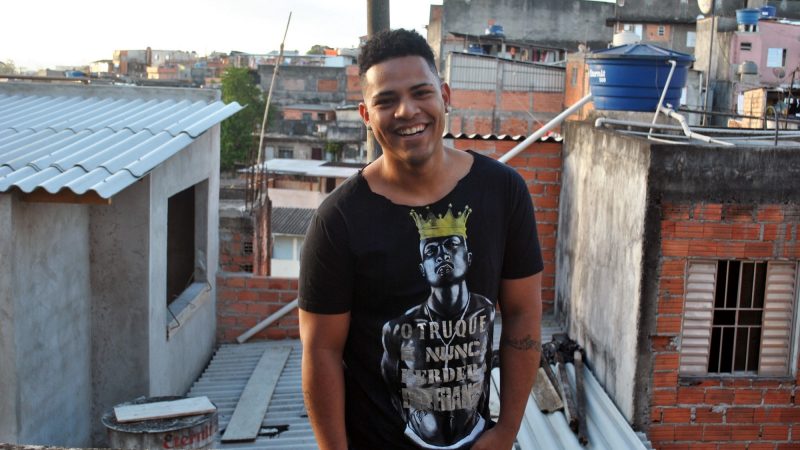 Valter Rege on the roof of his home where he makes his videos for his YouTube channel called “Energia Positiva.” Photo: Vagner Vital/Agência Mural, published with permission

This post by Vagner Vital was originally published by Agência Mural. It is republished here as part of the partnership between Global Voices and Agência Mural.

At six years old, Valter Rege realized his life wouldn't be an easy one. Amid insults like “monkey” and “faggot,” he lost teeth when he fell and hit his mouth on the sidewalk curb after being pushed by some other boys. He realized that being gay and staying alive would be a challenge, although he wasn't able to say for sure the meaning of that word used instead of his name as he was chased away and beaten.

Condemned for who he was, Valter Rege found his means to fight back and speak through his camera. He created the YouTube channel “Energia Positiva” (Positive Energy) – a motto he had tattooed on his right arm – where he discusses, among other issues, black empowerment. The rooftop where he makes his videos is just one of many in the poor neighborhood of Vila Clara, in the south of São Paulo, where he has his own outdoor studio.

The hanging laundry next to two water tanks are evidence of the space's other uses. “I'm not ashamed of making my videos up here and showing the place I call home. This is my reality,” he says. “The rooftop represents the outskirts [of the city].”

The 32-year-old, standing at 1.62 meters tall (about 5 feet, 4 inches) and featuring a big smile, splits his time between the YouTube channel and fulfilling another dream. With the help of his workmates, he's written a script that has received a grant from the Brazilian Ministry of Culture to be produced as a short film called “Preto no Branco” (Black on White). The movie, which doesn't have a release date, will be Rege's professional debut.

It tells the story of a young black man (played by actor Marcos Oliveira) who is accused of theft after bumping into a woman in front of a mall. After being taken to the police department, his innocence is called into question due to hate and racial discrimination.

In one of those coincidences in which art imitates life, Rege was once stopped by a woman who shouted at him as he was getting out of the bus to work: “Thief! You're a thief! You stole my cell phone!” Startled and confused, he replied it wasn't him and simply kept walking towards the building where he works.

“I wish I had stared right into her eyes and said she can't accuse people like that, but I was scared. I was afraid of being beaten or afraid of the cops who could treat me unfairly,” he says. The woman called the police, who shortly afterward knocked on the door of the company where he works. Luckily, the company security guard didn't match the description of the wanted man with Rege, and both the police officers and the woman left.

“There was a boom of vigilantes back then. I feared that someone would come after me when I was alone,” he says. “It's sad when you go through that in your childhood and you realize that it still continues after you become an adult.” 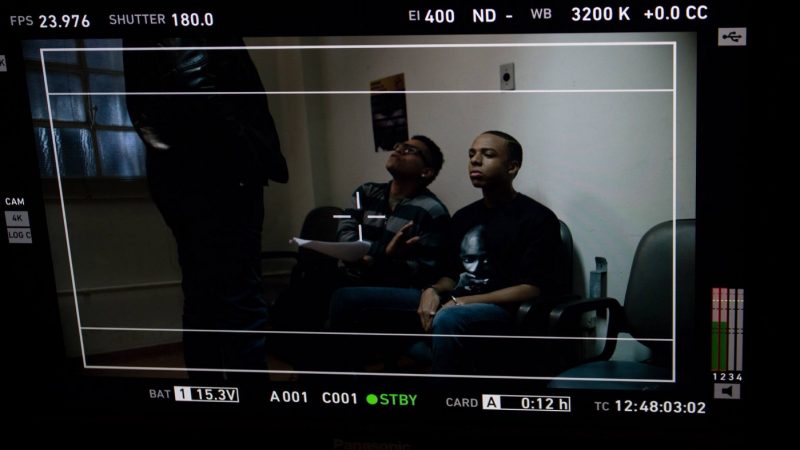 During his childhood, he lived with his parents and two sisters in a slum, in the middle of the mansions of the Moema neighborhood, one of the wealthiest of São Paulo. His family shared the only two bathrooms available with 30 other families.

At 10, he couldn't understand why he wasn't allowed to play with the kids who lived in the mansions and luxury buildings, where the mothers from the slum usually worked all day long. The increase in the cost of living in the vicinity made his family move to Vila Clara in the city's outskirts. Adjusting to life there wasn't easy. The VCR and the TV became his faithful friends.

He started to identify himself as a black person in his teenage years, after being exposed to movies. “Back in Moema, whenever I saw a black person in the street, I would cross to the other side. The cinema encouraged me to come out to get to know my new neighborhood, to see other black people and to recognize myself as one,” he said.

In one of his YouTube videos, Rege returns to the street where he lived in Moema and points out the differences between the two places he's lived as well as the importance of building up his self-esteem and pride about his neighborhood.

His first script, written at 13, began to come alive through his home movies which were recorded with an 8mm camcorder he bought thanks to his first job as a courier. He worked as a courier for a bookshop and served in the Air Force as a soldier until he got a scholarship to study radio and television at Universidade Belas Artes. There he learned the basics of producing more professional material, and he released “Quero ser Beyoncé” (I want to be Beyoncé), a medium-length movie about women's empowerment that was shown at the Centro Cultural Banco do Brasil.

Shortly after, he brought another project to light in the form of a book called “Sempre Amigos” (Friends Forever) – published by Multifoco – in which he tells the story of Eduardo, a young homosexual man who is discovering his sexuality and learning to accept himself.

“I wanted to show with this book how important it is to be who we are, and also urge parents to read it because being yourself is not matter of choice,” he says. “I always try to learn something good from bad experiences. That's positive energy to me.”

The boy who lost his teeth as a child for being black and gay doesn't believe in meritocracy. From on top of his roof or between the hanging laundry and water tanks or at the movie theater, he is demonstrating the importance of empowerment with pride. “We, as blacks, gays and from poor communities have to stay strong. And we are,” he says.