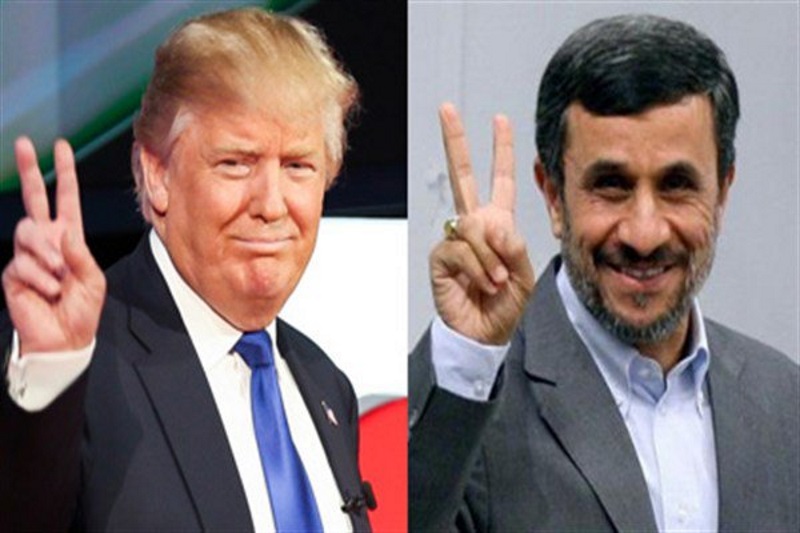 Former Iranian President Mahmoud Ahmadinejad, most notable for being the president whose reelection was tainted by irregularities, which in turn sparked the Green Movement of 2009, penned an open letter offering his advice to US President Donald Trump on February 27.

The letter starts with Arabic dua (or Islamic prayer), asking for the prophesied Mahdi to appear faster (the redeemer of Islam in Shiite scripture). Ahmadinejad, who has somewhat of a habit of writing letters to US presidents and acknowledges as much, then tells Trump that he sees his election as a change in the American status quo.

Later on in the letter he urges Trump to respect other nations, embrace diversity and put a stop to aggressive policies of dominance towards other countries:

Unfortunately, consecutive US administrations have assumed arrogance toward others, seeking progress of the state by holding others back, pursuing possession and welfare of US people at the expense of others’ poverty, questing after honor and grandeur by humiliating others, and searching for US security in the insecurity for others… It’s my belief that the American people cannot support such policies and performances, and cannot pursue the humiliation, poverty and insecurity of others, and cannot seize others’ wealth… If we are pursuing fundamental and sustainable reforms, we need to respect all nations and cultures, as well as their will and interests. We need to share the happiness of nations, as well as their sorrow. We need to seek equality and brotherhood among nations and respect nations’ rights, as well as avoid arrogance and efforts toward domineering others.

It's not the first time a top Iranian figure has publicly criticized the Trump administration's policies for being discriminatory, such as the controversial travel ban against seven Muslim-majority countries. The Supreme Leader, Ayatollah Khamenei, has previously characterized Trump as doing “the job for us in revealing [the] true face of America.”

Iranian social media has been brimming with commentary about Ahmadinejad's letter since it was published.

Ahmadinejad, who is apparently not content with the 8 years of damaged he caused Iran, wrote a letter to Donald Trump. https://t.co/phIkK6EE0y

Since Trump's election, many Iranians have been offering sympathy to Americans, relating the eight years of poor leadership under Ahmadinejad to the Trump administration (see 4:04 in the parody video “America First…but what about Iran?”).

That's a reference to Ahmadinejad's other letters to world leaders, such as the one he wrote to former US President Barack Obama in 2016 telling him he had failed to deliver on promises to mend ties with Iran:

It is with great regret that your explicitly announced undertakings … including your public as well as written announcements to mend ties with the Iranian nation, and to make compensation for about sixty years of oppression and cruelty by different American governments against the Iranian nation, were never fulfilled.

The above letter came on the tails of the implementation of the Iran nuclear deal, signed under the leadership of Obama in the US and Iran's moderate President Hassan Rouhani. Ahmadinejad was alluding to the injustice he saw in a US court ruling that Iran's US-held assets should be paid to the families of the victims of the 1983 bombings on the US Marine Corps barracks in Lebanon, which killed 241 US servicemen. Hezbollah, a Shi'a Islamist militant group and political party based in Lebanon that is supported in large part by the Iranian government, was responsible for the bombing.

The 2016 letter was meant to undermine the achievements of the Rouhani administration in completing a nuclear deal, which was embraced popularly across Iran, as it brought relief from sanctions and an open door to many economic opportunities. Nuclear sanctions against Iran intensified under Ahmadinejad's presidency, while nuclear negotiations failed to progress between Iran and the other nations involved under his leadership.

This new letter to Trump can perhaps be seen as another attempt by the former president to try to undermine President Rouhani, especially as Iran nears the May 2017 presidential elections. In September 2016, Ahmadinejad announced he would not join the race, after being warned by the Supreme Leader that his candidacy would cause polarization and harmful divisions in Iranian society. While also banned in 2013 from running for re-election, Ahmadinejad campaigned for the election of his former chief of staff, Esfandiar Rahim Mashaei. Mashaei however was not able to make it past the Guardian Council‘s vetting of the final list of presidential candidates. For 2017, it is believed Ahmadinejad will partake in a similar effort for his former vice president, Hamid Baghaei.