911 for Donbass: Meet the App That Will Keep Ukrainians Updated About Military Attacks 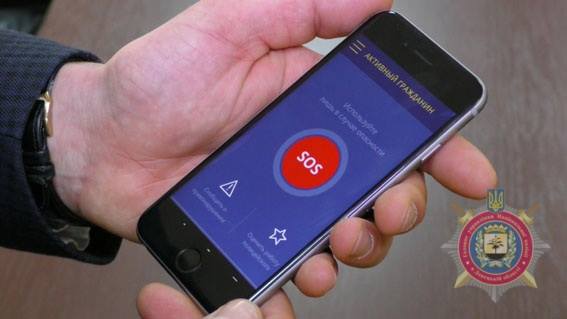 An app that informs users about military attacks and lets them contact law enforcement in seconds will soon go live in Ukraine—and, its creators hope, reduce casualties among civilians in the war-torn eastern regions of the country.

For nearly three years, the Donetsk and Luhansk oblasts that compose the Donbass region of eastern Ukraine have been shaken by a bloody war between the Ukrainian government and Russian-backed separatists that has left more than 10,000 soldiers and civilians dead and displaced nearly 1.8 million people.

But it's the 2.7 million people who still live there who are expected to benefit from the new “Active Citizen” app.

“The main function of the new app is to inform people about bombings and emergency incidents. It will also allow citizens to let police about know about offenses and attach photographic evidence to their messages,” said Vyacheslav Abroskin, the chief of police in Donetsk region, in a Facebook post.

Currently, Ukraine's Unified Analytical Service Center (UASC) responds to “102 calls”—the Ukrainian equivalent of 911. Once Active Citizen is launched, UASC will be able to receive and process messages sent from tablets and smartphones as well. The only requirement is that Active Citizen users fill out a short registration form in advance: “…the user will send an “SOS” message, which will go directly to our UASC center. People there will very quickly process your message and dispatch police to where you are, having located the device from which the message was sent,” wrote Abroskin.

WIFI and mobile internet are widely available in many parts of Donetsk and Luhansk, as are smartphones and tablets, meaning many residents of Donbass stand to benefit from Active Citizen.

Similar apps exist in other countries and even in other major Ukrainian cities. For example, the AMBER alert system in the U.S. sends out alerts about child abductions over the radio, Internet and TV. Active Citizen will be similar to existing warning apps, though it will have fewer functions because of UASC's technological limitations—at least for the time being. The bombing alert will be sent only to those who have downloaded Active Citizen, and the UASC will only process SOS requests sent through the app.

Still, Active Citizen's creators haven't said when they expect the app to be made available: “For now, it is just a pilot (trial) project. At this stage, it will have a limited functionality,”Abroskin said.