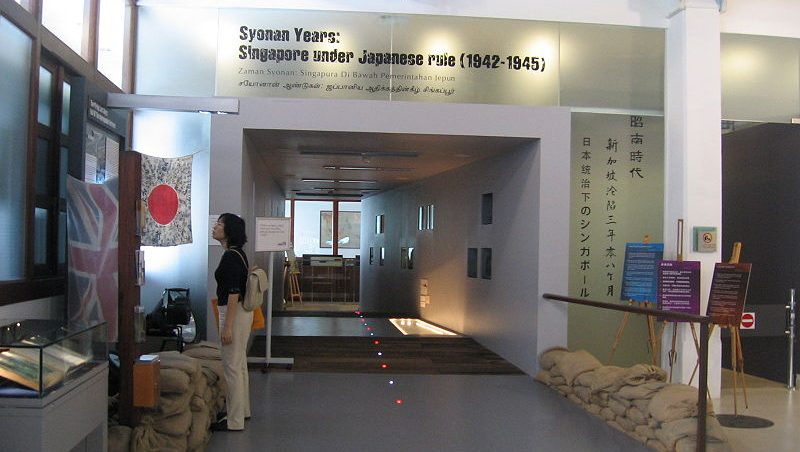 The World War II gallery was initially called Syonan, the name of Singapore during the Japanese occupation from 1942 to 1945. CC 3.0.

To educate younger generations about the horrors of war, particularly the bitter experience of thousands of Singaporeans during the Japanese occupation from 1942 to 1945, Singapore's government opened a new exhibition on Feb. 16, which it initially named “Syonan Gallery: War and Its Legacies.”

A day after the opening, however, the government changed the gallery's name to “Surviving the Japanese Occupation: War and Its Legacies.”

Many people reminded the authorities that “Syonan-To,” which means “light of the south,” was the name used by the Imperial Japanese Army when it occupied Singapore during World War II. Many felt the decision to revive the name was an insult to thousands who suffered during the Japanese occupation.

What's in a name? Plenty, when it's Syonan Gallery. Is it meant to be the title of an exhibition or a gallery space? https://t.co/c7zOofbNCc pic.twitter.com/rE40Kdmvm5

The National Library Board, which operates the gallery, explained why it chose the name Syonan:

The new name of the gallery reminds us how brittle our sovereignty can be, as Singapore lost not only its freedom but also its name during the Japanese Occupation.

But writer Tan Wah Piow questioned why the gallery was opened on the anniversary of Japan's invasion of Singapore:

Vernon Chan urged the government to broaden the theme of the World War II gallery:

How about stressing the importance of treaties and allies in a multipolar world?

How about honouring our allies from the war – including the communists, KMT, British, Australians, and Americans who jointly pooled their resources to liberating Malaya and Borneo?

How about recognising that in a world war, territory can be lost and regained – and the “fall of Singapore” should be balanced with the “liberation of Singapore”?

Veteran journalist P N Balji wrote that the issue demonstrates how the government has failed to understand the sentiment of the country's older population:

It points to one disturbing fact: that the people running the government machinery are losing touch with an important segment of society. Older citizens are a vote bank the government will ignore at its own peril.

After hearing the criticisms raised by many citizens, Minister for Communications and Information Yaacob Ibrahim apologized for using the name Syonan. He also announced that the gallery will be given a new name:

This was never our intention, and I am sorry for the pain the name has caused.

I have reflected deeply on what I heard. We must honour and respect the feelings of those who suffered terribly and lost family members during the Japanese Occupation

After this announcement, the name Syonan was already removed in front of the museum:

Prime Minister Lee Hsien Loong also confirmed that the gallery will no longer be called Syonan:

Many Singaporeans of all races suffered terrible atrocities during the Japanese Occupation, or had family members who did.

My colleagues and I honour and respect these deep feelings. So we have renamed the exhibition to bear witness to these painful memories.