Meet Kyrgyzstan, a Haven for Central Asian Reporters Amid Love and Strife 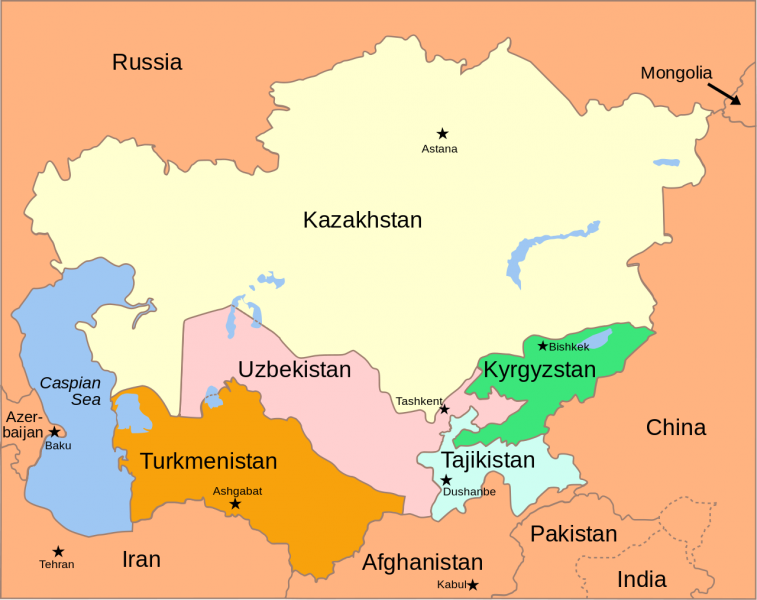 The following is a partner post from EurasiaNet.org written by Zukhra Iakupbaeva, an author from Kyrgyzstan who also writes for Global Voices. Republished with permission.

In a rough neighborhood for journalists, Kyrgyzstan is a relative safe haven. Over the years, reporters from various parts of Central Asia have made their homes there — often for safety and professional growth, other times for more personal reasons.

The Reporters Without Borders press freedom index for 2016 tells a clear story. Central Asia is not hospitable territory for the free flow of information and independent journalism. Nations like Turkmenistan and Uzbekistan languish at the bottom of the list, alongside such places as North Korea and Ethiopia. Meanwhile, media outlets in Tajikistan have long endured pressure, but repression has intensified since late 2015 and has prompted the flight of dozens of journalists.

The stories of three journalistic migrants from various spots in Central Asia are illustrative of how Bishkek has established itself as the chief destination for those seeking creative and intellectual freedom.

Diana Rakhmanova, a 27-year-old journalist from Tajikistan, said a visit to Kyrgyzstan in 2010 to attend a three-month course organized by German broadcaster Deutsche Welle completely changed her understanding of journalism.

“What shocked me most when I was in Bishkek were the ordinary educated people interested in politics, who had access to information from state officials. State officials are the ones who are afraid of journalists, and there was an active use of social networks,” Rakhmanova told EurasiaNet.org as she sipped coffee in one of Bishkek’s many cafes.

A lucky break enabled Rakhmanova to get to know a local journalist who offered her a job in Bishkek, where she returned a year after her course. She had to make tough adjustments, she said. “I could not remember any of the Kyrgyz surnames and had no clue whatsoever about parliamentary factions,” she said.

Her ethnic Tatar background helped her get to grips with some aspects of the language. “I understand when people reply to me in Kyrgyz when I have asked my question in Russian. This is because I know Tatar very well; my family back in Tajikistan speaks it freely.”

Occasionally, regional tensions have created bureaucratic hassles. “One time I was not allowed to cross the Kyrgyz border from Kazakhstan because of a border shooting incident in a disputed section of the Kyrgyz-Tajik border,” she said. “I am also a citizen of Russia, so the Russian passport helped me get across that time.”

Rakhmanova said she had no plans to return to Tajikistan.

“I do not want to go back to Tajikistan because I wouldn’t be able to get used to a lack of freedom of speech,” she said. “And I have a family here, a husband and a one-year-old son.”

In other cases, family matters and relationships sometimes trump professional motivations for journalists.

Elyor Nematov, a 28-year-old photojournalist from the city of Bukhara in Uzbekistan, said his friends were surprised when he decided to move to the Kyrgyz capital, Bishkek. He explained that he wanted to be nearer to his fiancee, who lived in the Kyrgyz capital, and only later discovered opportunities to hone his skills as a documentary photographer.

Nematov said that back in Uzbekistan it was not his work, but his Bahai faith that caused him problems.

“When I was a student, police suspected I could be an extremist because I am a Bahai. In Tashkent, police detained me for 15 days because I supposedly resisted them when they were conducting an anti-extremism special operation. In fact, they were recording me and I asked them to show me their documents and explain to me why I was being arrested,” he said.

Nematov embraces a relaxed philosophy about where he lives. “I do not feel borders, my base is Kyrgyzstan, but I am reporting on Central Asia,” he said.

Like Rakhmanova, Nematov has no immediate plans to leave Kyrgyzstan. Instead, his dream for now is to set up a documentary photojournalism hub in Bishkek that would support people doing his line of work across all of Central Asia.

The most unforgiving place in Central Asia for independent-minded reporters and researchers is Turkmenistan. The very few people there who have dared to dabble in independent journalism have found themselves on the receiving end of intimidation, arrests and physical assault.

Olga, 33, came to Bishkek from Turkmenistan in 2001. She now works as a political analyst at a Bishkek educational institution and writes occasional commentary pieces on human rights, education, and oil and gas issues in Turkmenistan.

Olga first traveled to Kyrgyzstan as a student. “I spent almost the whole time of my freshman year at the American University of Central Asia in Bishkek in the library. I would read avidly, it was such a pleasure,” Olga told EurasiaNet.org, requesting she be identified only through a pseudonym.

The mid-2000s were a dark era for learning in Turkmenistan. In February 2005, the late President Saparmurat Niyazov decreed that provincial libraries were useless since most villagers did not read anyhow. In line with that reasoning, Niyazov ordered the closure of almost all of the country’s libraries with the exception of a few larger ones and student libraries.

This and other policies engineered to ensure Turkmenistan’s isolation from the world led Olga to understand that her options would be limited at home. “I remained in Kyrgyzstan because it was difficult to find a job [relevant to my qualifications] in Turkmenistan,” Olga said, adding that she was limited by not knowing Turkmen. “Oil and gas companies, which were flourishing at that time, would have been the most likely option, but I was looking more at the area of social development.”

Asked if she had plans to ever return to Turkmenistan, Olga said she preferred not to think about it, and is focusing instead on her further studies and her six-year-old son. The sense of freedom instilled in her by her experiences in Kyrgyzstan would be hard to reconcile with the pervasive repression in Turkmenistan.

To underscore how challenging the environment is back home, Olga recalled that when Kyrgyzstan’s revolution unfolded in 2005, she was a student at the American University of Central Asia. Her parents received a call from the security services. “They [security agents] were interested to know if I was involved in the revolution,” she said.