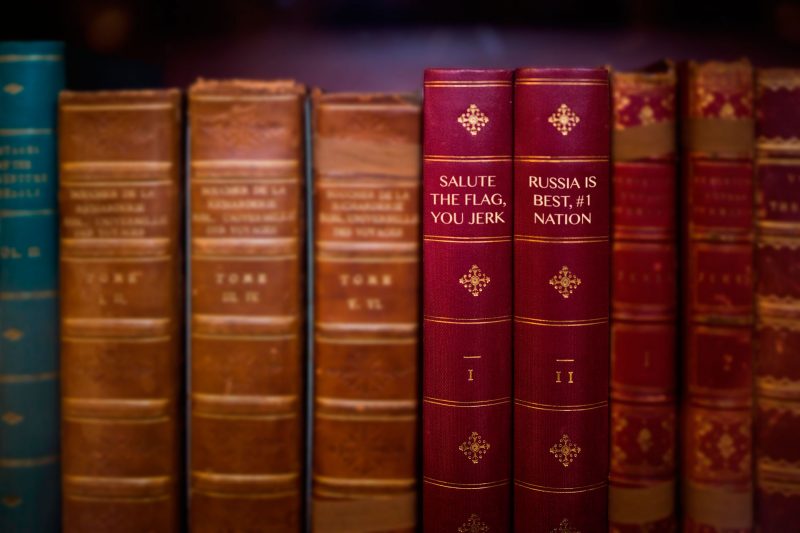 A clumsy new campaign called “Virtual Front” is coming to Russia next month, led by a government youth group that aims to make Wikipedia’s Russian edition more “truthful and patriotic.”

According to Maria Voropayeva, the Youth Parliament’s deputy chairperson, young people in Russia need to be better educated about these subjects, in order to cultivate Russian patriotism. She also says she favors removing some content now found on Wikipedia, arguing that the website shouldn’t publish quotes by extremists or militants.

For the last year or so, Voropayeva has headed another project by the Youth Parliament called “I Take Pride in Russia Every Day,” which has published a handful of videos on YouTube, some featuring short patriotic statements from young people in cities throughout the country. The videos were made in the same spirit as Virtual Front, encouraging Russians to fight back against a hostile world that misunderstands their country.

“With every new day, there’s more trash on the Internet,” a woman tells the camera in the most popular video shared by “I Take Pride in Russia Every Day.” “Russia is the aggressor. We’re all invaders. They’re threatening us! People, what’s going on!”

“Why does someone have the right to laugh at our suffering? Or is nothing off limits in the race for money?” another woman asks vaguely, apparently referring to Metrojet Flight 9268, the Russian plane that crashed in Egypt in October 2015.

“He who comes to us with the sword will die by the sword,” a young man says grimly.

Facing the threat of Internet trash, jokes about suffering, and swords, the Youth Parliament says it will respond with a campaign to add 10,000 articles to Russian Wikipedia.

After hearing about “Virtual Front,” Rustam Nuryev, one of the leaders of Wikimedia in Russia, asked on Facebook, “Why so few articles?”

In fact, there are more than 1.3 million articles on Russian Wikipedia today, and more than 2,000 have appeared naturally in the week since Virtual Front was announced.

Once it goes live in March, Virtual Front won’t be a horizontal social movement, and taking part means submitting draft Wikipedia articles to a coordinating board staffed by dozens of teachers and fact-checkers across the country. Once they’ve approved your article, it’s then reviewed again by a core group in Moscow. 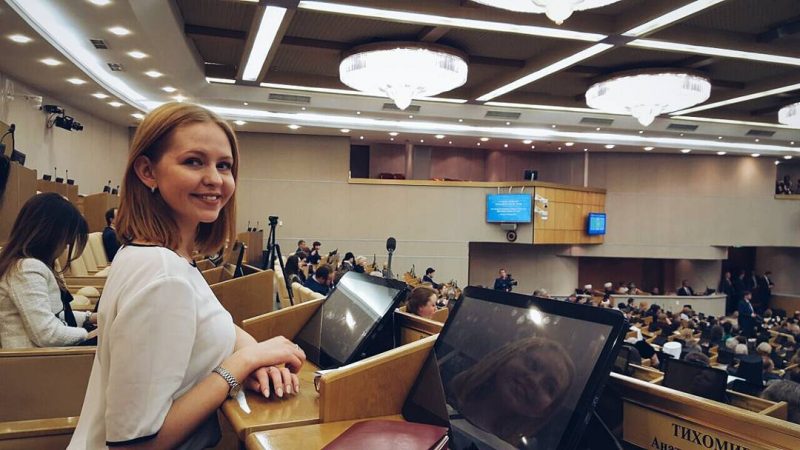 Russia’s Youth Parliament has not revealed how it will fund this massive undertaking, and its byzantine process for writing new Wikipedia articles — something anybody can do on their own — is supposed to produce 10,000 articles by September.

Why all the gatekeepers in a campaign that could likely deliver more, if the Youth Parliament instead simply encouraged — openly and without bureaucracy — Russia’s proud citizens to write more on Wikipedia?

The short answer appears to be “quality control,” but the real reason is politics, judging by the hour-long press conference on Feb. 17, when organizers unveiled Virtual Front.

At that event, a young woman stood up and asked how the campaign plans to handle “the different liberal movements, such as ‘The Fifth Column,’ which disinform people on social media.”

This was Duma deputy and Cossack chieftain Viktor Vodolatskiy’s moment to shine:

If people have gotten used to drinking from a barrel of filthy, muddy water, then they won’t want to switch to a barrel of crystal spring water. They’re already used to it, and they’ve adapted to the dirty water. So the ‘fifth column’ has its community, which reads what they write. Our task now is to wash away all this filth with crystal spring water.

According to the opposition website Rublacklist.net, Wikipedia editors in Russia haven’t expressed much interest in Virtual Front, commenting that initiatives to create more articles are generally welcome, but anything written with political bias will be rooted out by moderators enforcing the website’s standards on objectivity and citations.

However clumsy the Youth Parliament’s approach to Wikipedia may be, it’s still an improvement on a government order issued by Prime Minister Dmitry Medvedev last August, when he established a working group to study the creation of an all new Russian-engineered Wikipedia clone.