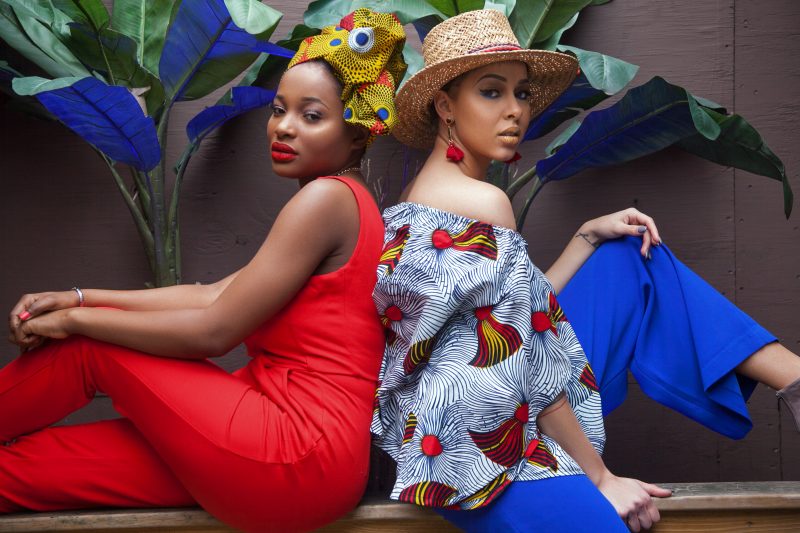 Where there's music, there's blending. Anie & Riva, a Haitian/Haitian-American duo, provides a mix of soul, jazz and Haitian creole melodies — and in early March they're bringing it to BAMcafé, an initiative by the Brooklyn Academy of Music (BAM), the long-standing, vibrant and well-regarded multi-arts center located in Brooklyn, New York.

When they linked up to share their musical roots, solo artists Anie Alerte and Riva Precil began to create sounds for listeners to fall back on. The duo uses the vibrations they've honed from their homeland to bring their eclectic fusion of musical styles to life; their collaboration conveys the beauty, unity, and culture of Haiti in a way that only music can express:

Haitian-American photographer Francesca Andre, who has been working on the duo's promotional images, explained, “We don’t have too many Haitian singers who sing traditional songs.” Both Anie and Riva grew up in Haiti; Riva’s voice and energy are reminiscent of Lunise Morse from the Haitian band, RAM, and Anie gained a lot of stage experience performing in Haiti with groups like Haiti Couer de Femme.

Global Voices had the pleasure of speaking with Riva, who graduated from Loyola University in the US state of Louisiana with a degree in music therapy, about this exciting musical merger, education and the role of music in today's world.

Global Voices (GV): As a performer, how do you connect with your audience?

Riva Precil (RP): Through sound vibration. Even though the bulk of my repertoire is in Haitian Creole, people are usually able to pick up on the overall message of the song based on the melodies and energy throughout a performance. A sad song is usually slow and minor while a jovial song is more upbeat and major.

GV: How did your musical collaboration with Anie evolve?

RP: Anie and I met a little over a year ago; someone in Haiti had mentioned to me that they discovered an artist they thought I would love, and they were absolutely right! She moved to New York a few short months after and we met at a show that we both performed at. We're both very different artists, but share the same passion and therefore meet somewhere in the middle. It's a beautiful vibe when we link up. We try to perform together any chance we get.

GV: What made you both decide to blend soul, jazz and creole — and what similarities brought them together?

RP: Well, I grew up in Haiti and my father is Haitian, so that's where the creole came from. My mom is a big soul fan and listened to all the greats, so that's where that came from. And I went to college in New Orleans where my love for jazz only grew deeper. When I auditioned at the LaGuardia High School of Music & Art and Performing Arts, I sang “My Man” by Billie Holiday. I'm a potpourri of musical influences. 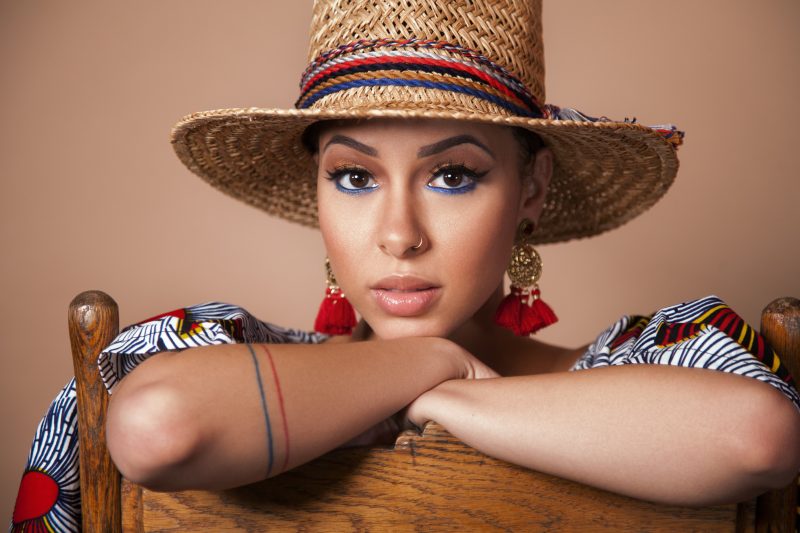 GV: Music is, in many ways, your life. Tell us a little bit about what it was like taking on a major like music therapy:

RP: Music therapy is like a combination of music and psychology mashed up into one major. My time was split between chorus, musing theory, songwriting, psychology, and of course the usual suspect core classes. It was quite an amazing experience, as we were sent out into the field to do hands-on music therapy sessions. I've worked with premature babies in the neonatal intensive care unit (NICU), children's hospitals, centers for the mentally or developmentally disabled, end-of-life care, geriatrics, and more. Each population has unique needs so sometimes I would sing to them, sing with them, or work on movement and mobility. It's really quite a vast and fascinating field.

GV: How accessible is your music in Haiti?

RP: It's available online, iTunes, Spotify, Amazon and can be found on YouTube. The physical CDs are available at select stores in Haiti. [We've both] gotten a tremendous amount of support through social media from around the world, which I'm very happy about.

GV: How important has social media been to this mashup?

RP: Very! Social media is such a wonderful platform to get the word out to large amount of people in a short amount of time. Word of mouth is still a thing, but unfortunately not as effective in this day and age.

GV: What has the online response been like to your performances on YouTube, especially since integrating these musical genres?

RP: Very positive, they've been well received overall. People have been riding the wave along with us. I get videos of people singing and dancing to [the] music, letters of support and encouragement, I meet girls who tell me that they didn't embrace their culture before […] and now they want to learn more and truly embody the essence of their culture. That brings me immeasurable joy.

GV: How does being a Haitian-American artist around this time feel?

RP: I feel like it's the thing to be! A few years ago, I don't think it was as cool as it is now. It's definitely hipper now that we have such an overwhelming amount of Haitian pride circulating, particularly from the youth. It's such a great time to be an artist of Haitian descent.

GV: How much are you looking forward to your performance at BAM and what do you want people to take away from it?

RP: I am beyond excited! When I was creating my list of dream places to perform, BAM was in the top three. I'm so elated to see my dreams come to fruition and what better way than to be doing [so] alongside my fellow Haitian sister in honor of Women's History Month?

GV: How have you prepared for this performance?

RP: Rehearsals — separately and together — so that we're all on the same page, promoting through as many media as possible and just getting everyone's spirits in the right place in time for the big day. We're all very much looking forward to it.